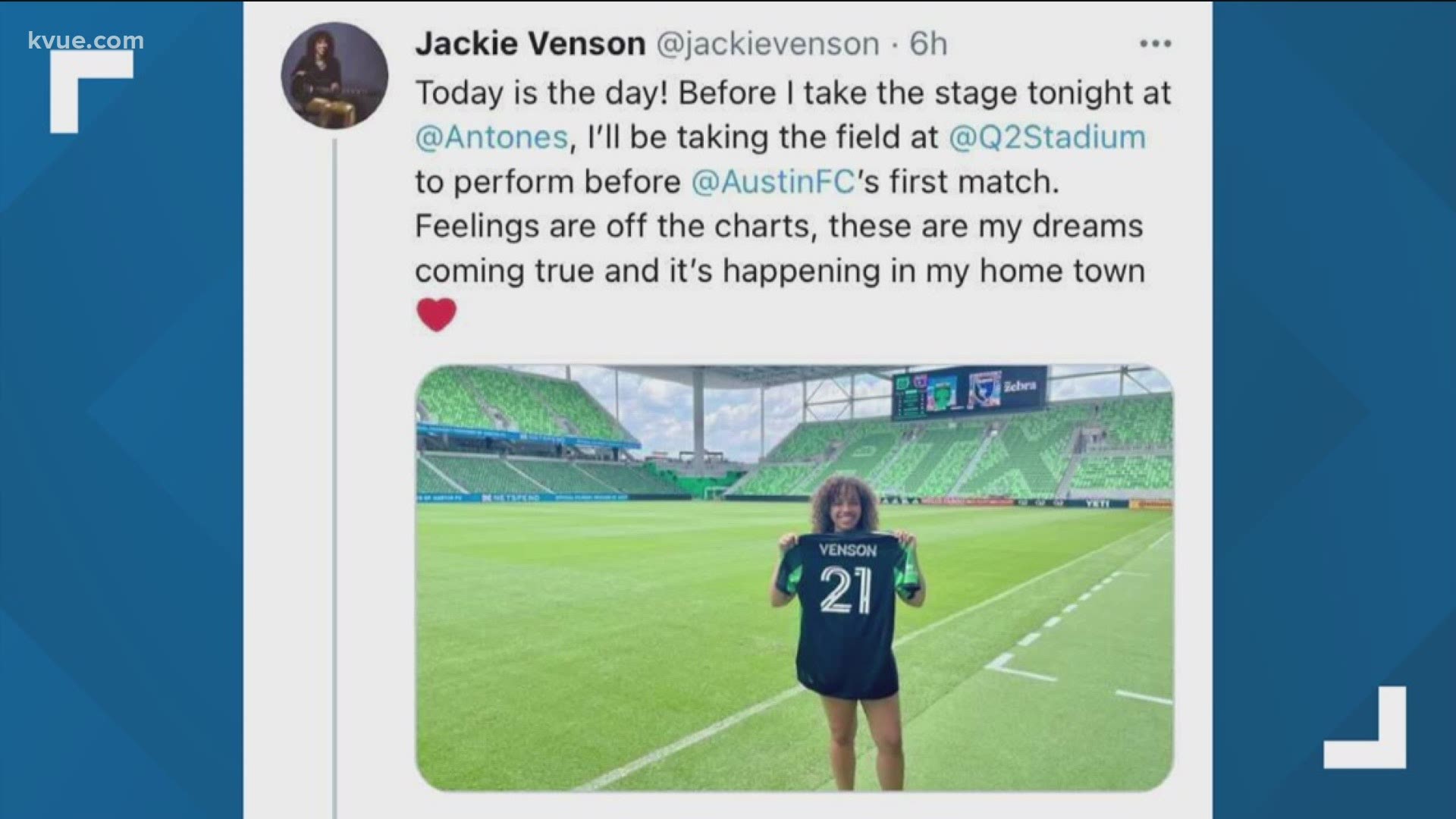 AUSTIN, Texas — Austin FC are taking note of the fact their first home game falls on Juneteenth with a special performance by a local musician.

According to the club's Matchday Guide, just before the 8 p.m. kickoff, Austin singer-songwriter and guitarist Jackie Venson will perform "Lift Every Voice and Sing," often referred to as the "Black national anthem."

"Feelings are off the charts, these are my dreams coming true and it's happening in my home town," Venson tweeted on Saturday morning.

Today is the day! Before I take the stage tonight at @Antones, I’ll be taking the field at @Q2Stadium to perform before @AustinFC’s first match. Feelings are off the charts, these are my dreams coming true and it’s happening in my home town ❤️ pic.twitter.com/qx07e5hNXv

Venson played a sold-out show at Antone's on East Fifth Street on Friday night and will play a second sold-out show on Saturday night following her appearance at Q2 Stadium. Venson will be joined at Antone's by her father, musician Andrew Venson, and his band.

Austin FC kicks off their ninth match of the 2021 Major League Soccer (MLS) season against the San Jose Earthquakes at 8 p.m. CST. For more on how and where to watch, plus a preview of the game, click here.

WATCH: Meet the Austin FC fan who has been to every game