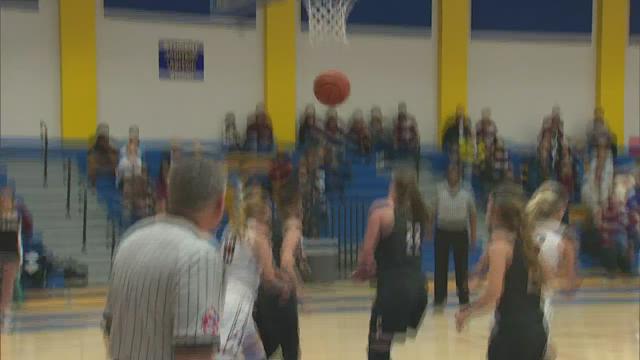 Argyle girls basketball has won three straight state championships. Which leads to statements like that. But this year's team is not the team that won those three titles.

"We're a new team. New Coach. This is a new start for us," Argyle senior Leighton Eschle said. "And we're gonna make a name for ourselves."

Argyle lost three senior starters off last year's team, leading some to doubt that the Lady Eagles can four-peat.

"I think proving them wrong is what kind of drives us," senior Morgan Yarbrough said.

"We know it isn't going to be easy," head coach Chance Westmoreland said. "There's a lot of really good teams. But I think it will be really special if we can at least get down to San Antonio, and see what happens down there."

But if Argyle is going to make it four straight State Championships, they're going to need the leadership of a pair of sisters -- one a senior, and one a freshman.

"We've always dreamed of playing together..."

Gabby and Sydney Standifer -- a sister-sister backcourt that ties one generation of Argyle success to the next.

"I was like Sydney, no matter what when we go out there on the floor, we expect to win," older sister, senior Gabby said.

They are still sisters...

"Yeah, she tries to get me in trouble sometimes," Sydney says with a laugh. "But it's not that often!"

But they're enjoying every step of this one year together, on varsity.

"Everytime we get to work out together, we make it the best, because pretty soon it'll be our last ones that we get to do together," Sydney said.

Sisters, steering the ship, toward #4. Even without the talent of yesteryear.

"Seeing us walk in and warm up, you're like 'no, we could beat that team easy,'" Gabby said. "But I think once we get on the court, and we show them what we can do, they're like 'okay, wait, maybe they are pretty good.'"