'Have you ever played with any females?' 8th grade girl asks Dak Prescott. Here's his answer 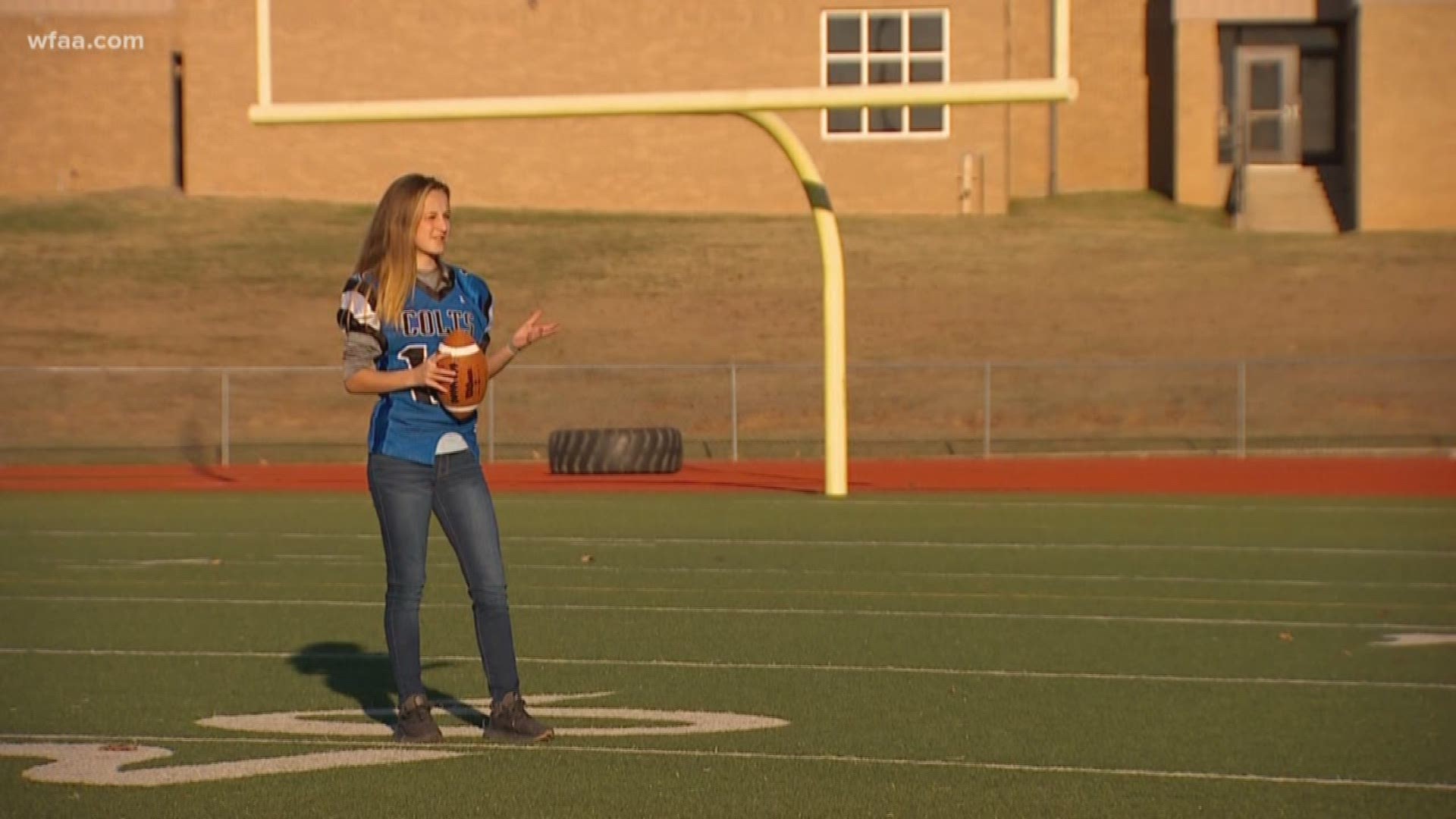 COLLEYVILLE, Texas — Football is not a game for the faint of heart, and no one can question the heart of Kaylee Baudrau.

"I just love football," she said. "It's complicated. It's really interesting.  And it's brutal. So I like it."

She's not afraid and this year she walked on the team at Colleyville Middle School, where she is the only eighth-grade girl playing football.

"I play running back and on defense, I play corner," Baudrau said.

She is brave on the field, and this week she was brave before one of her heroes.

At a radio show for 105.3 The Fan, Dak Prescott met with fans and answered questions. Kaylee approached him with a good one.

"The exact question I asked is, 'Have you ever played with any females?'" she recalled. "Because I haven't seen any females play in the NFL."

"I told her in little league football, we played against a girl. She was a linebacker and she played all the way into middle school," Prescott said. "I told Kaylee we were all scared of that girl because she was real good. And you didn't want to get embarrassed or beat by the girl."

The moment spread quickly online, a question-and-answer that apparently resonates.

"Football has taught me to respect more people," Baudrau said.

She says she wants to continue playing football in high school, and potentially in college and maybe even the NFL.

And now she knows that female players can earn the respect of the very best.

"I'm a hundred percent a fan of Dak Prescott," she said.