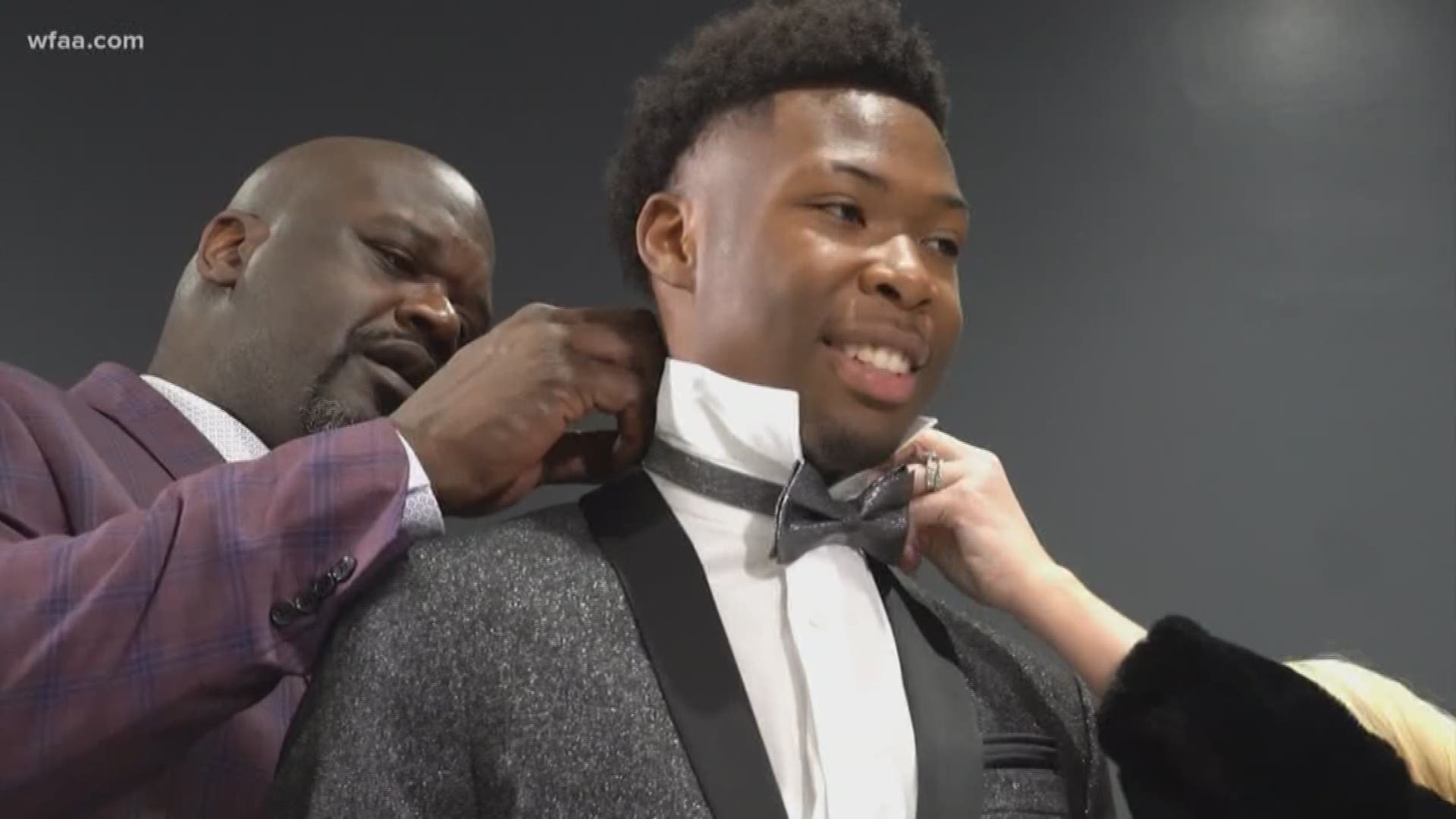 HURST, Texas — Kylon Owens is a 17-year-old senior at South Oak Cliff High School who dreams of being in the NBA.

He plays center on the varsity basketball team and is the team's tallest player, standing at 6'10". While it's great being tall on the court, he admits it is hard to find clothes that fit well.

With all he has accomplished on and off the court, Kylon was surprised by JCPenney with a wardrobe fitting. On Wednesday morning, Kylon and his parents went to the JCPenney location in Hurst.

"We want to help you look your best," JCPenney's CEO Jill Soltau said. "I want to mention that we're going to have a little help today. […] He is our style ambassador for Big & Tall Men's, the one and only Shaquille O'Neal!"

Shaq walked out and surprised Kylon. It was Kylon's first time meeting his idol.

"I watched him on TV my whole life, but I've never met him in person," Kylon said.

O'Neal helped Kylon pick out a few different suits to try on. The third suit was the perfect fit.

"He's 17. He's a kid, you know. He's the star basketball player so when he walks into prom, all eyes are going to be on him," O'Neal said.

Kylon said he will continue working hard so he can be like Shaq one day.