'Routine, until no more': Reflections on a world without sports

The end of March is typically a busy time of year for sports fans and journalists, but that has all changed this year. 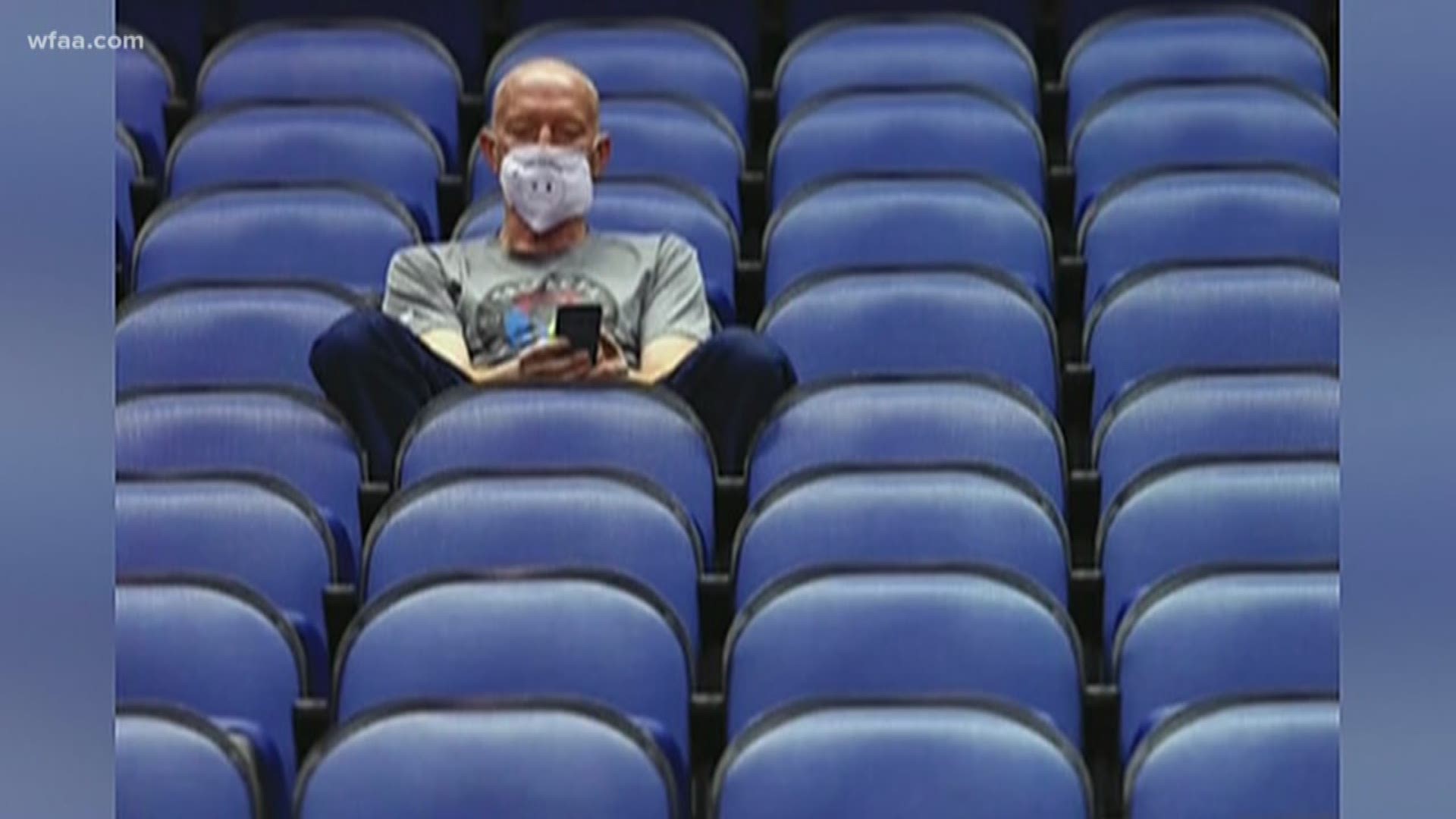 Thursday was the day the Texas Rangers were supposed to open their season in Seattle. It was also the day NASCAR fans would begin gearing up for race weekend at Texas Motor Speedway.

The end of March is typically a busy time of year for sports fans and journalists, but that has all changed this year.

I have been covering sports for almost 40 years in North Texas and have been reflecting on how much has changed over the last few weeks.

Routine, until no more...

I would like to think, I never took you for granted,

But I must admit, your routine became my norm…

The splendor and grace of those who performed,

Confirmed, beauty is in the eye of the beholder…

And I behold you

Routine, until no more….

You have always been the calm of any storm,

Refuge, when I needed a safe place to land...

Now in the midst of a global pandemic,

Not even you, my go to, can I depend

Routine until no more…

You were my escape, in times of despair,

My distraction, in times of sadness….

You even brought me a sense of pride and honor, when I was weary....

which filled the air…

Today’s March Madness has no brackets, snubs nor Cinderellas,

But instead, a much different line-up, of our new heroes,

Credit: AP
FDNY paramedics place an empty collapsible wheeled stretcher into an ambulance after delivering a patient into the emergency room at NewYork-Presbyterian Lower Manhattan Hospital, Wednesday, March 18, 2020, in New York. "Do not go to the emergency room unless it is a true, immediate and urgent emergency," said Mayor Bill de Blasio, who pleaded Tuesday with people who suspect they have coronavirus symptoms to stay home and see if they improve in a few days before even calling a doctor. For most people, the new coronavirus causes only mild or moderate symptoms. For some it can cause more severe illness. (AP Photo/Mary Altaffer)

While I totally understand the measures now in place,

It doesn’t diminish my sorrow and need of your space...

Life and death is front and center now,

So today, my reflections will simply have to do…..

Who would have known,

A simple embrace from out-stretched hands

Would instead, one year later, be replaced with 6-foot separation and mandatory isolation

But it is the beauty and sounds of Mother Nature,

That will happily fill my void of you,

Because for now, life as we know it, is this ‘routine’... until no more