'I really don't think they understand what's going on up here in Jersey and New York,' Frazier said 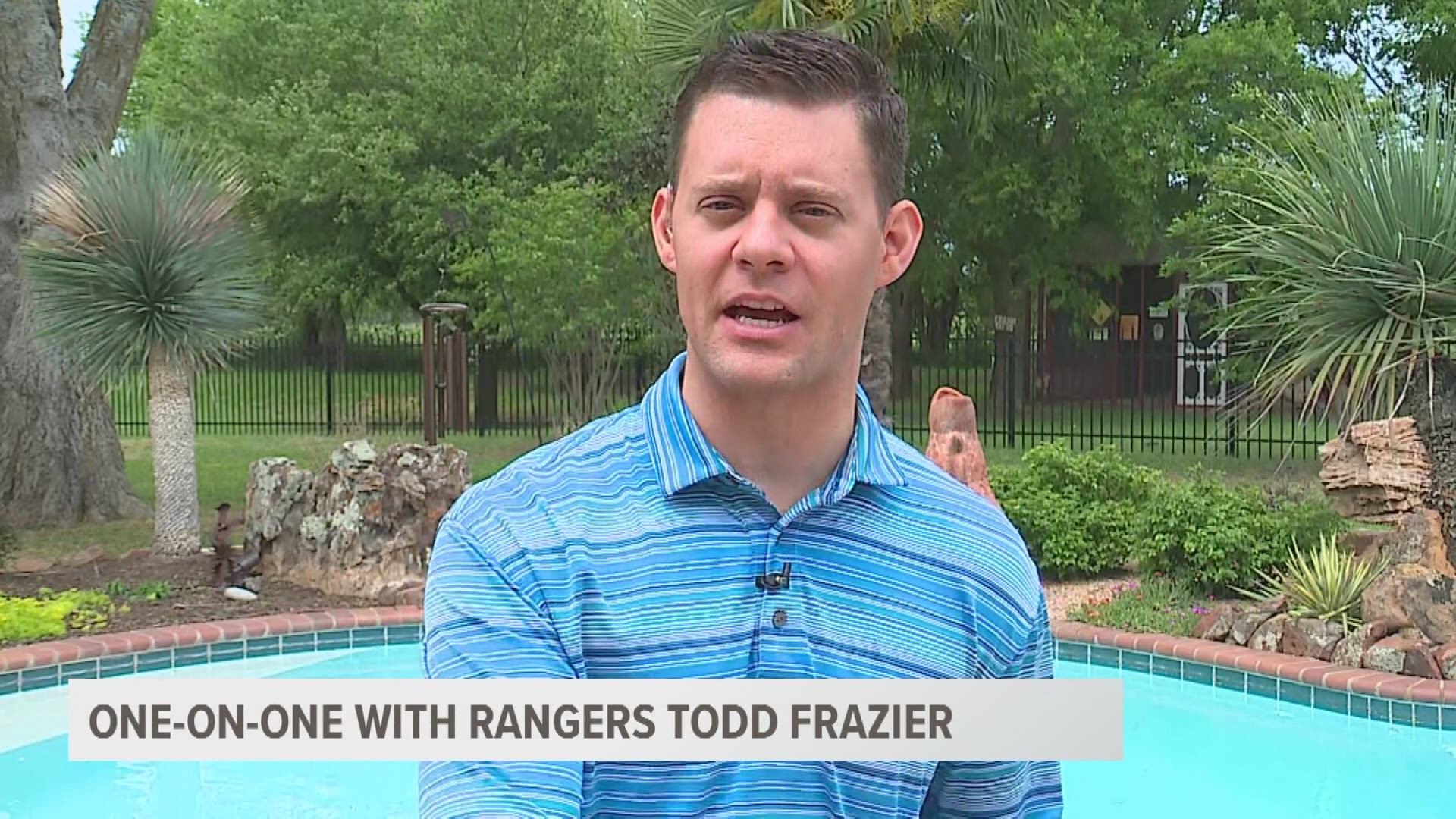 Texas Rangers third baseman Todd Frazier threw some cold water on the reported plan to play Major League Baseball games in a quarantined 'bubble city', Thursday, saying "it sounds good," but ultimately he doesn't feel it's in touch with reality.

"I really don't think they understand what's going on up here in [New] Jersey and New York, and how bad it really is," Frazier said in an interview via Skype.

"Bottom line, I don't see it working," Frazier said, noting that there are still several questions about how to make the concept operational.

"If they go through all the steps that they're supposed to, and the CDC and everybody says it's okay, I mean, I guess it's a go," Frazier said.

"I don't really know why they're trying to do this as soon as possible, when there's a lot of things going on in this world and the United States that are basically saying not to do it."

Frazier lives in Toms River, New Jersey with his family -- not far from the American epicenter of the COVID-19 outbreak, in New York City.

"Seems like every other day there's something new coming up," Frazier said. "So, we're house-bound."

Even if the health concerns are allayed, and MLB is able to orchestrate a bubble city, Frazier isn't sure players will want to leave their families.

"Guys that have families, I think that most of them are going to be pretty upset about it, if you want the truth," Frazier said. "I would be."

"It's very premature, what they're talking about."