Elliott's long-term health is only benefited if Pollard can continue to produce, split workload 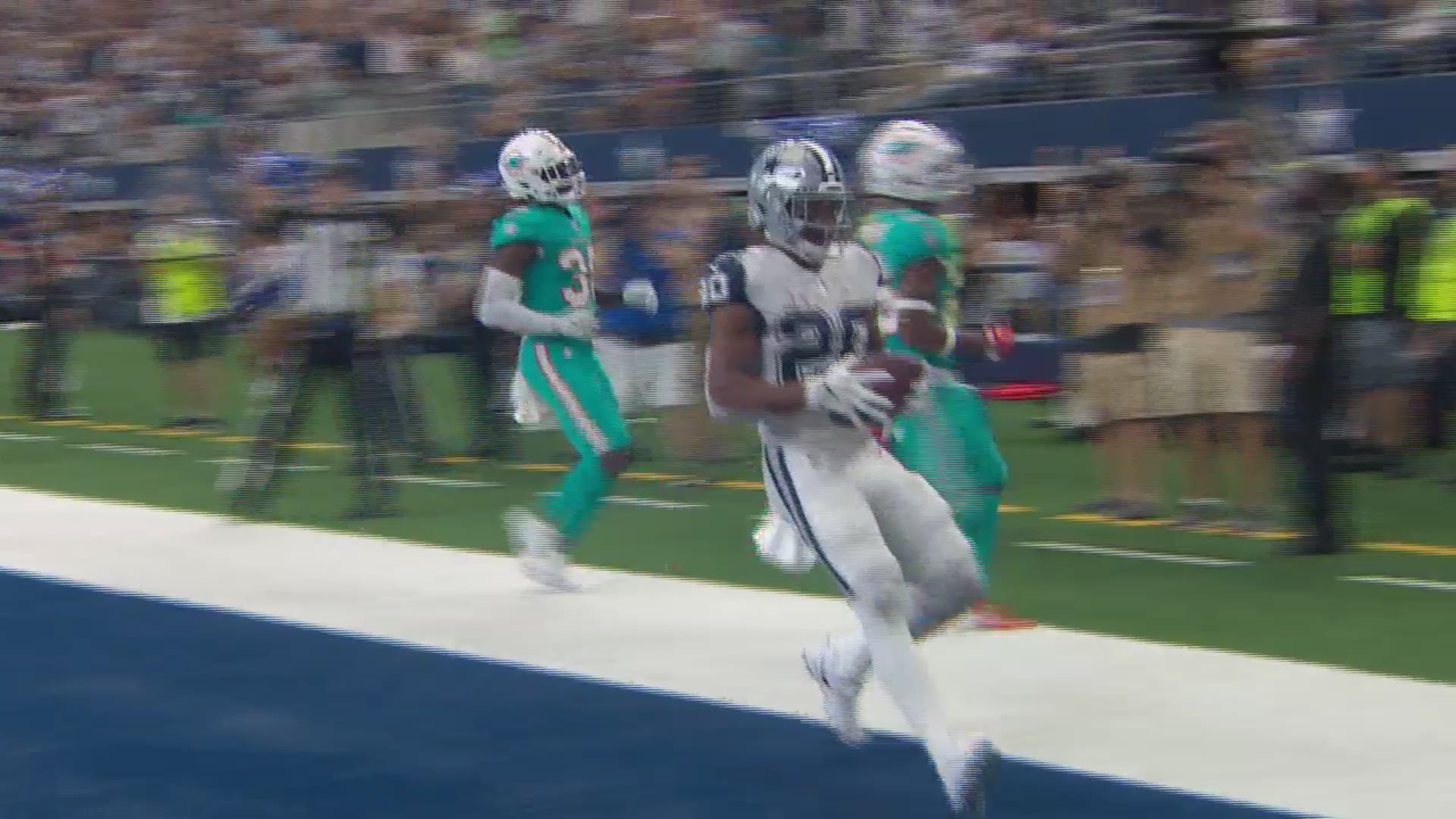 FRISCO, Texas — Ezekiel Elliott has company in the Cowboys backfield.

The Dallas Cowboys 4th-year running back has something he's never had before -- a backup that can truly help carry the load.  Rookie running back Tony Pollard appears to be the Robin to Zeke's batman that the Cowboys need for the long-term future of their $90 million investment.

"Just being out there, making plays, showing that I belong," Pollard said. "Just hopping in right where he left off, and having no drop off when he comes out of the game."

Pollard joined Zeke in eclipsing the century mark on Sunday, marking the first time the Cowboys have had two players rush for over 100 yards in the same game since Emmitt Smith and Chris Warren did it in 1998.  And Pollard's just getting started.

"It just makes everything easier," Pollard said. "If it's something that I'm not sure of, I can just watch him do it, and just see how to do it. And if there's something that he's not sure of, and he makes a mistake, I can learn from his mistake. Just both of us getting better, as time goes on."

And this is important for far more than just one game against the Dolphins...

And that has big impacts for Elliott, this season and in seasons to come.  The Cowboys philosophy has flipped on it's ear -- instead of running Zeke into the ground, now, they want to preserve him for as long as they can.

"That load gets divided in two, so it's not me getting 30-35 touches a game anymore," Elliott said. "Down the season, we're both gonna be fresh, and ready to go."

A two-headed monster... where one of those heads is the best back in the league.

"It's gotta be tough on defenses," Elliott said. "And good luck to them, trying to deal with that the rest of the season."