Patrick's POV: Cowboys must lean on trio of threats on offense

With Amari Cooper in the fold, suddenly things are opening up on offense for Ezekiel Elliott and Cole Beasley 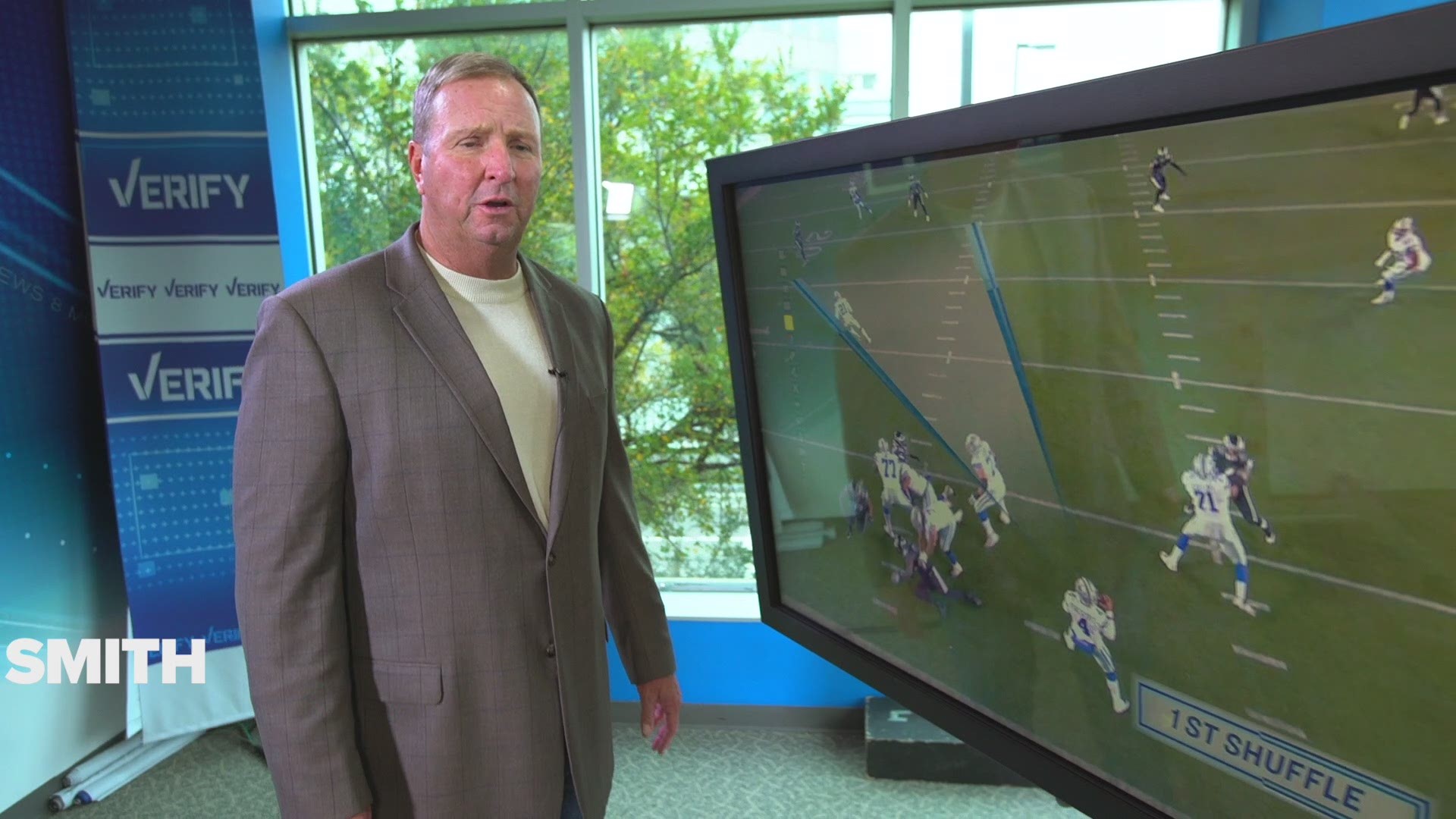 DALLAS — When the Dallas Cowboys came off of their bye week with a loss on Monday Night Football, it had seemed at the time as though their playoff and division hopes were all but lost. Especially as that loss dropped the Cowboys to a 3-5 record and showed they weren't invincible at home. Suddenly, just two weeks later, the team has risen from the ashes like the Phoenix.

The Cowboys, fresh off two road wins against tough bird teams in a season where they had been winless on the road, are now just a meager one game back of division-leading Washington who seem to be spiraling out of control. On Thanksgiving, incredibly, the Cowboys will play Washington for the division lead.

The offensive line for Washington is banged up and now their quarterback Alex Smith has been lost for the season after a horrific leg injury on Sunday against Houston. Meanwhile, Dallas has won back-to-back games and are looking to pounce.

That's the macro of the situation. In the micro, the Cowboys' offense still isn’t where they want it to be but they are making positive strides. The team traded their first-round pick in next April's draft for Amari Cooper and that has helped this team in a multitude of ways. Dallas has improved their 3rd down conversion rates, has seen more red-zone trips and Ezekiel Elliott has returned to dominance, especially in the last two weeks.

Elliott, as it was designed to be from the start, has been the focal point of the offense. He should be considering how this team was built. Given how the Cowboys’ offense is deployed, they want Elliott to punish defenses, wear them out, and then deliver the knockout blow late in games. Against Philadelphia and Atlanta, that plan worked to perfection.

The gameplan needs to continue to incorporate a heavy dose of Elliott but the team has to find a way to get their two best receivers in the game before the second half. During his weekly segment on 105.3 The Fan, COO Stephen Jones spoke highly of Amari Cooper when he joined the GBag Nation for a chat. Cooper should have certain plays called to get him the ball.

Elliott can help Cooper and vice versa. Teams know that they have to plan to stop Elliott. Now they have to account for Cooper.

The Cowboys and QB Dak Prescott need to find ways to keep both players and Cole Beasley heavily involved in the offense. They are the biggest threats on the offensive side of the ball and they are the path to the NFC East division crown.

While the Cowboys have other players who can produce, this trio deserves the bulk. Their next big challenge comes on Thursday, and Scott Linehan will need all three working together to take a hold of the division lead with five games remaining.

Do you think that the offense is on the right track or is there still more work to be done? Share your thoughts with Patrick on Twitter @DraftCowboys.