'I feel like everything is on the line': Pandemic a hurdle for high school athletes seeking scholarships

Coach Jackson says many college-bound athletes are spoken for before the season begins. Now in a pandemic the pressure is on students to excel in their senior year. 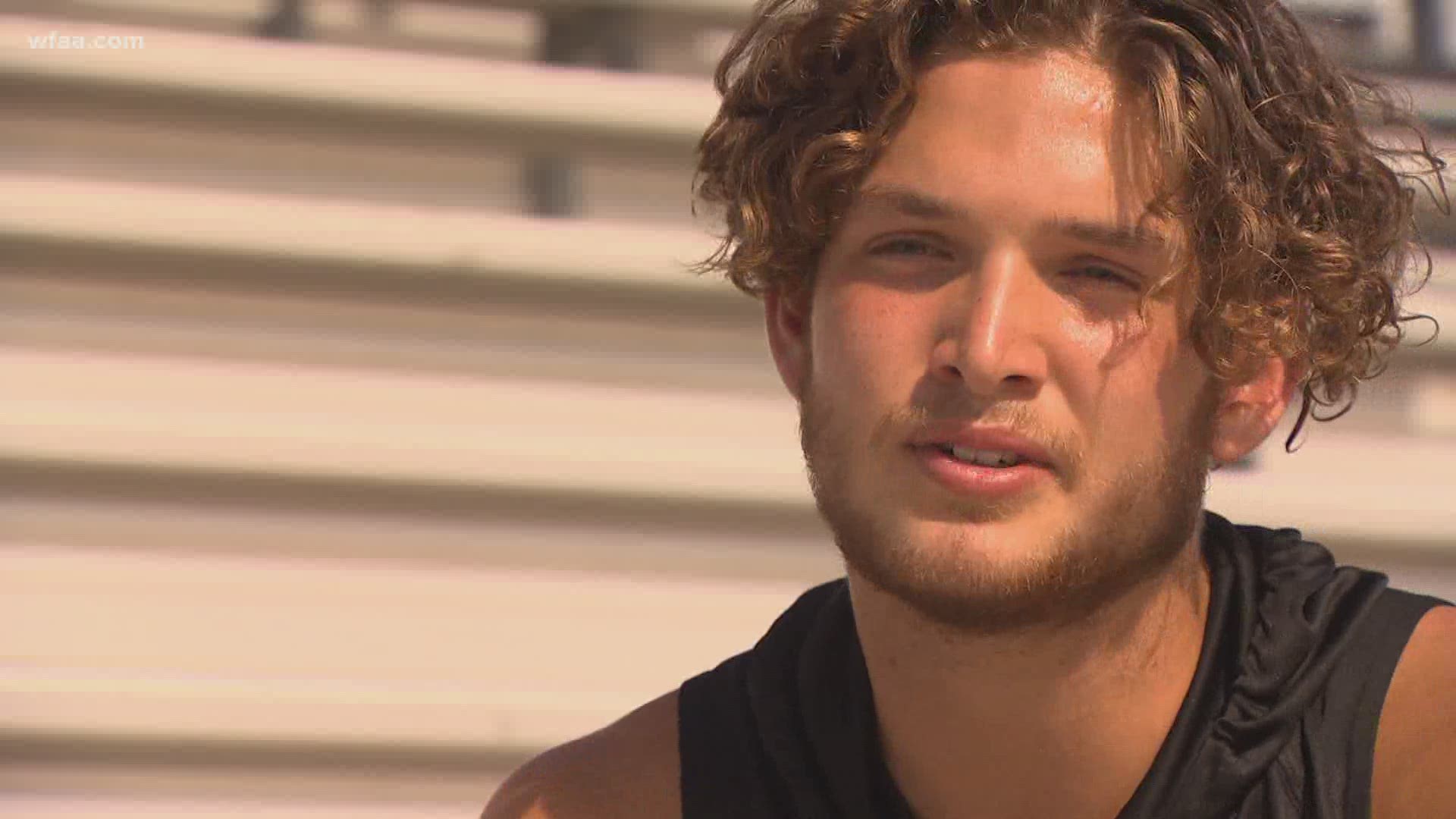 FORNEY, Texas — Collyn Shipley is a senior and plays slot reciever for North Forney High School. He spent late Tuesday at the field behind his school to work on conditioning drills. He'd already spent the full morning in strength training in preparation for the upcoming fall season.

"I feel like everything is on the line...my senior year," said Shipley.

Shipley, like many other North Texas seniors, is hoping a good senior season earns him a scholarship. He has one offer so far, and is ultimately hoping for five offers once the season is over.

"For a guy like Collyn, every game is his resume," said Shipley.

Coach Randy Jackson is entering his fourth year as head coach and athletic coordinator at North Forney. He, like all other educators, is having to navigate unprecedented times of a pandemic.

On Tuesday, the Texas University Interscholastic League (UIL) released plans that delays the fall season for 5A and 6A conferences. The smaller conference will mostly stick to normal schedules.

RELATED: UIL delays fall sports schedule for some, but not all, high school teams

North Forney High School will hold its first practice on September 7 instead of Aug. 3, and its first game is scheduled for Sept. 24 through Sept. 26.

"I really didn't expect for us to get 10 games," said Jackson. He said there is some relief now that some dates have been set in stone.

Every game that gets cancelled, is a game that student-athletes, like Shipley, don't get to impress recruiters. And for most students who have yet to receive offers this season, it is their one chance to get a scholarship for a higher education.

"It's really powerful when you think about it, they can change their families for generations," said Jackson.

Jackson said normally a lot of college-bound athletes are spoken for well before the season begins. He said this senior year means more for both students and recruiters, because spring football was cancelled this year as well.

Jackson has a handful of kids, like Shipley, who hope to write their resumes this year and have a chance to prove themselves.