The team disputed the disqualification. 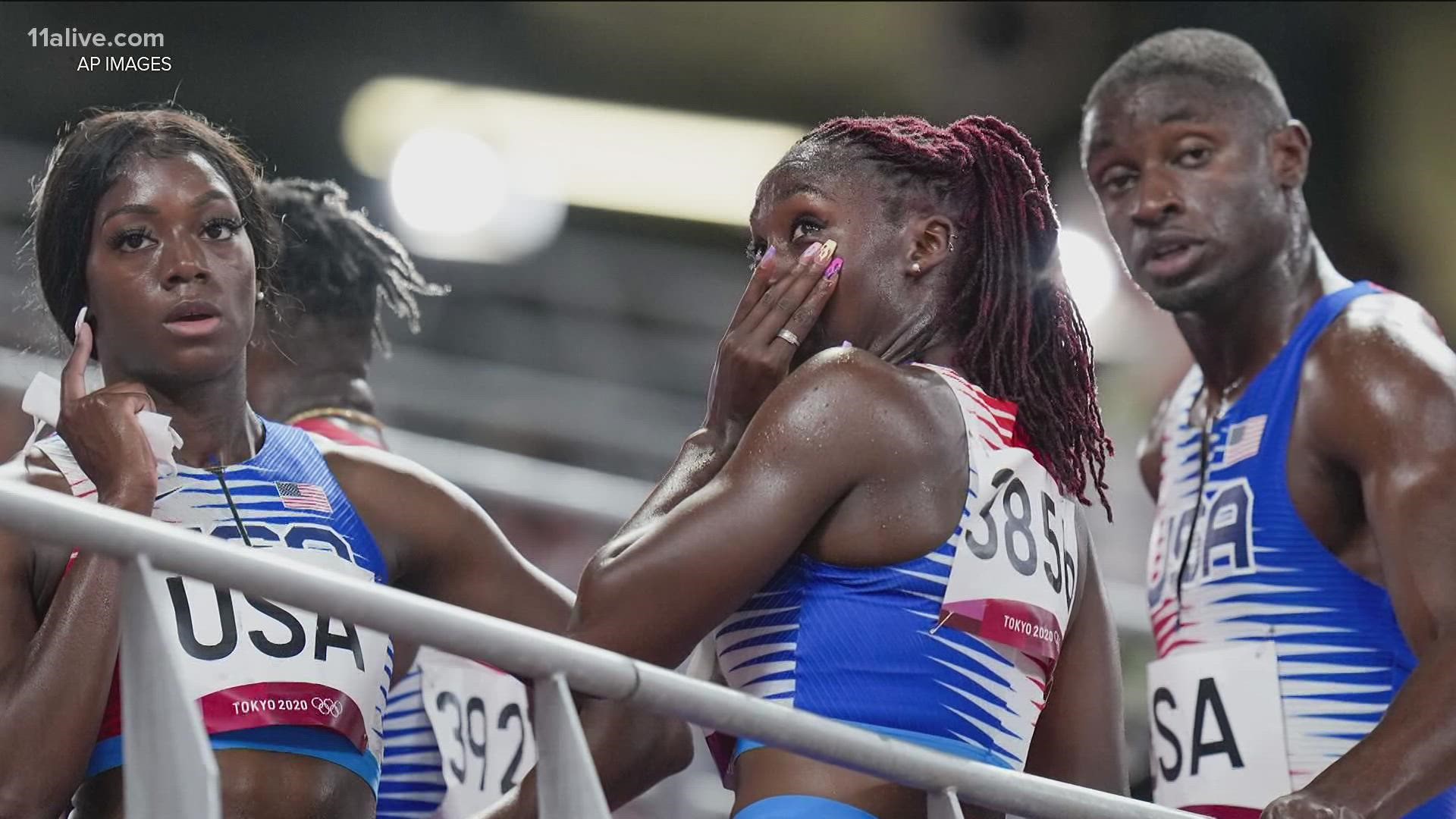 TOKYO, Japan — UPDATE: After a review, the relay team has been reinstated and will compete on Saturday.

BREAKING NEWS: The U.S. 4x400M Mixed Relay team has been reinstated and will compete in Saturday's final.

This is the moment in question.

Tensions were high after track and field events at the 2020 Tokyo Olympics on Friday morning. The USA mixed-gender 4x400 relay team seemingly glided to first in heat one of their event, posting one of the best qualifying times.

But when results hit the board, they heard devastating news: the Americans didn't win the heat, they were disqualified.

Their faces dropping in disappointment.

Irby was in tears after hearing the official disqualification. So why was the United States disqualified from the race? An NBC commentator said the American team faced disqualification after a faulty exchange.

When it was time for UGA's Elija Godwin to pass the baton from the first leg of the race to Irby for the second leg, Irby's placement was "outside" of the zone allowed for the handoff.

"A missed opportunity for the American quartet," the commentator said.

According to the World Athletics Technical Rules, athletes are not allowed to start running outside their allotted zones.

"For all takeovers, athletes are not permitted to begin running outside their takeover zones, and shall start within the zone," rule 24.19 states. "If an athlete does not follow this rule, their team shall be disqualified."

The faulty exchange has cost the USA mixed 4x400 relay team a spot in the final for their event, and it may have cost Allyson Felix a chance at her record-setting 10th Olympic medal.

It was the Olympic debut for Georgia Bulldogs Godwin and Irby.

Godwin was able to compete in the games following a remarkable recovery after being impaled by a javelin in 2019. The serious injury left his punctured lung collapsed, and even after the surgery, Godwin struggled to breathe. The Dominican Republic was also disqualified. Their team was in violation for failure to maintain order while waiting for the baton in the exchange zone.

RELATED: After a javelin impaled him, UGA Olympian Elija Godwin thought it was all over