A brand new sport makes its debut, the final gymnastics medals are awarded and the U.S. cycling team looks to make history. 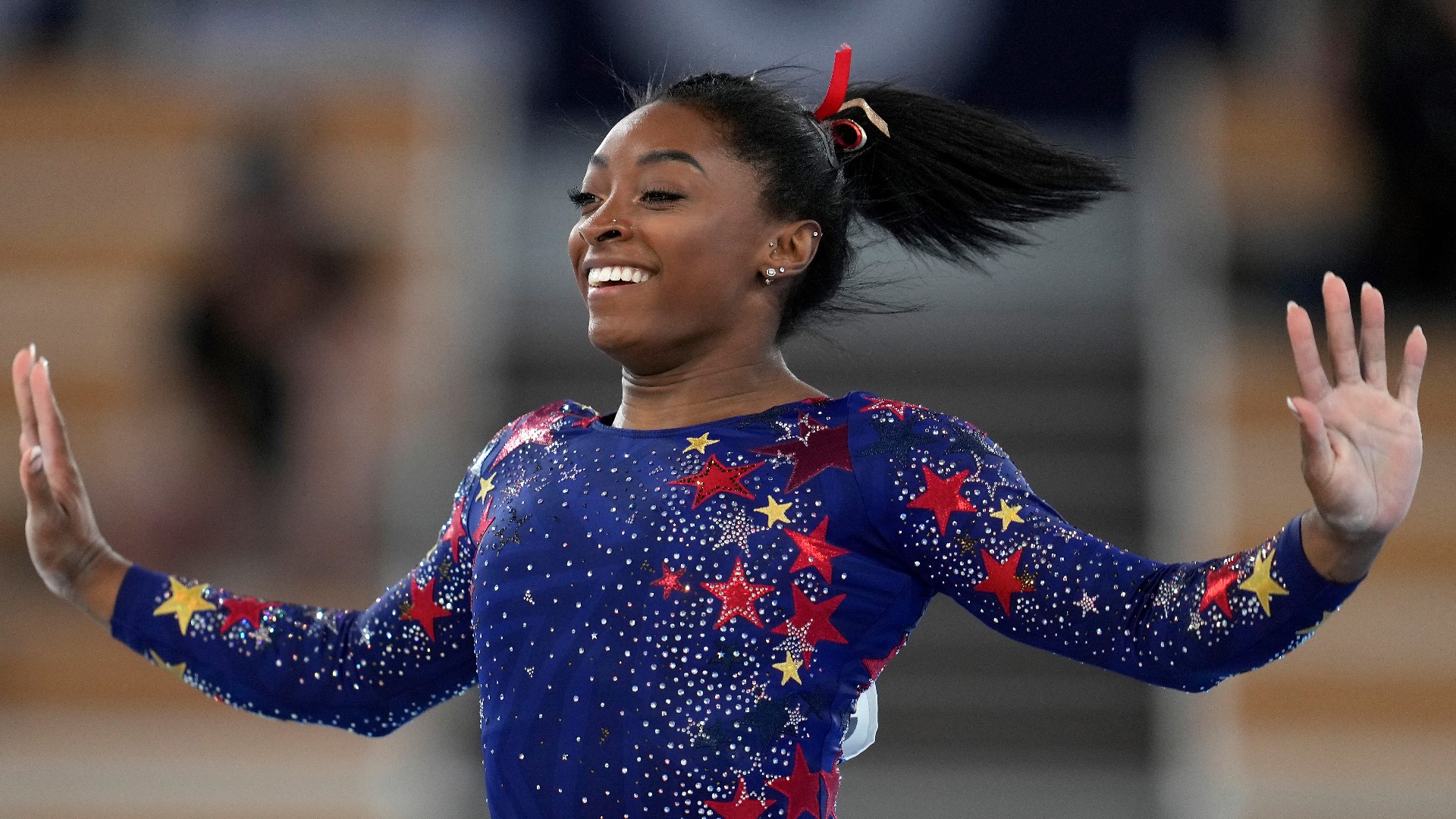 WASHINGTON — The G.O.A.T. returns for the end of artistic gymnastics competition in Tokyo, several track and field gold medals are on the line and another new sport makes its Olympic debut.

Here's a look at some of the biggest events to take place on Tuesday, August 3.

It's the last day of event finals for artistic gymnastics as medals are awarded in women's balance beam, men's parallel bars and men's horizontal bar.

USA Gymnastics announced Monday that Simone Biles would be returning to compete in the balance beam finals on Tuesday, a little over a week after stepping away from the meet to focus on her mental health.

The 24-year-old Biles won bronze on beam in Rio de Janeiro five years ago and qualified for the eight-woman final at the Ariake Gymnastics Centre on the first weekend of the Games.

Biles has been dealing with a mental block that in gymnastics is referred to as “the twisties.” In other words, Biles is having trouble figuring out where her body is in relation to the ground when in the air.

More gold on the line in track and field

The women dominate the stage in track and field Tuesday with finals in the 200 and 800 meters, 400-meter hurdles and the hammer throw while the men take on the pole vault final. Decathlon and heptathlon also get underway.

Skateboarding, making its Olympic debut, moves from the street setting to the park course. The first Olympic medal in history will be awarded in the women’s skateboard park competition.

At the Summer Games, each climber will compete in all three disciplines, and the final rankings will be determined by multiplying the placement in each discipline, with the athletes achieving the lowest scores winning medals.

Athletes hoping to win the first-ever Olympic medals in sport climbing will need to rely on the power and strength in their fingertips.

The U.S. women are the reigning world champion in this event after taking silver in Rio, but have never won an Olympic women’s track cycling title.