'I'm just so grateful': Jasmine Moore is heading to Tokyo to compete in the triple jump for Team USA. Here's how Mansfield sent her off. 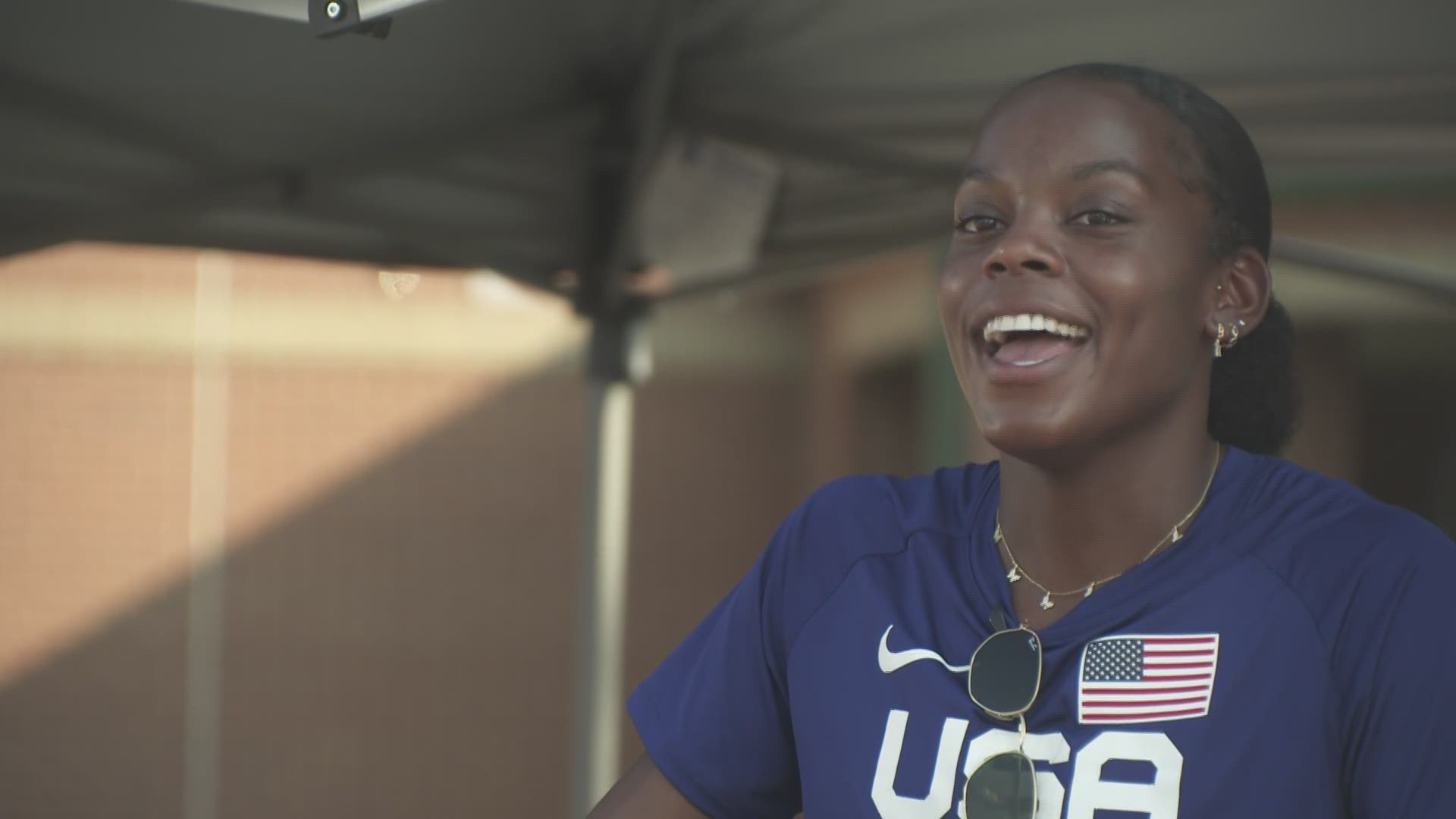 Right behind it, a Mansfield fire truck.

Then, the cars just kept coming.

Some had windows rolled down with small children waving American flags from the passenger seat.

Others blared songs out of their radios that were muffled by incessant honking.

There were signs, cheers and car paint.

All of it was for Jasmine Moore. The 20-year-old Mansfield ISD alumna will compete in the Tokyo Olympics in the triple jump. She's the youngest American competing in the event and second-youngest in the event overall.

“It’s just been such a team effort since elementary school," Moore said. "All my coaches, my teachers, my friends...my family, who’ve helped along the way. It just means so much to me."

RELATED: 'I can't do anything but smile': Mansfield's Jasmine Moore headed to the Olympics for triple jump

Thursday's send-off was emotional for Moore. She said she started running track when she was 5 years old and always had dreams of becoming an Olympian. She said the fact that she's made that dream a reality hasn't sunk in yet.

"Moments like this, that's when it hits, and that's why I get so emotional," Moore said.

Moore attended Danny Jones Middle School and Lake Ridge High School where she was a cheerleader. She also cheered competitively.

In addition to the dozens of people who came to Danny Jones Middle School for Thursday's send-off, officials from the district and the City of Mansfield came to support Moore.

Mayor Michael Evans presented Moore with a proclamation from the city for all of her accomplishments, and Mansfield ISD Superintendent Dr. Kimberley Cantu recalled Moore's success while she was a student.

“When you got to Lake Ridge High School, you soared like no other," Cantu said. “As impressed as we are with your talent, we are equally impressed, maybe even more impressed, by your work ethic and by your heart. As a district, we are blessed to have just been a stop on your journey.”