Keturah Orji, two-time University of Georgia Olympian, could break barriers as the first American woman to win an Olympic medal in triple jump. 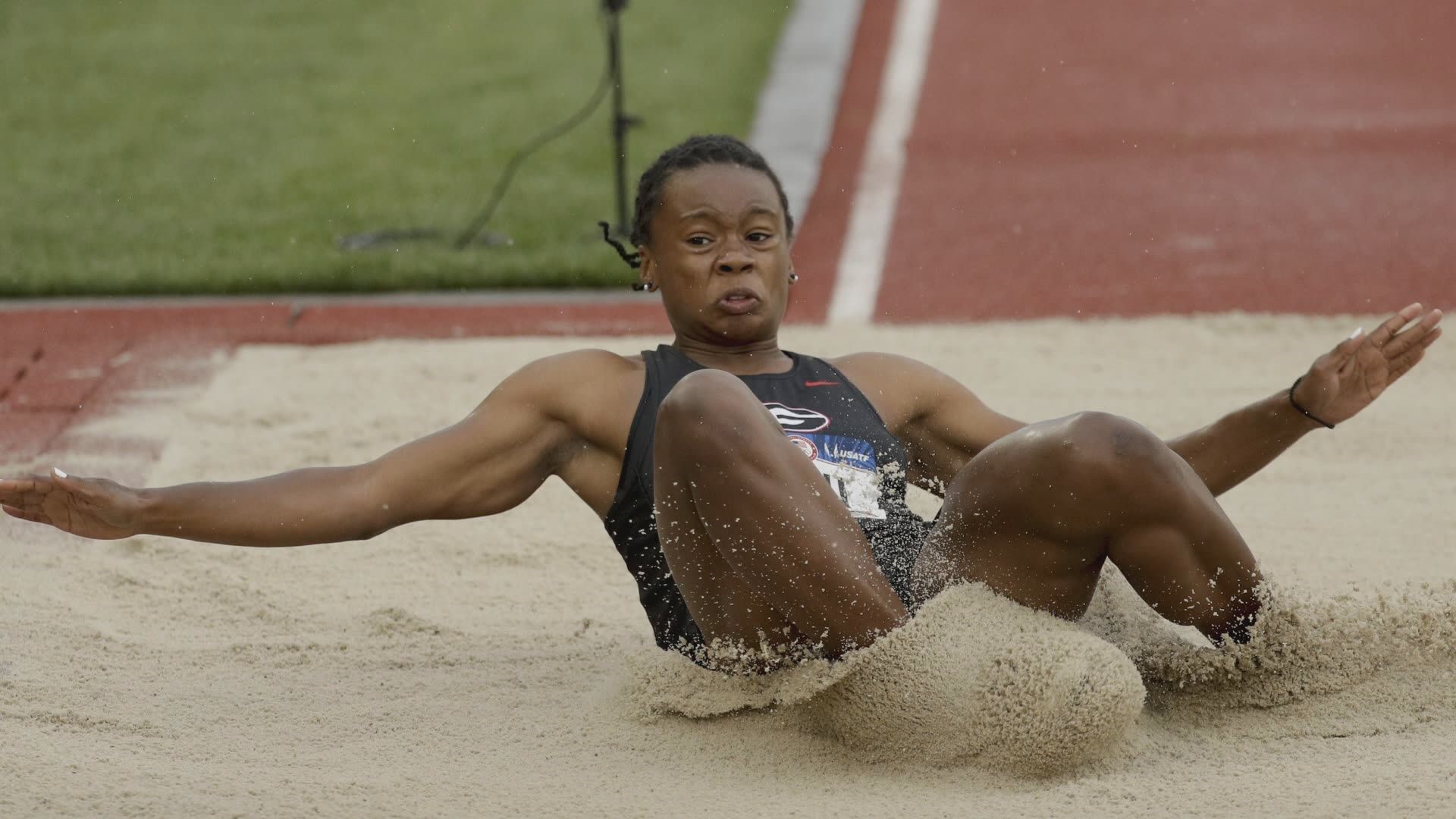 ATLANTA — Keturah Orji always ran fast. In elementary school, the two-time Olympian used to play tag and race with the boys in her class. She was a great runner, but she was even better at jumping.

She always dreamt of being in the Olympics but never planned for it to be in track.

"I always thought about being in Olympics in gymnastics," Orji said.

As a child, she was full of energy; Orji loved to tumble and naturally began gymnastics. She saw progress and heard about the possibility of the Olympics. Orji knew then that the Olympics were the goal.

Gymnastics burnout came in the middle of her high school years. Her track experience changed her life, exactly why Orji said she wants other kids to have the same opportunity. She helped donate 32 tons of sand to Lakewood Stadium.

"Our sandpit wasn't always the best weeds were growing in it and rocks, I know that affected my practice, so to know that they are going to have a great place to practice will help the athletes in their events," Orji said.

She hopes other kids will try out the sport, and she's grateful to be representing her country in the 2020 Tokyo Olympic games. Orji is a four-time SEC champion and three-time national champion in the triple jump.

"I started track thinking it was something I could do for fun," Orji said. "And then I became one of the best athletes in America for it."

Her first Olympics were in the 2016 Rio games, a moment she said is still surreal. The 25-year-old said having that experience at such a young age prepared her as she often competed with women she admired. Doing well against them and seeing them helped Orji realize she was worthy of being at the Olympics.