The 24-year-old was born in Mableton, Georgia and grew up in Atlanta. Now, a forever Olympian, he hopes for a gold medal. 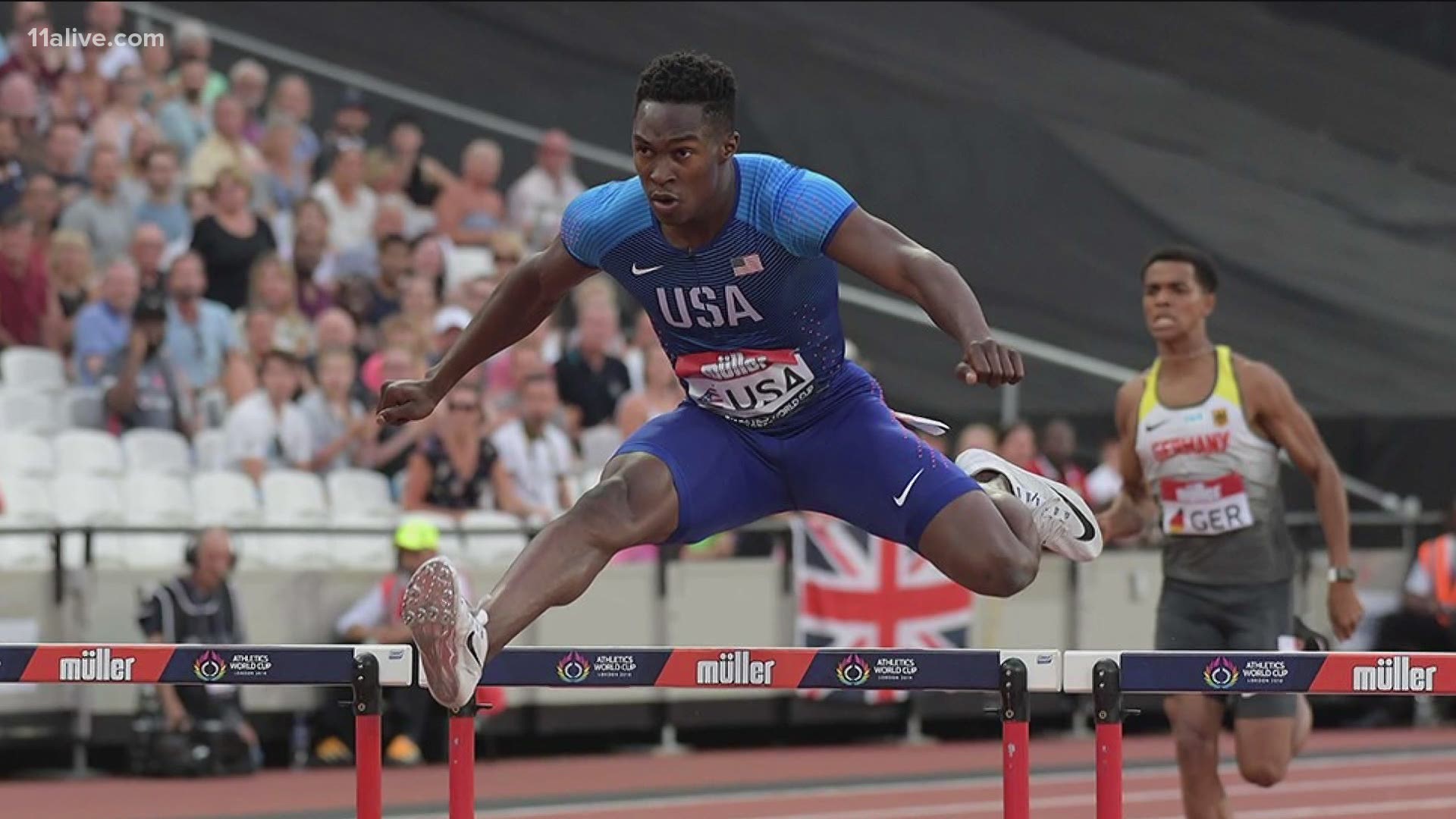 ATLANTA — For 48 seconds, Kenny Selmon's sole focus is to be faster than everyone else. With speed as his whole purpose, the track athlete finds himself trying to slow down -- to soak it all in as he makes his Olympic debut.

"It's sinking in," Selmon said.

Selmon grew up in Mableton, Georgia, and found track and field to be a big part of his life in high school. The 24-year-old UNC-Chapel Hill graduate said his whole life revolved around his Olympic dreams as he always did better in track.

Selmon trained in the back parking lot of the Pace Academy because it didn't have a track. Instead of hurdles, he had speed bumps. Despite the lack of a track, the coaches, one of which is in Tokyo with him, never made excuses and always pushed them.

Now, a forever Olympian, Selmon wants a permanent reminder of the achievement -- an Olympic tattoo.

Selmon competes in the men's 400m hurdles as Team USA at the 2020 Tokyo Olympics. He said he loves representing Atlanta because, to him, it's the best place. He loves the 400m event despite the race's difficulty as it requires speed, strength and timing.

"Track is the hardest sport," he said. "We push our bodies to the end every day at practice – and once you push it that far, you push it again and that is daily,"

Like every other Olympian, Selmon yearns for the gold medal and hopes to make it to the finals. He competes in the men's 400m hurdles preliminary race Thursday.