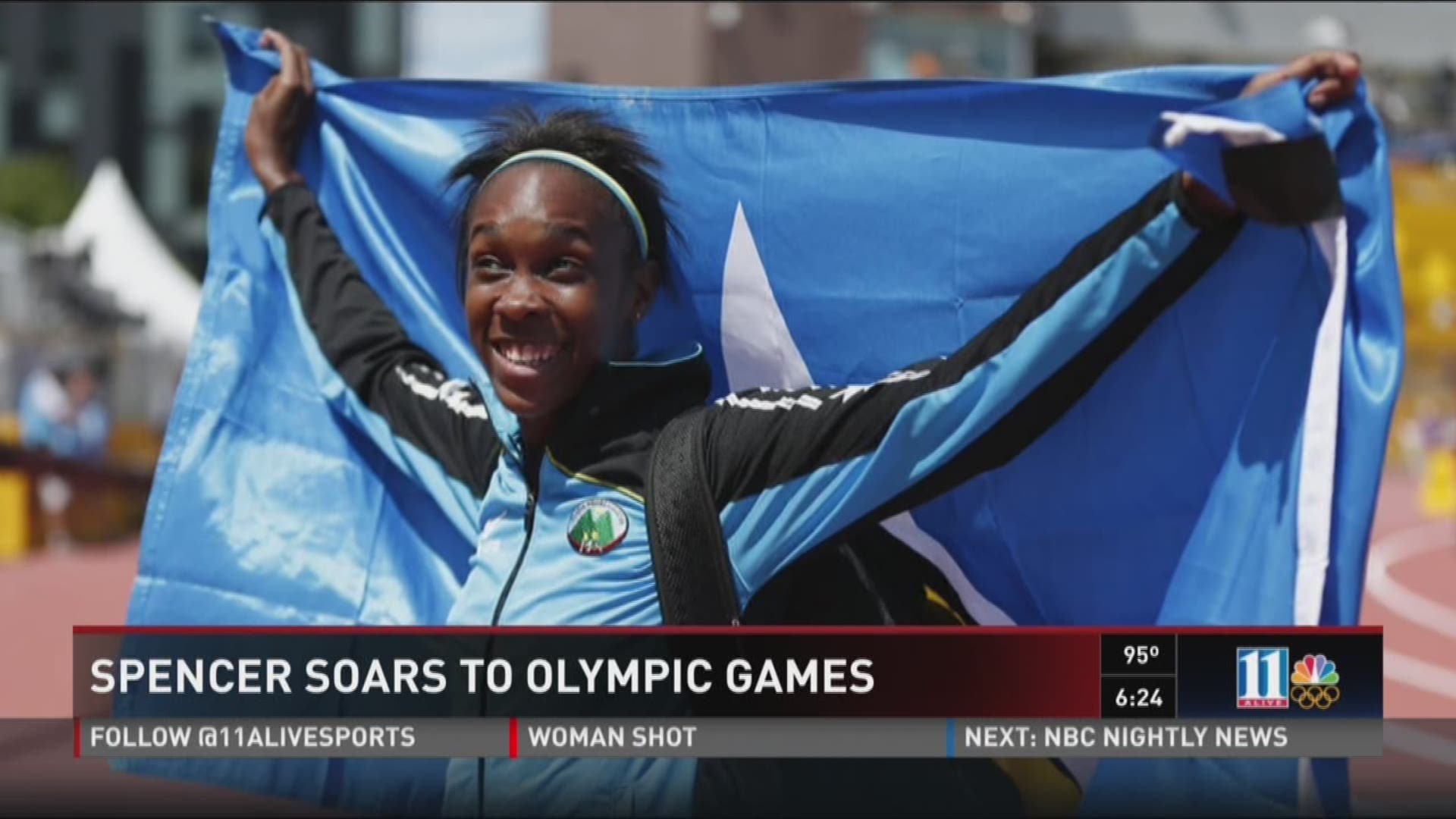 Levern Spencer, a former University of Georgia athlete, and Chaunte Lowe, a former Georgia Tech athlete, will compete for the gold medal on Saturday.

Lowe, Spencer and the 15 other jumpers who qualified for the final all jumped 1.94 meters.

Spencer is representing St. Lucia at her third Olympics. She was born in Castries, the nation's capital.

Spencer, 32, broke her nation's high jump record in her first competition several years ago. She hardly knew what she was doing at the time. She had no formal training, no technique. She just jumped.

Her personal best in outdoor high jump is 1.98 meters, but she really wants to reach the 2-meter mark.

"The benchmark for everyone is to get to the 2-meter mark. When you get to that, everyone is like, 'Okay, this is like the women separated from the girls,' " she said before the Olympics.

Spencer has been named the sportswoman of the year in St. Lucia 13 times. She is a celebrity in her small country, but that does not make her feel any added pressure.

"If I do get a medal in Rio, my whole country would go crazy. We'll probably have a holiday or something," she said.

As for Lowe, she is competing in her fourth Olympics. She was the first female track and field athlete from Georgia Tech ever to go to the Olympics.

Lowe, 32, has been serious in Rio. She skipped the game's opening ceremonies and, instead, went to the gym to train. On her hour-long bus rides to the track, she doesn't wait to start her workout. She just begins working out right on the bus.

When the bus to practice is an hour long & you really want a gold pic.twitter.com/0scM1ckIlk

Lowe is the American record holder in high jump.

Lowe and Spencer will compete for the gold medal Saturday at 7:30 p.m.