The Gopher looked good heading into the men's 125kg freestyle match, and at the last second he was able to secure a win. 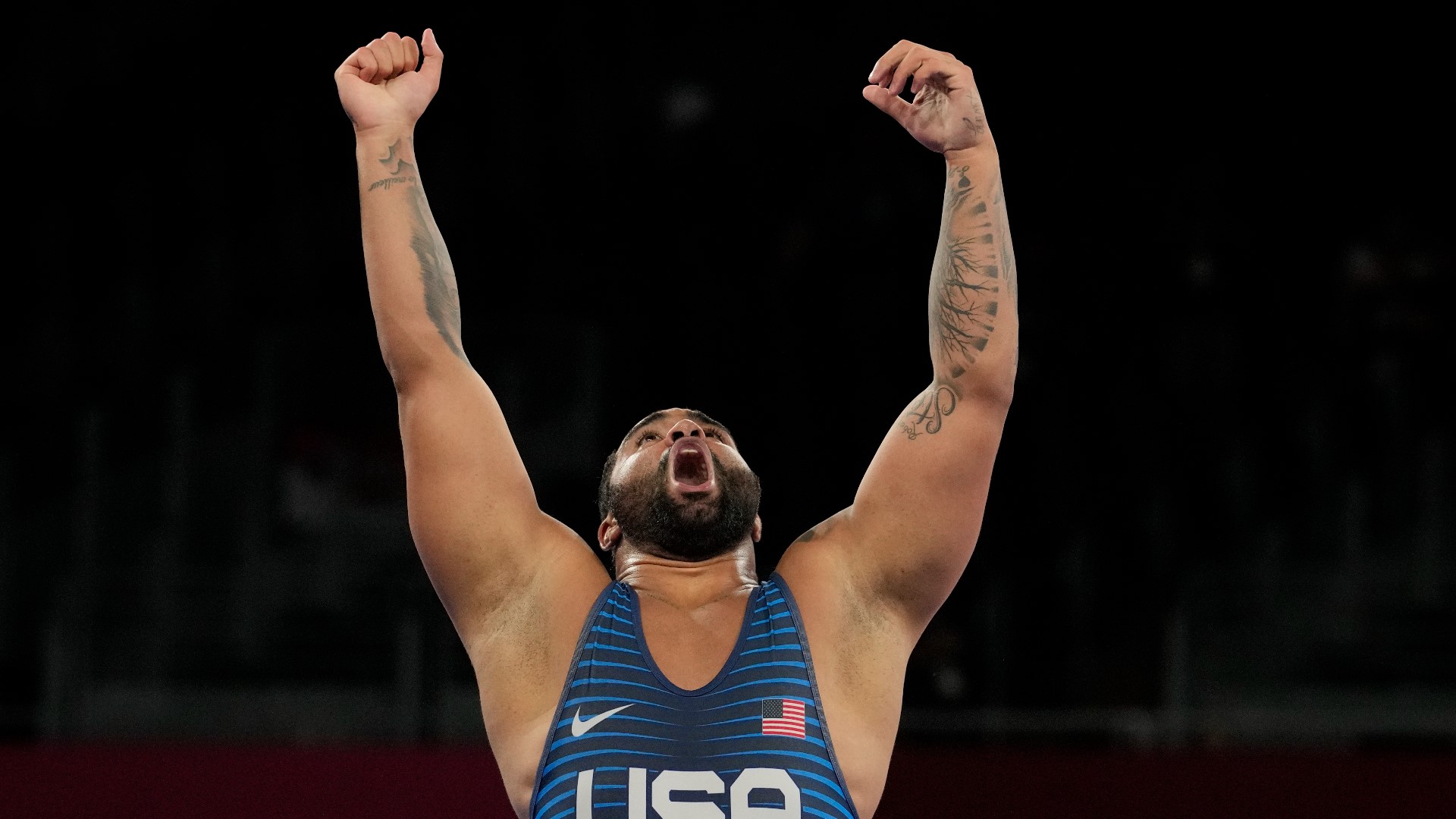 MINNEAPOLIS — Early Friday morning, the University of Minnesota's own Gable Steveson was on the mat competing for a medal in the Tokyo Olympics.

Taking on Geno Petriashvili of Georgia, Steveson was guaranteed either silver or gold.

As the lights came up on the men's freestyle 125kg wrestling final, Steveson had already defeated Aiaal Lazarev of Kyrgyzstan, 10-0, and Taha Akgul of Turkey, 8-0. Those victories in preliminary rounds was followed by a solid 5-0 win over Lkhagvagerel Munkhtur of Mongolia in the semifinals Thursday.

Friday morning a group of friends and family gathered in the Bierman Athletic Facility at the University of Minnesota to cheer Steveson on.

The match was a close one, and Petriashvili took Steveson to his back two times during the match, but Steveson would not stay down.

It went to the final seconds, but Steveson was able to pull off a gold medal victory. Despite a challenge from the Georgian athlete, Steveson was declared the winner, 9-8.

In an interview following the match by KARE 11's Dave Schwartz, Steveson expressed what it was like winning his first Olympics gold medal.

"Indescribable, you know, it's a crazy feeling that I've won the gold medal," said Steveson. "You know, I'm bringing a gold medal back to Minnesota. There's some different, something special."

Another gold medal is coming home to Minnesota!

Messages of congratulations are pouring in from fans on social media, including Governor Tim Walz. He tweeted Thursday morning, "That's another gold medal for a Minnesotan! Congrats @gablesteveson, on dominating in wrestling and for your incredible finish! Minnesota is celebrating with you today! #TeamUSA."

That’s another gold medal for a Minnesotan🥇

Congrats, @GableSteveson, on dominating in wrestling and for your incredible finish! Minnesota is celebrating you today! #TeamUSA

PHOTOS: The many faces of Olympic wrestler Gable Steveson

From NBC Olympics: Gus Kenworthy talks with legendary skateboarder Tony Hawk about the significance of skateboarding's Olympic debut before trying out some new tricks on the board.