After a javelin impaled him, UGA Olympian Elija Godwin thought it was all over

Every Olympian has a story of strength and perseverance, but Elija Godwin's is about survival. 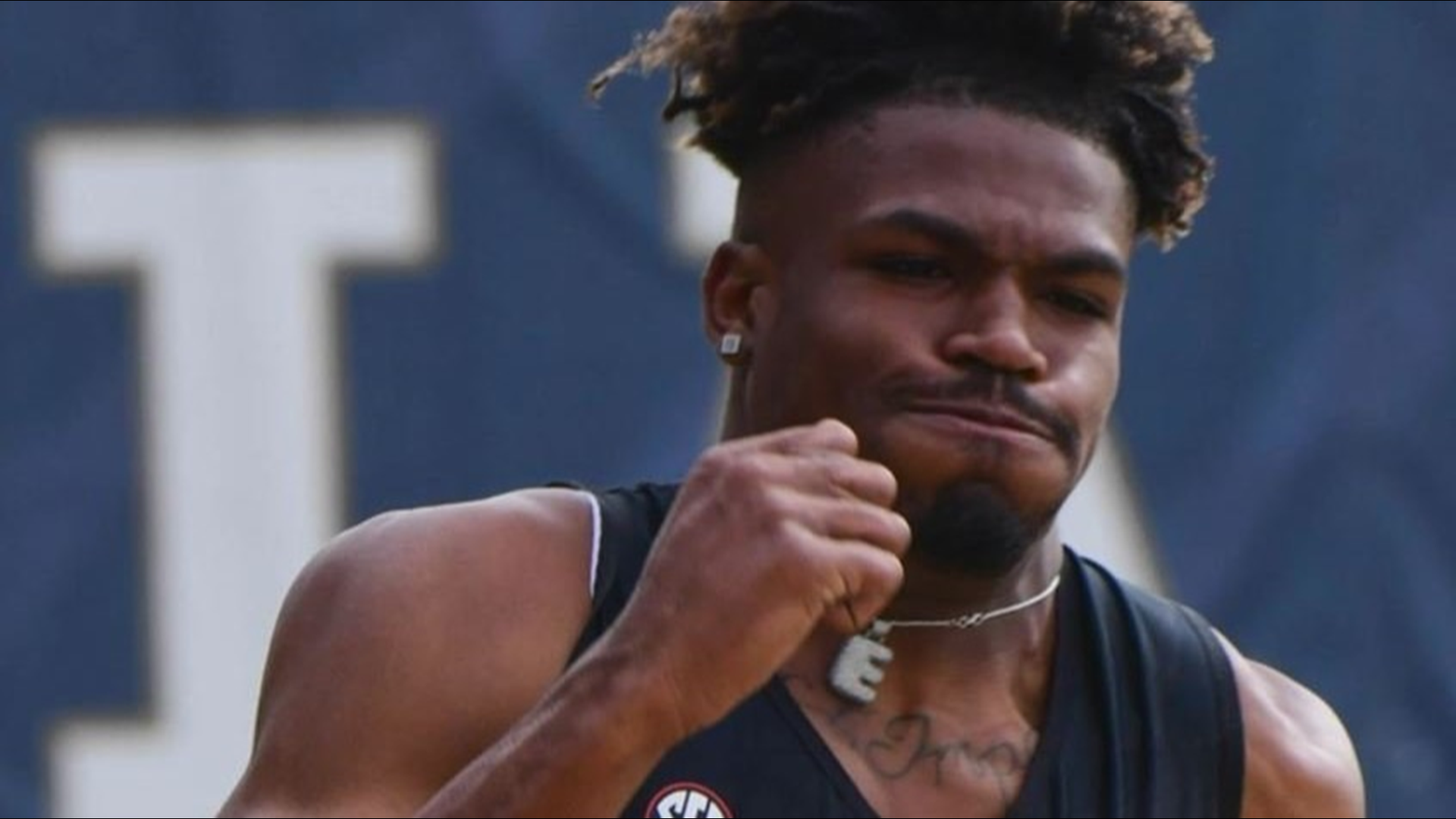 ATLANTA — While doing back sprints on a seemingly ordinary day in track practice in 2019, Elija Godwin fell onto a javelin. The spear pierced through Godwin's body, between his ribcage, through his lung and inches away from his heart.

As his body lost oxygen, his heart rate dropped and he coughed up droplets of blood. Godwin thought it was the end -- he started praying. For him, an eternity went by.

Laying on the gurney, he reassured his mom he was going to be okay. He was right.

Every Olympian has a story of strength and perseverance, but Godwin's is about survival. Few knew how serious the injury resulted for the track star. His left punctured lung collapsed, and even after the surgery, Godwin struggled to breathe.

He never used his injury as an excuse but instead as motivation. Godwin said he held faith in what the future was going to hold. Two years after the incident that almost ended his Olympic ambitions and his life, he makes his Olympic debut.

His mom looks at life differently than Godwin -- she's more thankful. Against every odd and prediction, her son made it to the Olympic trials and made the Olympic team. Yet, she was the only one who saw her son exerting himself just to go up the steps.

"to fulfill the goal of getting there was beyond unbelievable for me," his mom said. "it gives you this unstoppable emotion that there is nothing that anyone can do to get in your way of what you need to get done."

Some may call it destiny, but this was Godwin's year for the Olympics. If the games happened a year ago, the 22-year-old UGA athlete would not have been sharing his story.

Godwin, who was born in Covington, Georgia, competes for the men's Mixed 4x400m relay on Friday morning.