"It is a simple and easy way to help and make Stars fans feel like they are at the game," Jeffrey Kovarsky says. 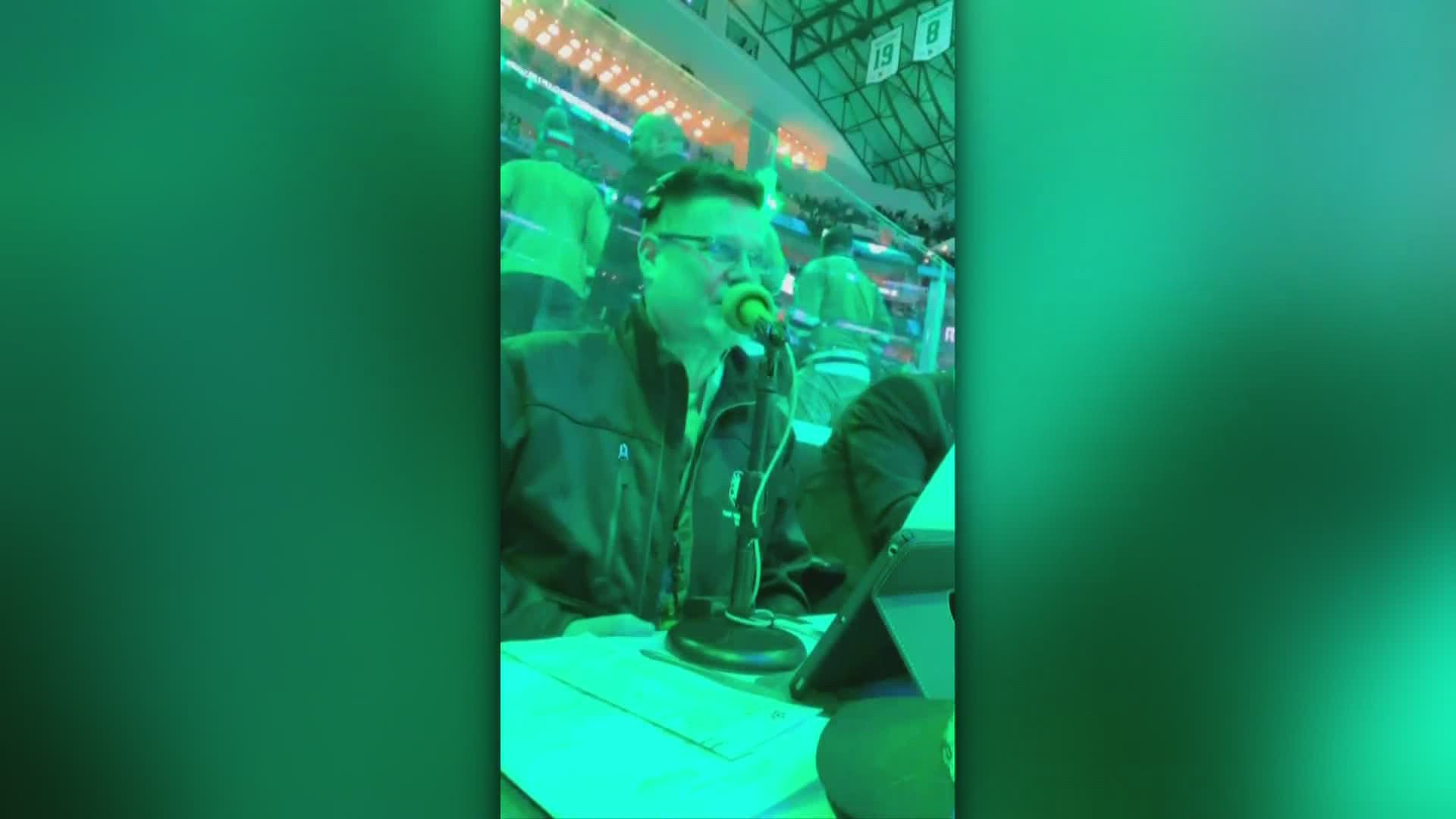 This is the week the Dallas Stars would have started their playoff run. The American Airlines Center would have been packed full. The familiar sound of the team’s Pantera anthem would have rung through the arena.

And public address announcer Jeffrey Kovarsky would have emphatically announced every team entrance, every starting lineup, and every goal.

But instead, the arena sits silent and empty while testing for coronavirus happens in the parking lot outside.

"We have a lot of fans that are missing Stars hockey right now," said Kovarsky. "They want anything to make them feel like they are at a Stars game."

So rather than dwell on what would have been, Kovarsky and other National Hockey League PA announcers have decided to keep doing what they do.

Announcing anything you want.

"From the moment we were told we could not come to the arenas anymore, we thought about what we could do to help."

Using the website Cameo, Kovarsky and the other announcers are taking requests from people who want to give their video message the jolt of energy and excitement they would feel at a hockey game.

For $25, you can request the announcer deliver in a video your birthday greeting, your congratulations, or whatever occasion calls for a goal celebration. Or perhaps whatever deed deserves a penalty.

Kovarsky said he has announced a lot of special moments set to the Pantera song that has followed every Stars goal at the AAC for years.

And each announcement includes a very special assist. The money raised on Kovarsky’s Cameo page goes to the Dallas Stars Foundation and will benefit Meals on Wheels of Collin County to help food-insecure senior citizens.

The organization along with other food banks and delivery services are trying to get meals to the people most vulnerable and in need during the pandemic.

“It is a simple and easy way to help and make Stars fans feel like they are at the game.”

In addition to the Cameo announcements, the Dallas Stars Foundation is also selling “Quarantine in Victory Green” t-shirts to benefit the COVID-19 response.