From the head coach to a backup goalie, the Dallas Stars and Tampa Bay Lightning have more connections than you may realize.

DALLAS — While the Dallas Stars and Tampa Bay Lightning are playing each other in the 2020 Stanley Cup Final for the first time, there's a lot more that connects these teams than just as opponents.

Here are five things, past and present, that connect these two teams.

At the time he was hired, he joined first-year head coach Jon Cooper, who is still the team's head coach.

Bowness focused on the team's defense and penalty-killing while with the Lightning. He was eventually let go in 2018, joining the Dallas Stars coaching staff as an assistant coach less than a month after leaving the Lightning.

Stars goaltending coach Jeff Reese not only played for Tampa Bay during the 1995-96 season, but he also worked as the team's goaltending coach for 10 years after retiring in 1999. He won a Stanley Cup with the organization in 2004.

He started 214 of the 218 games he played in during that four-season stretch.

During the 2014-15 season, Bishop was the Lightning starting goaltender as his team made it to the Stanley Cup Final against the Chicago Blackhawks. The Lightning lost in six games.

It was revealed later in the series that Bishop had been playing with a torn groin since Game 2.

RELATED: 5 things to watch in Game 2 of the Stanley Cup Final

Both the Dallas Stars and Tampa Bay Lightning have each won one Stanley Cup going into their current series.

The Dallas Stars won in 1999, just six years after the franchise moved from Minnesota to Texas.

The Tamp Bay Lightning won in 2004, right before the NHL labor lockout that resulted in the entire next season being canceled.

The Stars and Lightning are two of seven NHL teams to have won a single Stanley Cup.

The Dallas Stars have played the Tampa Bay Lightning 44 times in the team's history. The only teams they have played less are the Ottawa Senators (40), Florida Panthers (38) and Vegas Golden Knights (8).

The Stars all-time best points percentage is .650 against the Anaheim Ducks.

The Stars relocated from Minnesota to Dallas in 1993. The Tampa Bay Lightning came into the NHL as an expansion team in 1992.

During the first 17 games, which included seven when the Stars were still in Minnesota, Tampa Bay only won two of these matches. The Stars went 12-2-3 from their first matchup in October 1992 until January 2002. 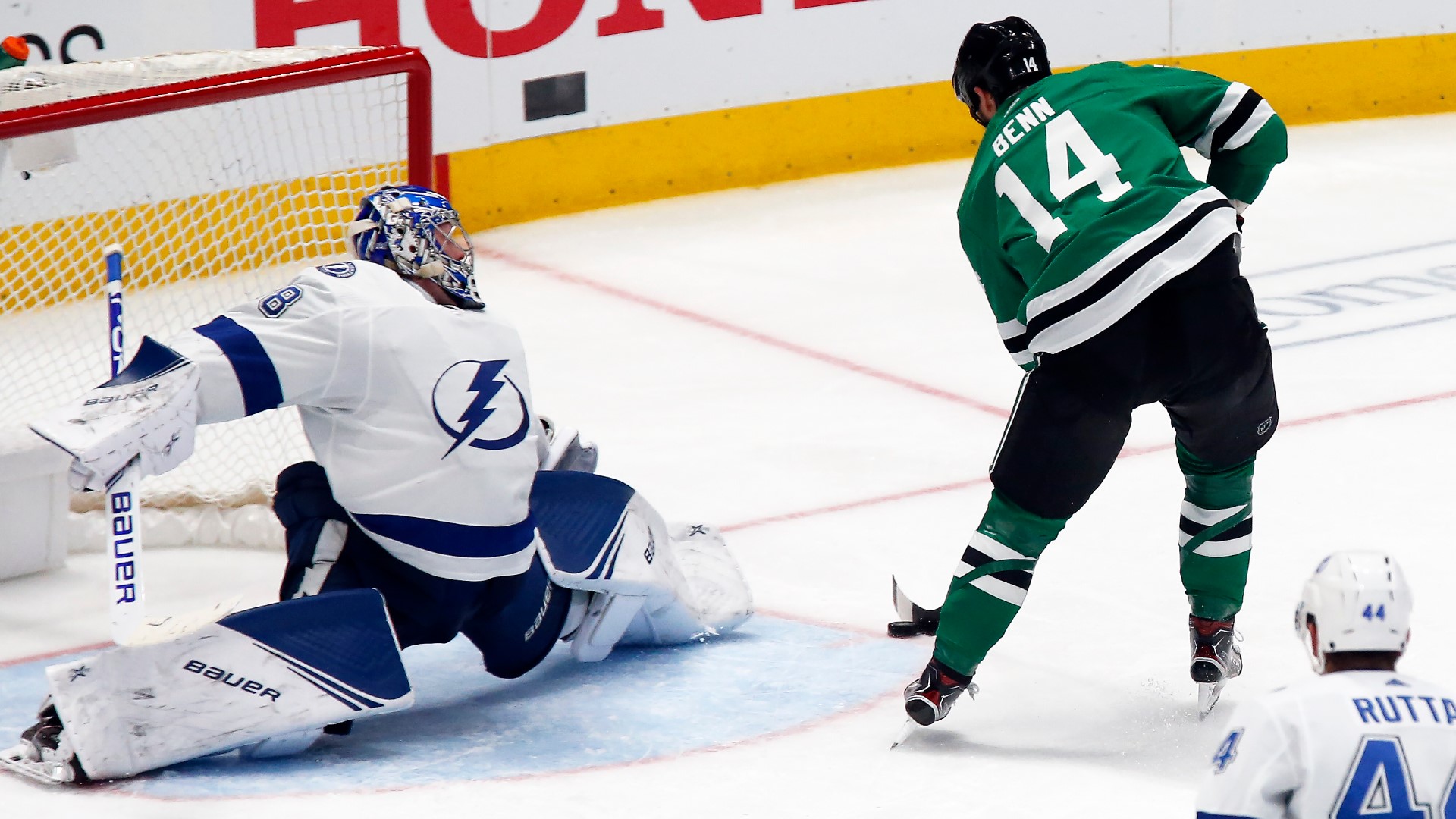