The rivalry between the two cities was fiercely fought in minor league hockey. 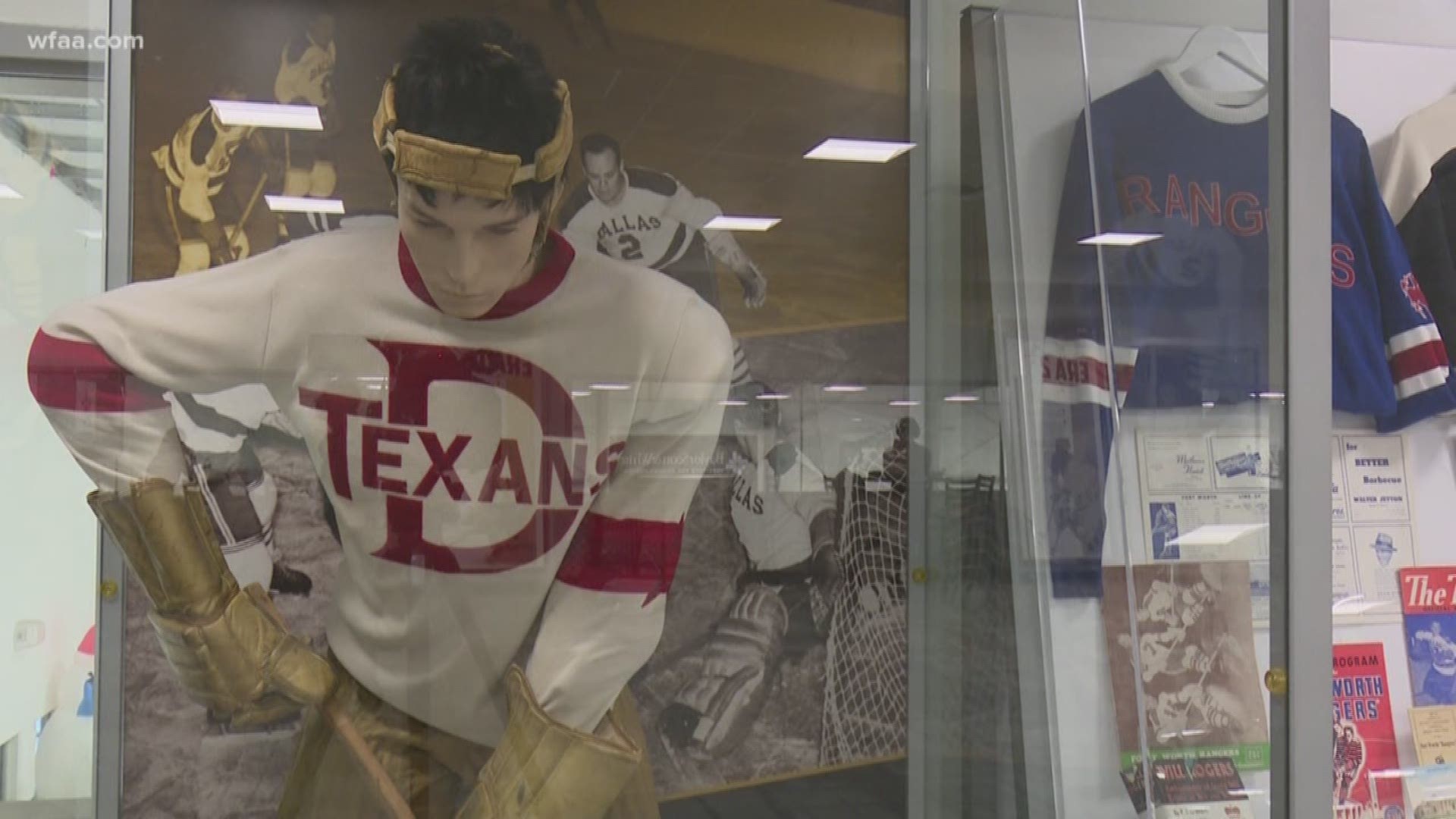 FARMERS BRANCH, Texas — Hockey fans from across the country are descending upon Dallas to ring in the new year at the annual Winter Classic. The outdoor game is the National Hockey League’s spotlight event.

This year’s game between the Dallas Stars and Nashville Predators is expected to be the second-most attended game in league history, with a projected 85,000 fans packing the Cotton Bowl.

For longtime hockey fans, the choice of Dallas might seem a little odd since football is king in Texas and the climate isn’t exactly considered a winter wonderland.

However, the history of hockey in Texas is deep. And fierce.

“We had professional hockey in the state of Texas before professional football,” said former Stars goaltender Marty Turco.

As a kid growing up in Canada, Turco never thought the words Texas and hockey were connected.

“It was all Bobby and J.R. Ewing and a little Dallas Cowboys,” he said. But after a decade of playing in Dallas, he learned that Texas could Lone Star skate. “This state has such a rich hockey heritage.”

Minor league hockey in the area dates back to the 1920s and the jersey the Stars will wear on New Year’s Day pays homage to the Dallas Texans of the 1940s.

Appropriately, the Winter Classic brings hockey back to Fair Park where the coliseum was the home to the Dallas Blackhawks in the Central Hockey League. Cowtown had minor league hockey teams of their own -- the Fort Worth Red Wings, later called the Texans -- also in the CHL.

Those minor league teams provided the rare opportunity to see the Dallas vs. Fort Worth rivalry in professional sports. The friendly rivalry between neighbors perhaps has never been so unfriendly.

“I hear a lot of stories about people who watched back then and you definitely know who they were pulling for,” Turco said. “Back in the 70s, when the Blackhawks and Red Wings played each other and beers were 5 and 10 cents, there was a lot of blood and maybe teeth spilled.”

Film from the SMU Jones Film Library backs that up. In multiple WFAA stories from the 1970s, you can see the two teams not only fighting each other but also spilling out into the stands where fans were suddenly found themselves duking it out.

The “Turnpike Trophy” was even created and awarded annually to the winner of the season series between Fort Worth and Dallas. That trophy has the winners by year engraved on it and is on display at the Texas Hockey History Center along with other relics of DFW hockey past, housed in the Children’s Heath StarCenter in Farmers Branch.

In addition to several future NHL players taking part in the rivalry, longtime Texas Rangers play-by-play announcer Eric Nadel spent his early days of sports broadcasting calling hockey games for both the Blackhawks and the Texans.

More on the Winter Classic: