Coach Alto Gary allegedly told a Hispanic cheerleader she couldn't have straight hair and if she didn't curl it, Alto said she would "find another Latina girl to replace her," the lawsuit claims. 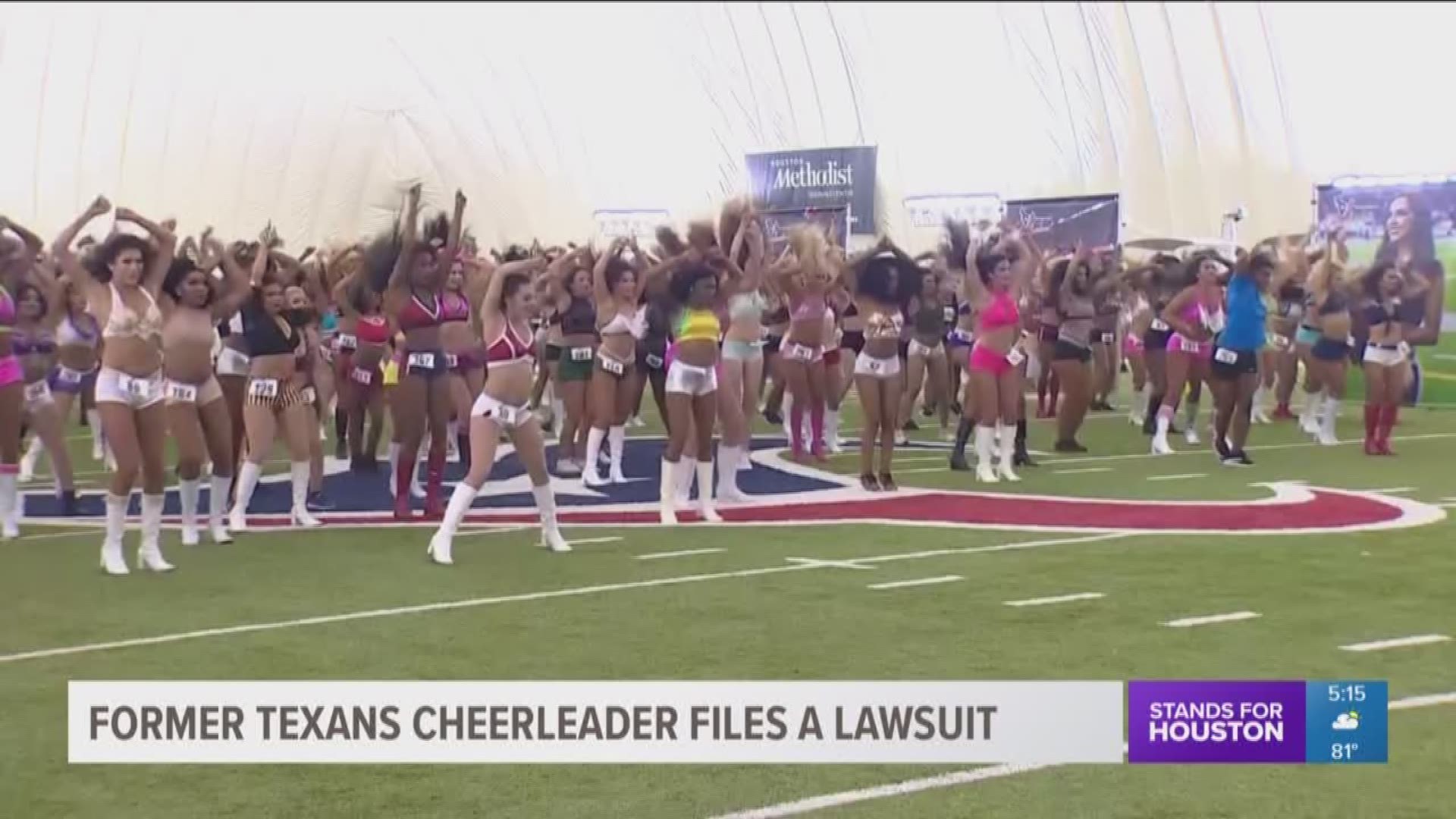 Three former Houston Texans cheerleaders claimed in a federal lawsuit this week they were subjected to harassment – including about their weight and ethnic background – by the team’s cheerleading director.

They also claim the director took no action after they reported to have been “physically assaulted by fans.”

Alto Gary, the manager of the Texans cheerleading squad, is the only defendant associated with the team named in the lawsuit.

Here is a sample of some of the allegations against her:

1 / 171
Nearly 400 women, and a handful of men, showed up at the Houston Methodist Training Center Saturday to compete for 35 spots on the Houston Texans Cheerleader squad. Photo: Jaime E. Galvan (Twitter: @jgalvanpress)

It’s a long shot that the lawsuit will accomplish much, mainly because the former Texans cheerleaders – like most around the NFL – signed contracts that force such disputes into arbitration and bars the courts as a remedy.

But regardless of the outcome, the allegations included brought more scrutiny to the world of NFL cheerleading that’s been in the spotlight in recent months over similar claims. The Washington Post was the first outlet to report the lawsuit.

“They would like more than anything to affect change within the Texans cheerleading organization and among all cheerleaders across the country,” Loyd said. “We want them to address the issues, including compensating the cheerleaders fairly for all the work they do for the organization. In many ways they are the face of the franchise in the community.”

The three former cheerleaders also claim the team took no action “to their knowledge” when “several” cheerleaders reported that they had been assaulted by fans last season.

The cheerleaders tried out, but didn’t make the 2018 squad, something they attributed to their efforts to get Alto to change the team’s policies.

“We are proud of the cheerleader program and have had hundreds of women participate and enjoy their experience while making a positive impact in the local community,” Texans spokesperson Amy Palcic said in a statement to USA TODAY Sports and other outlets. “We are constantly evaluating our procedures and will continue to make adjustments as needed to make the program enjoyable for everyone.”

The lawsuit, which seeks class-action status, was filed in the U.S. District Court for the Southern District of Texas. The one named defendant is identified only by initials (P.G.G.) in the amended lawsuit filed Tuesday, although attorney Bruse Loyd told USA TODAY Sports that there were two other plaintiffs in the case and he expects more to come forward.

“We are proud of the cheerleader program and have had hundreds of women participate and enjoy their experience while making a positive impact in the local community. We are constantly evaluating our procedures and will continue to make adjustments as needed to make the program enjoyable for everyone.”

The lawsuit follows other moves by former cheerleaders in recent months to shine the spotlight on their treatment while with various teams.

Former New Orleans Saints cheerleader Bailey Davis filed a complaint in March with the Equal Employment Opportunity Commission, which alleged the Saints violated the NFL's personal conduct policy. Former Miami Dolphins cheerleader Kristan Ann Warefiled a complaint against the Dolphins and the NFL with the Florida Commission on Human Relations in April in which she alleged she faced discrimination and retaliation because of her religion and gender.

Sara Blackwell, the attorney for both Davis and Ware, has pushed the NFL to mandate changes at the team level. Blackwell has threatened to sue the NFL if meaningful changes are not made.

A New York Times story published earlier this month included details of alleged misogynistic and predatory behavior that some Washington Redskins cheerleaders said they were subjected to, including details from a 2013 trip to an adults-only resort in Costa Rica.

The Redskins and former cheerleaders with the team disputed some of those accounts – including a requirement to be nude for a photo shoot – in the story.