North Texas on the big stage: 7 players with area ties in SBLII

Whichever side you view as the lesser of two evils, though, proud North Texans have reasons to cheer on Sunday. There are seven players with North Texas ties playing in the big game. 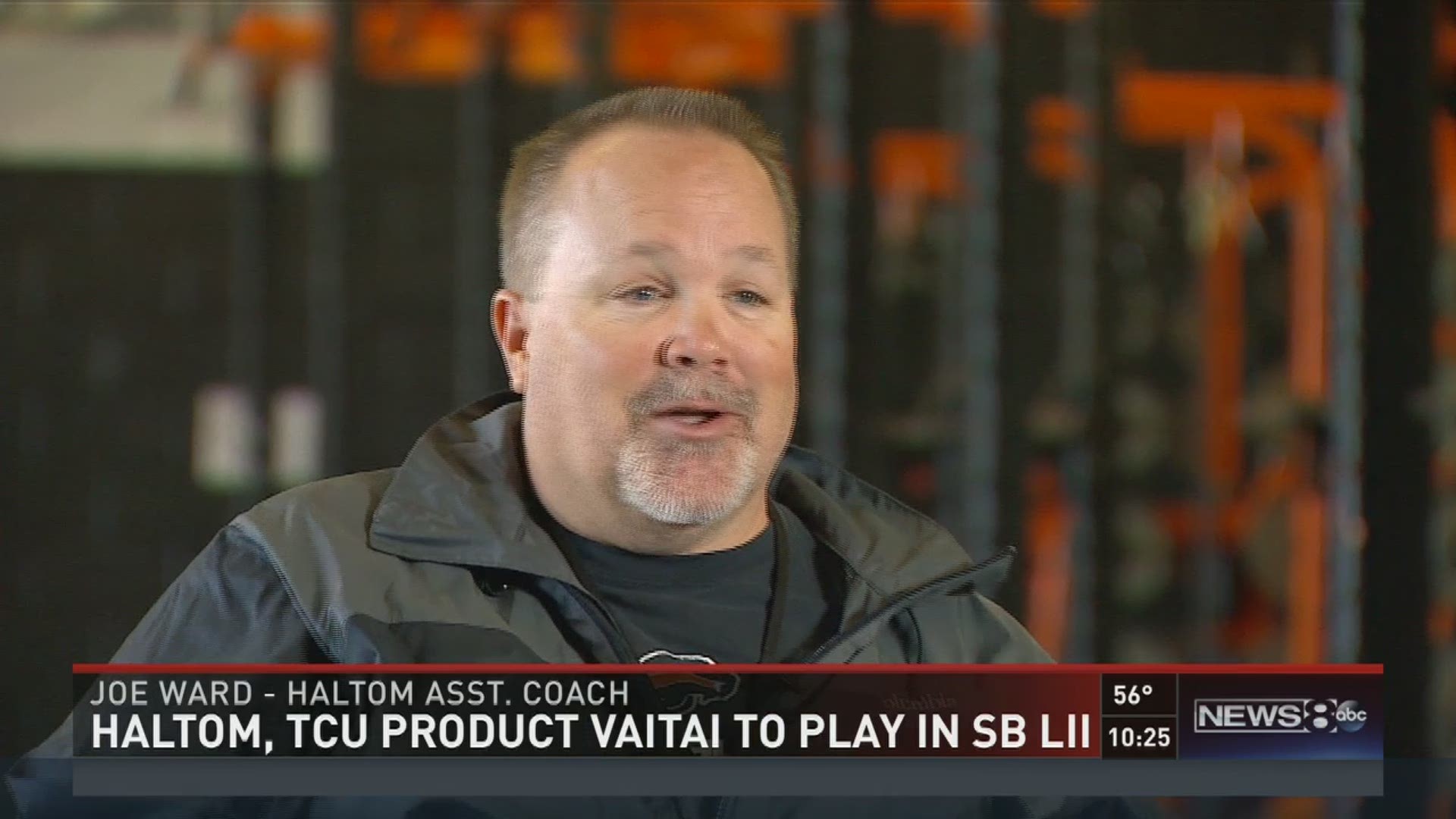 Super Bowl LII is a tough matchup to think about for Cowboys fans -- their fiercest division rival going up against a team in the midst of a dynastic run more prolific than the Cowboys of the 90s.

Whichever side you view as the lesser of two evils, though, proud North Texans have reasons to cheer on Sunday. There are seven players with North Texas ties playing in the big game.

Philadelphia Eagles running back and 2011 Frisco Liberty grad Jay Ajayi was acquired in a trade midseason to bolster the Eagles’ rushing attack. He ran for 401 yards and a touchdown in seven games for Philly. He put up video game numbers in his senior year at Frisco Liberty, rushing for 2,027 yards and 34 touchdowns while averaging over 10 yards per carry and 182 per game, according to Max Preps. He went to Boise State University, where he totaled more than 4,500 yards from scrimmage and 55 total touchdowns.

Here’s a highlight reel of him running over defenders in high school:

Haltom native and TCU Horned Frog Halapoulivaati Vaitai will suit up at offensive tackle for the Eagles, where he started 10 games this season. “Big V” totaled 24 pancakes and 56 knockdown blocks at Haltom en route to being named the No. 3 overall offensive tackle in Texas. He chose TCU over several big-name schools and played four years for the Frogs, starting a majority of games over his last three years in Fort Worth.

Rex Burkhead, a 2009 graduate of Plano Senior High School, is part of a committee of running backs for the Patriots. He sees a lot of goal line work, totaling eight touchdowns for New England this season. As a senior in high school, he rushed for 1,775 yards and 23 touchdowns while playing both offense and defense for Plano Senior High. Burkhead was also an all-district basketball player for the Wildcats.

Cannon has played multiple positions on the Patriots’ offensive line over his seven-year NFL career, and is already a two-time Super Bowl champion. He was a 2nd team All-Pro in 2016. The starting right tackle was placed on injured reserve in December with an ankle injury. Before his time in New England, Cannon was a Rose Bowl champion at TCU, part of a senior class that totaled 43 wins with the Frogs.

DeSoto High School grad Jalen Mills intercepted three passes, including one he returned for a touchdown, for the Eagles in 2017. The second-year cornerback was a three-star recruit coming out of DeSoto in 2012, earning a scholarship with LSU.

Deatrich Wise, Jr. graduated from Hebron High School in 2012 before playing five years at Arkansas. He was among the top NFL rookies in sacks this season with five, while appearing in all 16 games for the Pats and starting three. Here he is lifting ungodly amounts of weight as a high schooler in 2012:

Fellow rookie Adam Butler also played in all 16 games this season for New England, recording two sacks. He graduated from Duncanville High School in 2012 before playing college ball at Vanderbilt. The Patriots signed him as an undrafted free agent at the conclusion of the 2017 NFL Draft.