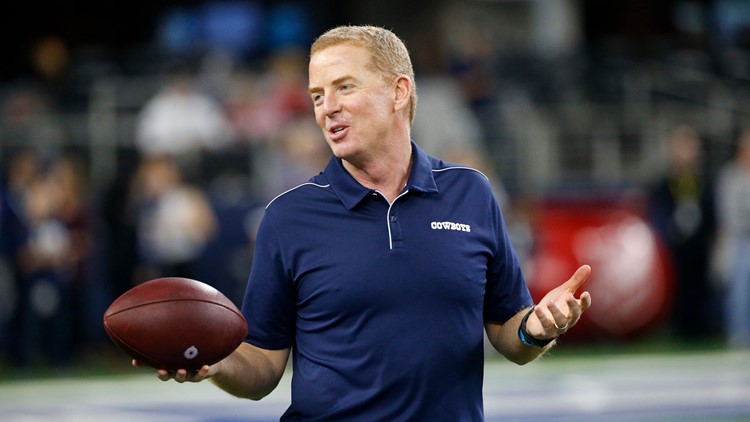 Patrick’s POV: Will it take a dream ending to the Cowboys' season for Jason Garrett to keep his job?

DALLAS — The Dallas Cowboys had an opportunity to dine on turkey as victors on Thanksgiving but instead they laid an egg in a depressing 26-15 home loss to the Buffalo Bills.

A win would have allowed Dallas to maintain control of the NFC East. But with back-to-back losses to AFC East opponents, the Cowboys have given Philadelphia a chance to get back into the race for the division crown.

Dallas is still miraculously in the driver’s seat and can secure a playoff spot if they win out the rest of the way. And depending on what the Eagles do, the Cowboys could even lose another game or two this season and take the division crown, even with the disheartening defeats over the last two weeks.

However, the story that these losses tell for the now 6-6 Cowboys is that this team isn't built to go deep in the playoffs, even if they still somehow make it. Just don’t tell that to Cowboys owner Jerry Jones, who seems to truly believe that this year’s squad is setting everyone up for a Cinderella underdog story.

Despite mounting evidence to the contrary, Jones thinks his team has what it takes to run the table and go on a magical waltz through the postseason ending with Super Bowl winning coach Jason Garrett being hoisted onto the shoulders of champions. The dream scenario keeping Jones paralyzed with inaction would be endearing if it didn’t seem so delusional.

The loss on Thursday needed to be a victory to help provide everyone else with some semblance of that confidence that Jones has in his team. Instead, now many are left wondering if the final nail has been placed in Garrett’s coffin.

Make no mistake, Jones won’t be swinging the axe yet, especially with Dallas inexplicably still leading their division and Jones seemingly convinced that Garrett is still the Cowboys’ best chance at making a run at it in 2019.

But it has been the same story with this team all year. They can beat teams with a .500 record or worse but when facing winning teams, the Cowboys don't measure up.

Maybe it has been woeful coaching, the lack of execution, or both, but this team has underperformed all year. It could finally be the stretch of losses that ultimately sees the end of the Garrett era in Dallas. Nevertheless, as Ed Werder tweeted out, the front office won’t make an in-season change.

So, we’re right back to where we started the season: 2019 remains a “prove it” season for Jason Garrett. Jerry Jones is giving him all the chances in the world to make good. However, the only things that have been proven is that the Cowboys seem capable of making the playoffs via a weak division but struggle when they face good teams.

All season long it has felt as if this would be Garrett’s last year on the sideline for the Cowboys without some sort of postseason miracle. Now that Jones is publicly airing his playoff fantasies, it seems as though Garrett is getting a chance that many coaches with a bullseye on their backs aren't usually afforded: an opportunity for redemption.

That road to redemption all starts on Thursday night in Chicago.

Dallas has matchups against the Bears, Los Angeles Rams, Philadelphia Eagles and Washington still left on the docket. The team needs to go 3-1 or run the table, depending upon how the Eagles finish their season, to secure their spot and keep Jones’ dream alive.

That’s not exactly impossible, but given how this team has performed as of late, it shows why the chance at a playoff run seems unlikely at best. Hope isn’t a strategy, after all.

The fact is, the Cowboys have lost three of their last four games against teams that are likely to make the playoffs. Dallas’ next three games are against opponents who made the postseason a season ago and Dallas is going to need a historic run to save Garrett.

Just reaching the playoffs shouldn’t be good enough anymore. Dallas would need to be more than just a 9-7 NFC East champion with another wild card or divisional round exit under Garrett’s guidance.

A few weeks ago, many felt a conference championship game appearance for the first time since the Cowboys defeated the Green Bay Packers in 1995 would be enough to save Garrett’s job.

However, recent events appear to have altered that belief. The former Cowboys backup quarterback will likely need to do one better and lead Dallas to the Super Bowl to save his hide. Heck, he might need to win the whole thing.

Given that Dallas has failed to measure up to winning teams at every turn, it is more likely a case of too little, too late for Garrett. But, hey, a man can dream.

Do you think Jerry Jones will see his fairy tale come true or should he be realistic about the team and the head coach? Share your thoughts with Patrick on Twitter @DraftCowboys.