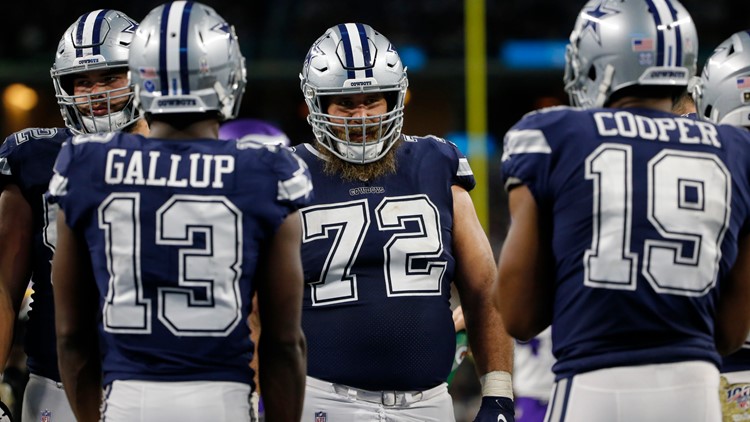 Where Cowboys stand at wide receiver after return of Cooper, loss of Cobb

NFL free agency has started with an absolute flurry around the league and that’s been no different for the Dallas Cowboys. Dallas was able to sign their most pertinent free agent when wide receiver Amari Cooper landed a five-year deal worth $100 million. However, slot receiver Randall Cobb will be heading south after signing a three-year deal with Houston.

Even with Cooper still in the fold, the Cowboys now have a need at wide receiver and the need is a bit larger than originally anticipated. It was expected that Cobb would likely stay in Dallas for a potential reunion with his former Green Bay head coach Mike McCarthy, but, with Cobb joining the Texans, the Cowboys will need to figure out what to do at the slot position.

The Cowboys have made a few adds in free agency but it might be time to also go the wide receiver route. There was mutual interest between the Cowboys and former SMU Mustang Emmanuel Sanders before Sanders inked a two-year deal with the New Orleans Saints on Friday.

Sanders spent the latter part of the 2019 season with the San Francisco 49ers during their deep run that landed them in the Super Bowl. Sanders is going into his 11th season in the NFL after starting out with the Pittsburgh Steelers in 2010 and is perhaps best known for his Pro Bowl years in Denver. His next chapter will be in New Orleans, not Dallas.

Now that the Cowboys have passed on Sanders, there’s a couple of younger options that they could look into such as Robby Anderson (52 Receptions, 779 yards, 5 TDs in 2019), formerly of the New York Jets, and Breshad Perriman (36 Receptions, 645 yards, 6 TDs in 2019), who most recently played for the Tampa Bay Buccaneers. Neither of those players have had Pro Bowl seasons but they reached free agency with youth and production on their side.

Another option for Dallas would be bringing back the all-time leader for touchdown receptions in Cowboys history. Dez Bryant has been very vocal in his pursuit of returning to the only team he’s ever known, the Dallas Cowboys.

Bryant is a bit of a different case for slot help with the fact that he played the “X” receiver from 2010-2017. However, during that time, he pulled down 73 touchdowns, most of which came in his first five seasons with the Cowboys. His return would require a lot of concessions about his role but, if there’s still something left in the tank, he’s a threat to catch passes, especially in the red zone.

The fact that Bryant is more of an outside option could allow Cooper and Michael Gallup to move around to find favorable matchups and even Dez himself could take snaps in the slot to cause mismatches against safeties and linebackers.

Either way, Bryant or a younger receiver could be viable options but Sanders seemed like the most likely target before the Saints out-priced him for the Cowboys. Also, keep in mind, Bryant hasn’t suited up in an NFL game since the 2017 season. However, with how deep the wideout class is in this year’s NFL Draft, the team shouldn’t feel pigeonholed into signing a free agent.

There are a plethora of options when it comes to the NFL Draft wide receiver class. The Cowboys could look for an outside receiver like a Collin Johnson, Tee Higgins, Jerry Jeudy, CeeDee Lamb or even Tyler Johnson. Antonio Gandy-Golden is a later round option who would need to be developed.

If the team would prefer to find a slot player with the versatility the Cowboys could add Henry Ruggs III, Jalen Reagor, Brandon Aiyuk, Devin Duvernay or K.J. Hill. Those are just a few of the pass catchers who will be available in a stacked draft class for wide receivers that could eventually have their name called by the Dallas Cowboys.