Trump Tweeted: "Way to go Jerry. This is what the league should do! 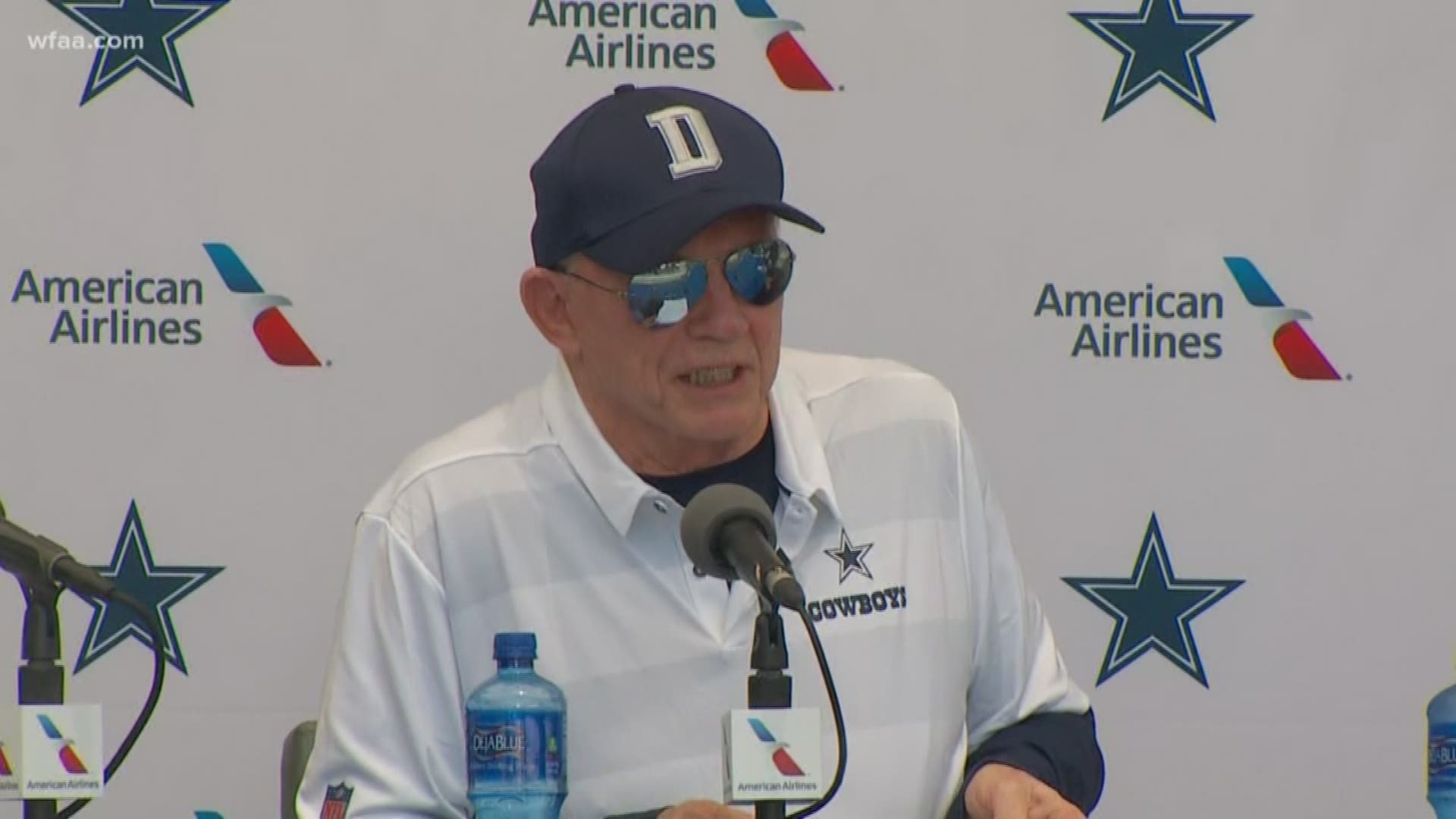 WASHINGTON (AP) — President Donald Trump is congratulating Jerry Jones, the owner of the Dallas Cowboys football team, for saying his players will be required to stand for the playing of the national anthem.

Trump writes: "Way to go Jerry. This is what the league should do!"

Way to go Jerry. This is what the league should do! https://t.co/yEP1jK57xi

Jones was the first owner to publicly say that his players would not be allowed to stay off the field during the anthem. Jones, in his "State of the Team" press conference at Cowboys training camp in Oxnard, Calif., on Wednesday, said the team's policy is "you stand at the anthem, toe on the line."

Trump has repeatedly tried to bring attention to the player protests, which he opposes, and believes the culture war issue helps energize his base.

While emphasizing that players should stand for the anthem, Jones on Wednesday called Trump's involvement in the issue "problematic" as NFL owners and the players association work toward a resolution.

Malcolm Jenkins calls Cowboys owner Jerry Jones a bully after Jones recently said he would make his players stand for the anthem. pic.twitter.com/noeHrLIlZZ 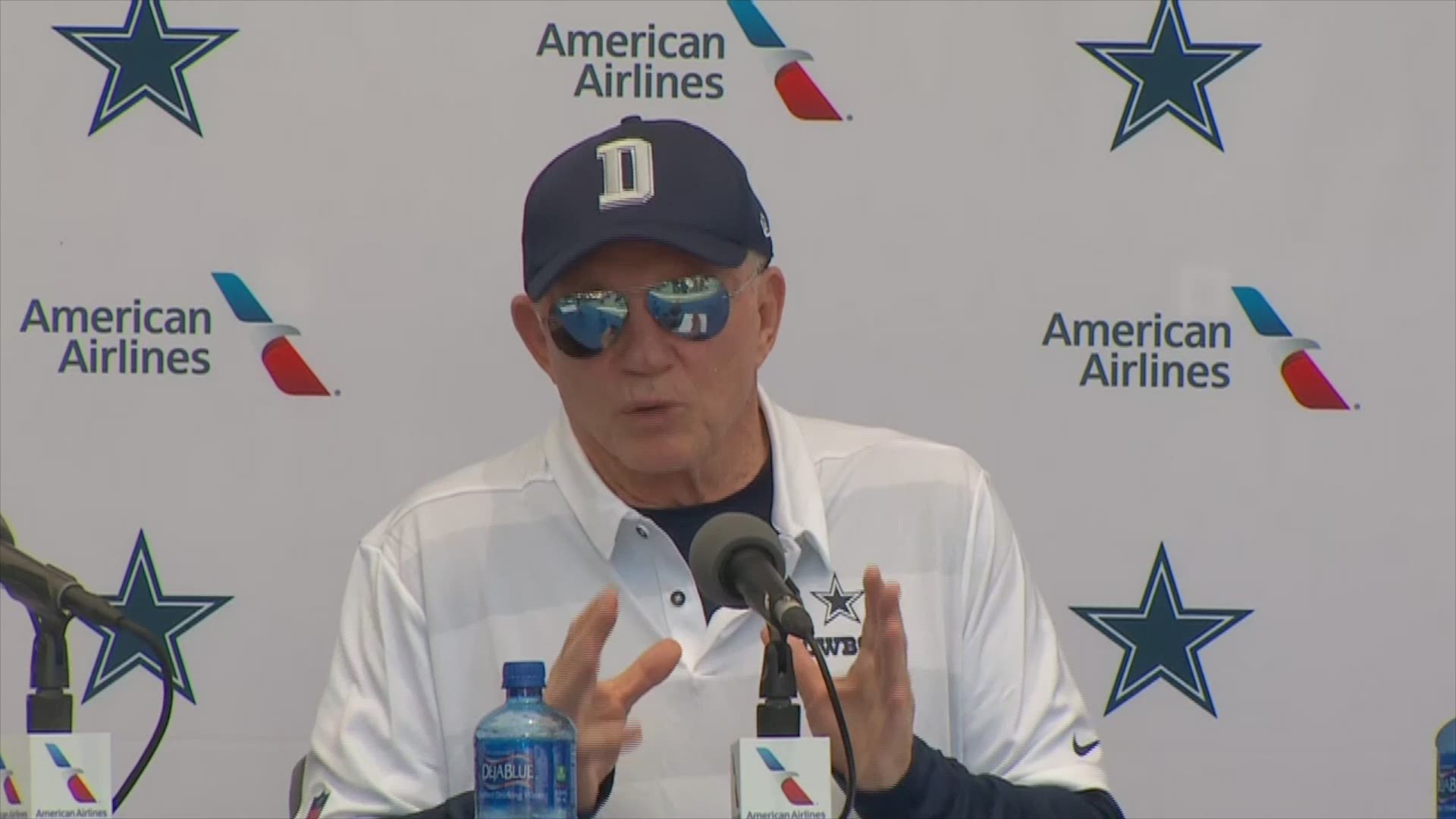