In March, Tyrone Crawford was involved in a brawl at the Coyote Ugly Bar in Panama City Beach. 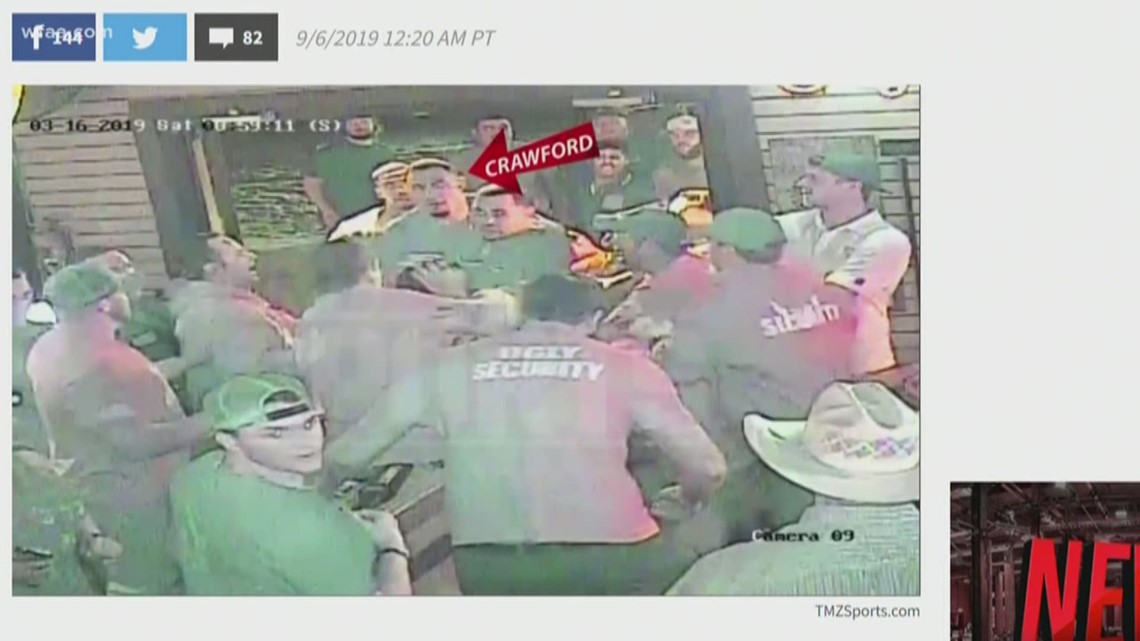 Back in March, Crawford was involved in a brawl at the Coyote Ugly Bar in Panama City Beach.

TMZ Sports obtained video of the fight and released it Friday.

The footage shows Crawford, who is 6 feet 4 inches tall, and weighs 285 pounds, shoving, grappling and throwing punches at members of bar security.

The video shows him landing a few shots in the process. Crawford is also seen pushing away officers as they handcuff one of his friends.

Crawford was charged with a misdemeanor for the altercation but he reached a deal.

For the past two years Crawford has been a captain for the Dallas Cowboys.

Friday, the team announced its captains for the 2019 season and Crawford is not one of them.

The NFL has not suspended Crawford for the fight.

The defensive tackle is expected to play Sunday when the Cowboys take on the New York Giants in their season opener.