Ezekiel Elliott is captured on video pushing a security guard down at a music festival in Las Vegas, but was not arrested. 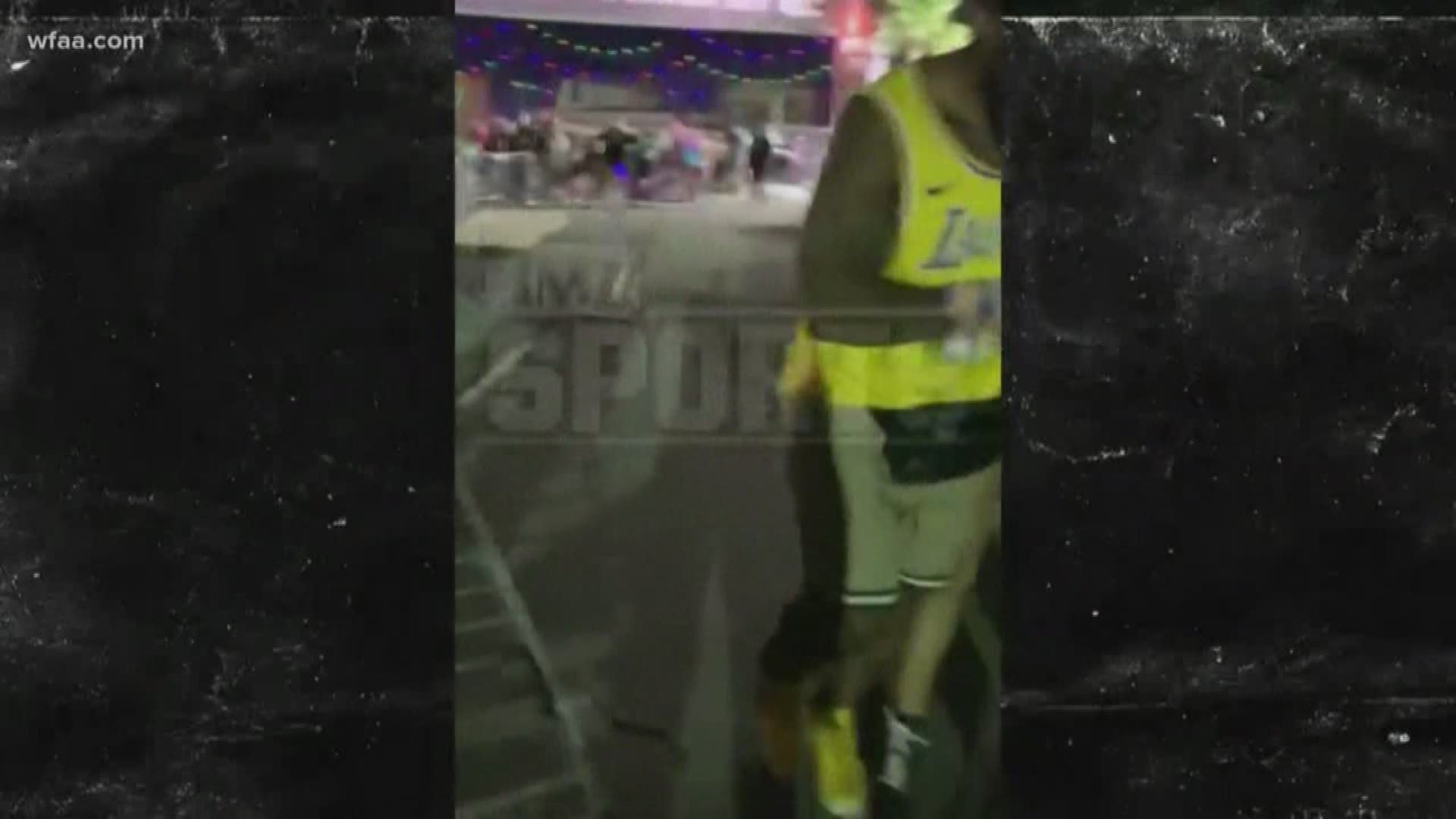 DALLAS — The Las Vegas Police Department did not file battery charges against Dallas Cowboys running back Ezekiel Elliott after he shoved a security guard to the ground in Las Vegas over the weekend because the security guard refused to press charges, Las Vegas police said Monday.

The incident happened shortly after 3 a.m. Saturday at the Electric Daisy Carnival, a three-day EDM festival in Las Vegas. A video obtained by TMZ Sports displays the whole incident.

In the video, Elliott and his girlfriend can be seen on the video arguing.

A short time later, Elliott is seen confronting a security guard, saying: "You got something to say?"

In the video, it looks like Elliott uses his body to shove the guard to the ground.

Elliott is later placed in handcuffs, but he was later released without being placed under arrest.

A news release from LVPD states that

“LVMPD officers working at EDC observed from a distance an adult male, later identified at Elliott, push a security officer to the ground. Two officers approached and placed Elliott in handcuffs while they investigated the incident. The security guard who was the victim of the misdemeanor battery, refused to press charges and officers escorted Elliott a short distance away and he was released.”

This is the latest in a series of high profile incidents involving Elliott.

NFL Commissioner Roger Goodell suspended him for 6 games after his ex-girlfriend accused him of domestic violence in 2017.

He was never arrested for that incident, but the NFL suspended Elliott for that after conducting its own investigation, and also suspended him for lifting a woman's shirt up at a St. Patrick's Day Parade.

The NFL sent Elliott a stern letter warning him to stay out of trouble, saying:

"You must have no further adverse involvement with law enforcement and must not commit any additional violations of league policies. In that respect, you should understand that another violation of this nature may result in your suspension or potential banishment from the NFL."

This off-season Elliott has been involved in cleaning up his image by being involved in multiple charities and events, and even paid for the funeral of a young football player who was shot and killed.

Elliott’s attorney told TMZ this was much ado about nothing and that the security guards overreacted.

It's unclear what Goodell will do, or if Elliott will be punished for this latest incident.

A source in the Cowboys’ front office told WFAA they are gathering information and have no further comment.