The Dallas Cowboys begin their 2021 journey with training camp in California this week. One of the true strengths of the team should be their high-powered offense. 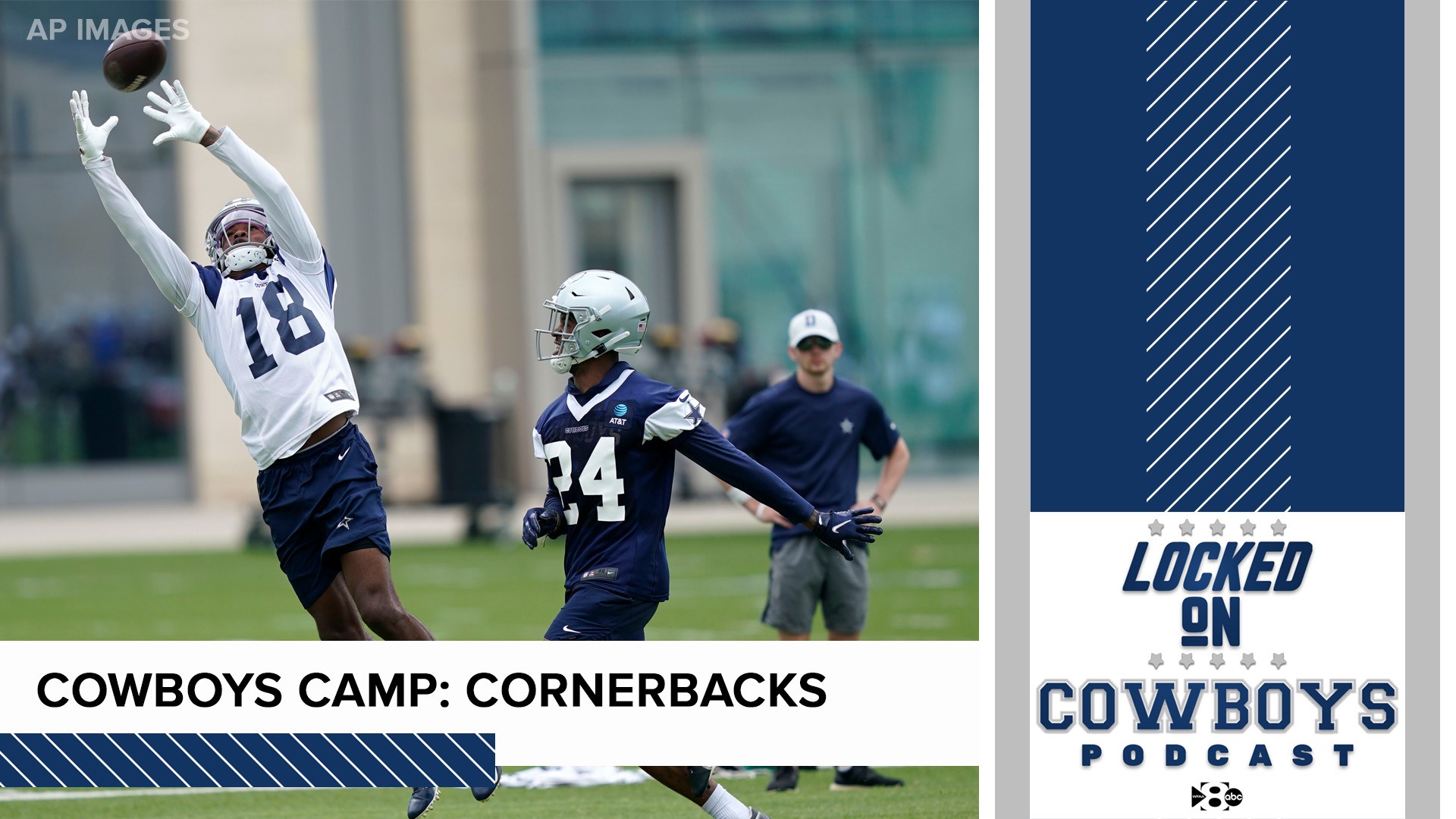 DALLAS — The Dallas Cowboys begin training camp in Oxnard, Calif. on Thursday, the first time since 2019 that the club will train on the West Coast.

As they take their first step towards beginning the 2021 season, here is a look at the Cowboys' offense and the moves that they have made to create depth and competition at each position:

The field general position isn't really up for grabs. Dak Prescott signed a four-year deal worth $160 million, with $126 million guaranteed in the offseason. The two-time Pro Bowler is safe, even as he returns from the ankle injury that ended his season after five games in 2020. Instead, backup is where the real competition is at.

Cooper Rush has familiarity with offensive coordinator Kellen Moore and was Prescott's backup from 2016-19. Garrett Gilbert had an impressive single start opportunity against the undefeated Pittsburgh Steelers last year in Week 9.

Ben DiNucci, a 2020 seventh-rounder from James Madison, started the week prior against the Philadelphia Eagles, but still has a large talent gap to overcome after going from the Colonial Athletic Association in college football to the NFL.

As is the case with quarterback, follow the money. Ezekiel Elliott signed a six-year, $90 million contract extension in 2019 and should find himself atop the depth chart again in 2021. However, Elliott had the worst season of his career — sans 2017 when he was suspended six games — with 244 carries for 979 yards and six touchdowns, averaging 4.0 yards per carry and 65.3 yards per game.

The perception is that Elliott is slowing down, and that former 2019 fourth-rounder Tony Pollard is speeding up. The former Memphis Tiger was more of a threat out of the backfield, and provided Dallas with 129 touches for 628 scrimmage yards and five touchdowns (one receiving).

A trend of diminished production could create an opportunity for Pollard. Meanwhile, rookies JaQuan Hardy and Brenden Knox will battle with exemplary special teamer Rico Dowdle for playing time.

This perimeter position may be the most stacked on the Cowboys' roster. Not only does the passing game feature Pro Bowler Amari Cooper and former first-rounder CeeDee Lamb, but Dallas also has fourth-year wideout Michael Gallup to contribute.

#Cowboys' Mike McCarthy says Michael Gallup is primarily an "outside No. 1 receiver," but they have moved him inside some.

"I expect him to take a big leap this year."

All three receivers posted at least 800 receiving yards last season, and the expectation is that they could be even more prolific with a full season from Prescott. Cedrick Wilson had a 100-yard game in Week 4 against the Seattle Seahawks, and is a valuable special teamer.

Dallas drafted Simi Fehoko in Round 5 from Stanford. Noah Brown, who is good at blocking on the edge in the run game, re-signed with Dallas. Undrafted free agents Brennan Eagles, Osirus Mitchell, and T.J. Vasher will battle with veterans Johnnie Dixon, Stephen Guidry, Aaron Parker, and Malik Turner for playing time.

Dallas has a battle on their hands with Blake Jarwin coming back from a torn ACL that he suffered in Week 1 of last year, and former 2018 fourth-rounder Dalton Schultz, who provided the Cowboys with 63 catches for 615 yards and four touchdowns in Jarwin's absence.

The Cowboys still have Sean McKeon on the roster, and signed former Washington tight end Jeremy Sprinkle for depth. Undrafted rookies Nick Eubanks and Artayvious Lynn will provide competition to help churn the bottom of the roster.

While it was productive to get undrafted rookie Terence Steele and second-year pro Brandon Knight playing time last season, their on-the-job training came at the expense of being competitive in games. The Cowboys will be pleased to get All-Pro left tackle Tyron Smith and starter La'el Collins back as bookends.

To provide depth, the Cowboys brought in Ty Nsekhe from the Buffalo Bills to replace Cameron Fleming. Dallas will evaluate their depth at tackle and also determine position flex with Isaac Alarcón, Eric Smith, and Mitch Hyatt. The Cowboys further addressed the position by taking Josh Ball from Marshall in Round 4 of the 2021 NFL draft.

Just as tackle sustained injuries, guard also saw its share of availability issues, with All-Pro right guard Zack Martin struggling with injuries through 10 games, the first time in his career he didn't play at least 14.

Left guard was the most consistent offensive line spot throughout 2020 as Connor Williams logged all 16 starts. The Cowboys have depth along the interior with former 2019 third-round Connor McGovern and 2021 seventh-rounder Matt Farniok from Nebraska.

The job appears to be Tyler Biadasz's to lose as the former 2020 fourth-round pick from Wisconsin enters his second season in the NFL. Biadasz, who has drawn copious comparisons to former Cowboys All-Pro Travis Frederick, utilized his offseason to develop chemistry with Prescott; to try to merge minds and think as one unit in pre-snap. Dallas signed former Baylor center Braylon Jones as an undrafted free agent to provide depth.

Do you think the offense will live up to the hype for the Cowboys in 2021? Share your thoughts with Mark on Twitter @therealmarklane.