These are the causes the Cowboys are supporting for 'My Cause, My Cleats'

Get to know the charitable causes near and dear to the hearts of your favorite Dallas Cowboys players. 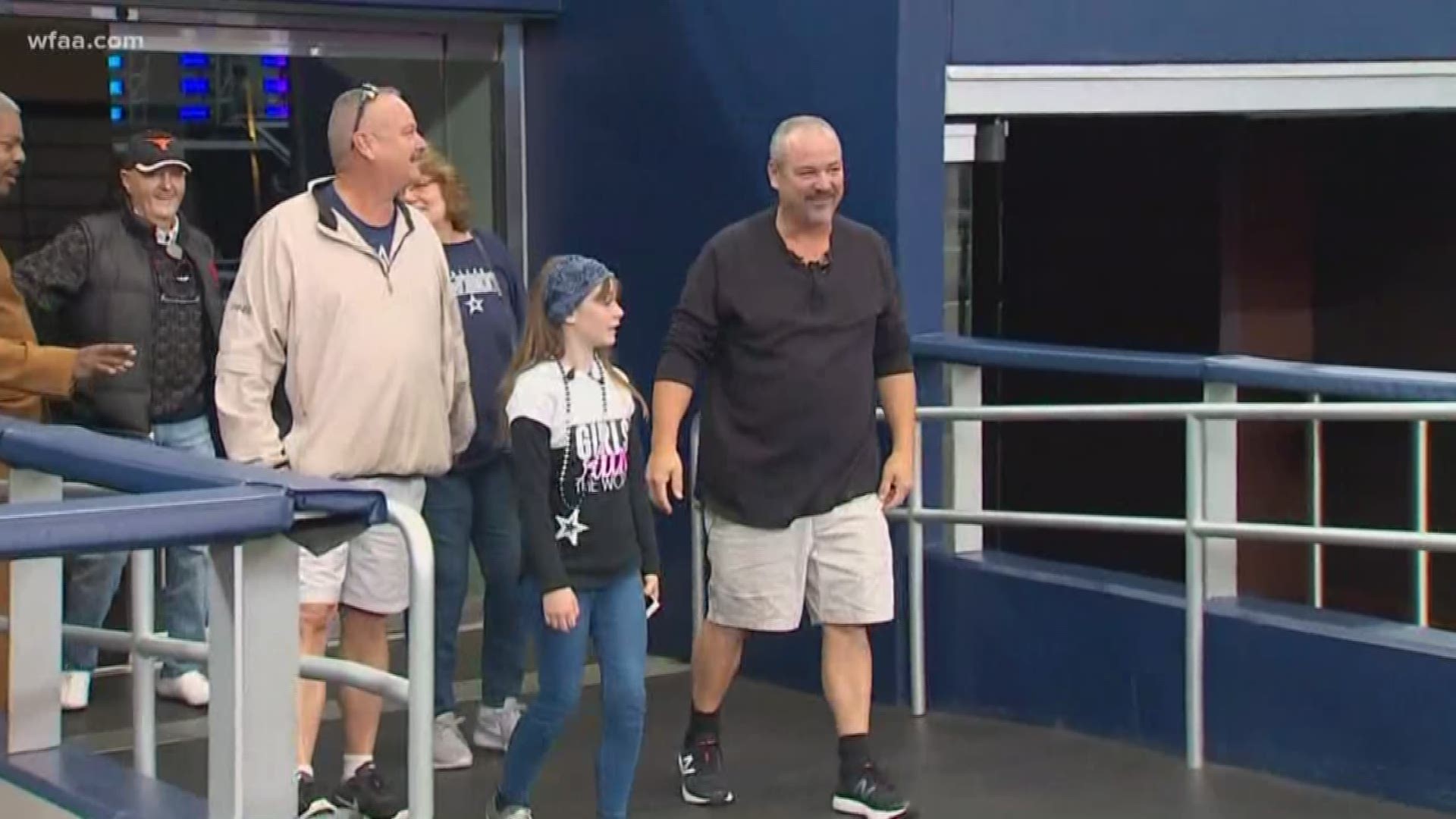 The NFL's "My Cause, My Cleats" event showcasing philanthropic endeavors of the players' choosing kicks off this week with the Cowboys' Thursday night game against the New Orleans Saints.

Players began receiving their cleats on Giving Tuesday, ahead of the Week 13 slate of games. The cleats will eventually be auctioned off, with proceeds going to each player's chosen cause.

Here are the causes Cowboys players are supporting with their "My Cause, My Cleats" choices. Don't see a video? Go here.

The Cowboys cornerback is raising awareness for Prion disease, specifically Creutzfeldt-Jakob Disease – a rare brain disease that took the life of his friend, Diana Hunter, in 2016.

“The Faith Fight Finish Foundation was created to support families and communities and invest in the future of our youth," Prescott says of his foundation. He created the foundation with a focus on fighting cancer, in honor of his mother, Peggy, who died of cancer in 2013. "Faith, fight, finish" were tenets she passed on to her son.

Zeke is a noted dog lover, and has been an advocate for the SPCA of Texas since he was drafted by Dallas in 2016.

I want to invite you guys to run over to the SPCA of Texas in Dallas with @theaceelliott and I to adopt your new best friend for just $21 on Monday October 17th from noon to 6pm. I support the SPCA of Texas and you should too! GO COWBOYS! @spcatexas

The Florida native and former Jacksonville Jaguar wide receiver changed his jersey number to 17 when he came to Dallas last offseason in honor of the 17 victims of the Feb. 2018 Stoneman Douglas shooting. Since that tragedy, he's pushed for school safety and is supporting two organizations with his My Cause, My Cleats kicks.

#MyCauseMyCleats in support of safer schools with @makeourschoolssafe & @safeschoolsforalex to bring light and awareness to the situation by finding better school safety solutions. To learn more about school safety visit https://t.co/wloxf64j7N and https://t.co/JzYCwOlnED pic.twitter.com/NcgMZ9I11E

The stalwart offensive lineman hasn't played a snap in 2018 while battling Guillain-Barré syndrome, but he's still supporting his charity for My Cause, My Cleats. Blocking Out Hunger aims to "provide support for inner-city and low-income children throughout Metro Dallas who struggle with hunger," according to Frederick's website.

The Cowboys' punter is supporting St. Jude Children's Research Hospital, which helps in the battle against childhood cancer.

Crawford's cause is Connections Early Years Family Centre, an organization that provides support for families with preschool-age kids in his native Ontario, Canada.

The third-year safety's self-named foundation is geared toward addressing the needs of kids growing up in single-parent homes. Frazier grew up without a father in Grand Rapids, Michigan.

Last December, Williams penned an open letter on NFL.com about how he overcame bullying growing up. Now, the 2018 second-round pick is using his NFL platform to promote StopBullying.gov.

Boys & Girls Club aims to help low-income youth across America. Collins' family relied on the nonprofit during his upbringing while his father served time in prison, according to the Dallas Morning News.

Sean Lee partners with the Dreambuilder Foundation, which supports kids and families in need in DFW, including through after-school programs.

Amari Cooper has supported the Literacy Lab and advocated for childhood literacy since his time with the Oakland Raiders. “Educating the children of our country is one of the most fundamental things we can do as a society," he said, according to Raiders fan site Silver and Black Pride. "Our children are the future, and providing them with the opportunity for proper education will help make the world a better place.”