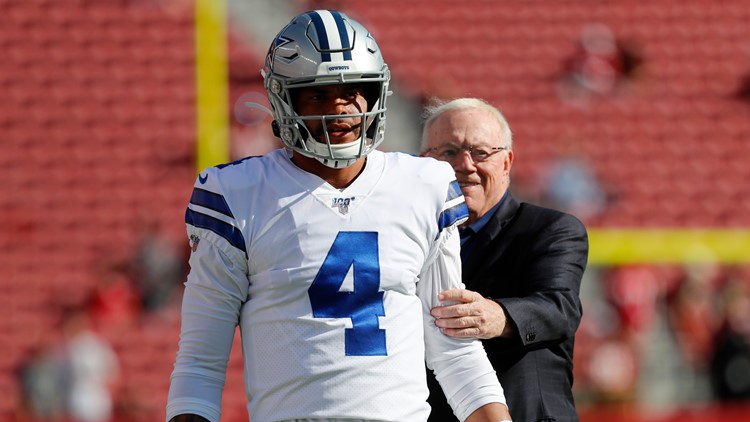 NFL Players Association may have helped the Cowboys with vote delay

DALLAS — The Dallas Cowboys may have gotten the window of opportunity they needed to address pressing free agent issues.

On Monday, the National Football Lague Players Association (NFLPA) announced it would extend its voting deadline by 48 hours for players to make a decision on the new proposed collective bargaining agreement (CBA). As a result, the NFL may make a corresponding move to allow the usage of the franchise tag and transition tag even after the new league year commences on March 18 at 3:00 p.m. Central Standard Time.

Under the 2011 CBA, teams could use just one tag. A rule in the current CBA states that teams are granted permission to use both tags in the final year of the CBA, which is the 2020 season.

However, that exception would be nullified once the new collective bargaining agreement was ratified, and the target was to not have it available when the new league year kicked off.

As it stands, teams probably won't get the whole offseason to use both tags, but they may get scores of hours which could be just enough time to protect coveted unrestricted free agents to allow for extra time to sign them back to their clubs.

Enter the Dallas Cowboys. With quarterback Dak Prescott nowhere near a contract extension with the Cowboys, they would have to use one tag on their two-time Pro Bowler to keep him from hitting the market.

That would leave other Pro Bowlers, cornerback Byron Jones and receiver Amari Cooper, exposed to the open market. In the case of Jones, though, the Cowboys' best corner the past two seasons doesn't seem to be a part of the club's plans when the Mike McCarthy era commences.

With the benefit of using two tags, even if it is for 48 hours, the Cowboys could create enough negotiating room to get a long-term deal worked out with either Prescott or Cooper. Then, when they have to use just one tag, they can give it to the player they were unable to come to a longterm agreement with.

The July 15 deadline of the franchise tag sticking for the upcoming season would still be in place, but Dallas would have a greater window of time to get a deal done, just like in a regular year under the current collective bargaining agreement.

In a game of inches, sometimes even a few more hours is all ownership and representation need to get a player locked up long-term.

Do you think the Cowboys will be able to keep both Dak Prescott and Amari Cooper? Share your thoughts with Mark on Twitter @therealmarklane.