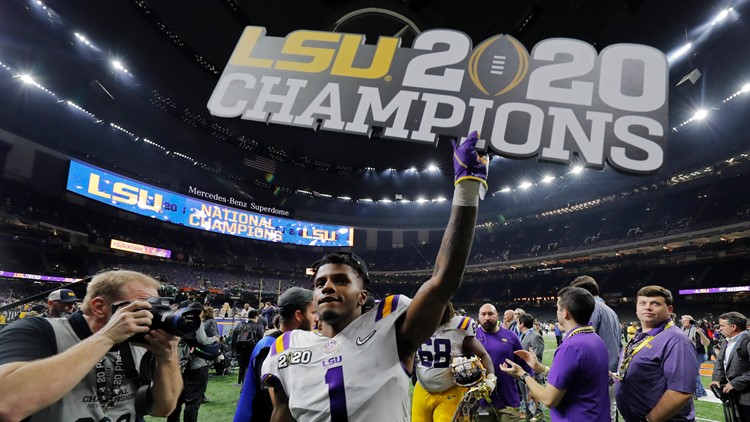 NFL Draft prospects at Senior Bowl who could intrigue Cowboys

Scouting for the Reese’s Senior Bowl is kicking into high gear with the upperclassman showcase set for Jan. 25 from Mobile, Ala.

The Senior Bowl is an opportunity for prospects to work with NFL coaches and scouts while meeting with NFL teams in hopes of catching their attention during the NFL Draft process.

The Dallas Cowboys have drafted many players who have participated in the week-long festivities.

Dak Prescott was the MVP of the game in 2016 and he played against the Cowboys-coached north squad so they got an early idea of the kind of quarterback he could become.

The next season, Dallas drafted Cedrick Wilson and Michael Gallup from the Senior Bowl.

Last season, the Cowboys found eventual backup running back Tony Pollard from scouting the game in Mobile. The Cowboys obviously have shown an affinity for finding talent in the game and this year should be no different.

Here’s a look at some of the seniors who could interest the Cowboys:

DT Javon Kinlaw, South Carolina - Kinlaw might be the best defensive tackle that could fall in the Cowboys lap when they come to the podium with their first pick at No. 17 in April. Kinlaw possesses both quickness and power that makes him difficult to defend against.

He can be a disruptive force inside and give the Cowboys a presence in the middle of the defense that they have been lacking for the last decade.

DT Neville Gallimore, Oklahoma - While Gallimore might be a bit undersized, he definitely has the ability to get into the gaps and be a good run stopper with some pass rush ability. The Sooners standout shows good technique with his hand placement and has moves to spare in his toolbox.

His motor is what stands out most and his matchups with the offensive line will be a must see battle. Gallimore is currently a second-round projected tackle.

DT Leki Fotu, Utah - If the Cowboys look to add a big bodied run-stuffing nose tackle, then the team needs to consider Fotu. The first of two Utah Utes on the list, Fotu has the size standing over 6’6” and 335 lbs making him an ideal candidate to be disruptive.

He can also be a pass rusher even from the one technique of a defense. Fotu does need to work on his leverage and overcoming double teams but he will do his job and allow linebackers to flow to the ball.

CB Kristian Fulton, LSU - The Cowboys could be in the market for a cornerback with the pending free agency of Byron Jones. Even with Jourdan Lewis and Chidobe Awuzie in place, interest in Fulton could be high. The national championship winning Tiger projects to be taken right around where Dallas will select in the first round.

While he isn’t the best tackler, Fulton is good in man coverage and can be a bit sticky. He saw a lot of the throws in 2020 with freshman teammate Derek Stingley Jr. locking down the other side of the field and comes out of college as a prospect that the Cowboys could aim for as they look to improve their defensive backs play in 2020.

DE Bradlee Anae, Utah - With 2019 sack leader Robert Quinn a free agent, once again the Cowboys will be looking for a defensive end who can play opposite DeMarcus Lawrence. Anae is a name that not many have paid attention to as of yet but he could turn heads in Mobile.

While he isn’t your typical weakside edge defender, since he doesn’t win with speed, Anae’s strength is winning with superior technique. The Utah Ute attacks well going inside of offensive tackles and plays the run extremely well when setting the edge.

TE Jared Pinkney, Vanderbilt - For tight ends, it starts with Pinkney. He is a prospect that wins getting off the bus as he looks the part of a NFL tight end at 6-foot-4, 260 lbs. It’s not just measurables that people will notice either as Pinkney gets after the ball.

His size allows him to win jump balls and his aggressiveness is on full display when the ball is in the air. If a pass gets near him, he will go up and attack the ball in the air which could be key as a red zone target that would be attractive in Dallas.

TE Brycen Hopkins, Purdue - If a team is looking for an Evan Engram-like WR/TE hybrid player, then Hopkins could be the tight end to watch. Not only does Hopkins show good route running but he is a handful after the catch. He plays more like a big wide receiver than tight end in that regard.

He isn’t your prototypical inline guy but he can develop with proper coaching. The Cowboys have shied away from this kind of profile at tight end but that could change in the Mike McCarthy era.

WR Devin Duvernay, Texas - Receiver isn’t a huge need for Dallas but it is a need nonetheless. With free agents Amari Cooper and Randall Cobb presumed to be returning, potential injury concerns with the big three lead many to believe that the Cowboys still need help.

In that case, Duvernay is a guy who can win from anywhere on the field and has shown the ability to be a big play type of receiver. Perhaps just as coveted is the fact that the Longhorn was as sure handed as they come.

If Cobb doesn’t return in 2020, Duvernay would be the perfect guy to replace him on the team and he would come with a much cheaper contract as well.

At which position are you hoping to see the Cowboys bolster with their first round pick in the draft? Share your thoughts with Patrick Conn on Twitter @DraftCowboys.