After averaging more than 30 points a game through three weeks, Dak Prescott and company failed to beat a team that failed to score a touchdown. 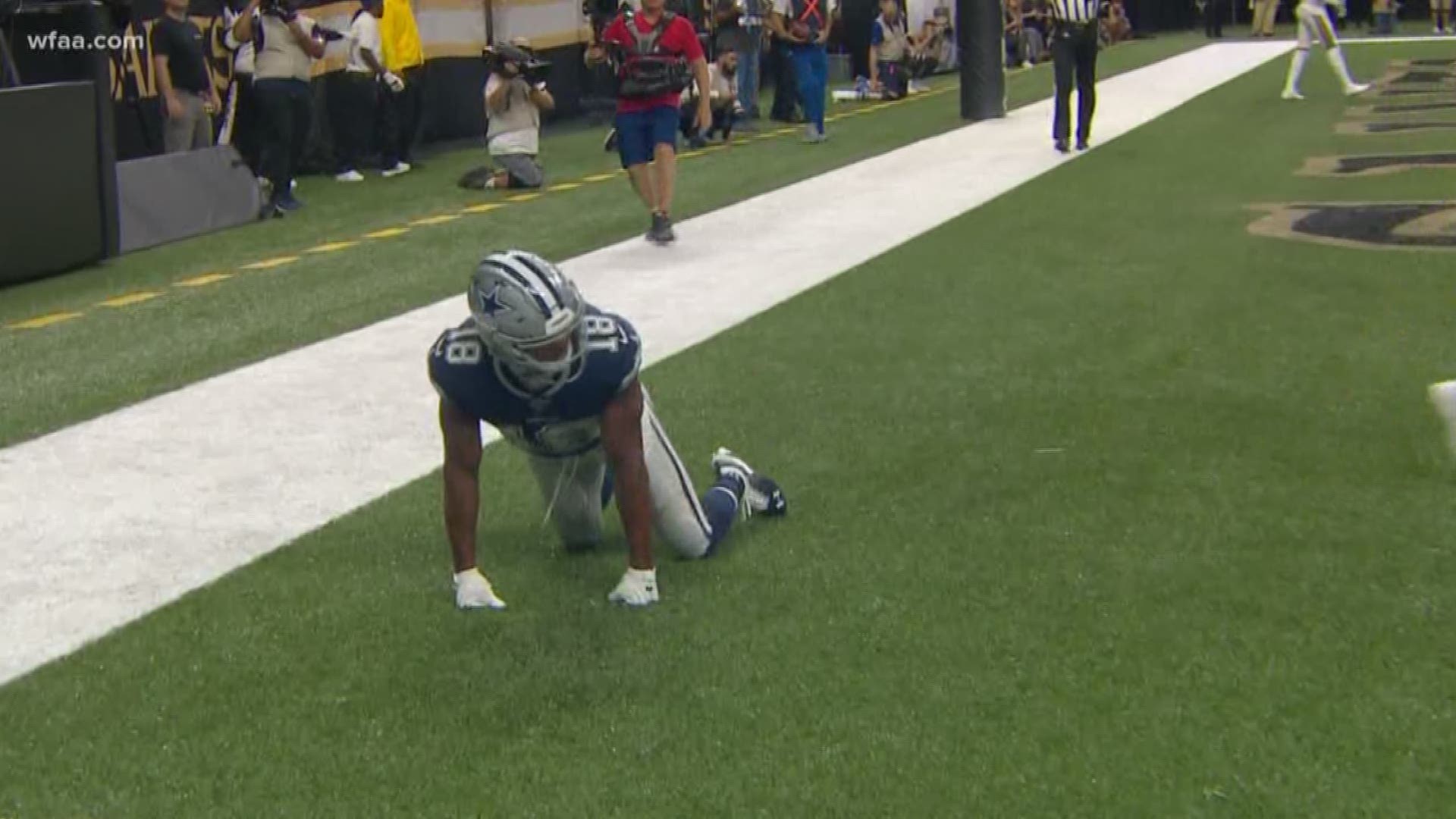 In a city where hangover maintenance is often a must, the Cowboys offense experienced a sobering reality.

After averaging more than 30 points a game through three weeks, Dak Prescott and company failed to beat a team that failed to score a touchdown.

“I think this one’s on us,”  Prescott said afterward. “I think this was about our lack of execution. Regardless of the way they were doing things, there were a lot of plays left out there, on my part on this whole offense’s part.”

It’s hard to quantify if the loss will have a lasting effect on the Cowboys offense.

The Saints were able to do what most teams can’t: throttle Zeke Elliott.

He averaged a career-low 1.9 yards per carry.

The ineffectiveness on the ground spilled over into the Cowboys play-action passing attack.

Sustaining drives was problematic, the Cowboys converting just 4-of-11 third downs. And failing to cash in with a touchdown on their second first-quarter drive proved costly.

"In the moment it felt like we couldn’t make the plays when we had the opportunities," said receiver Randall Cobb, who simply couldn't corral that throw. "We had plenty of opportunities and we missed out on 'em."

"I gotta make that pass to the back of the end zone to Cobb," Prescott said. "We just left a lot of plays out there and it showed."

Add in a couple of killer turnovers on their last two drives of the first half, and in a game with just nine possessions, the Cowboys offense came up woefully short in the big-play department.

“It won’t be a good night’s sleep," Witten said. "I always say having a turnover is the worse feeling in the world because you feel like you let everybody down."

“[New Orleans] won a hard-fought game," he said. "But they won it with a good scheme, good coaching.”

More than just a nod to the opposition, it was a clear message to Cowboys offensive coordinator Kellen Moore.

When the Cowboys bread-and-butter isn’t effective, the up-and-coming play-caller must create better options.

"Nobody's going to panic," Witten said. We're going to stay together. I think we'll get better and I think next Sunday can't get here fast enough."