Mock draft for all Dallas Cowboys picks at NFL Draft

The Dallas Cowboys do not have a first round pick in this year's NFL Draft, but they will make at least six selections, barring a trade. 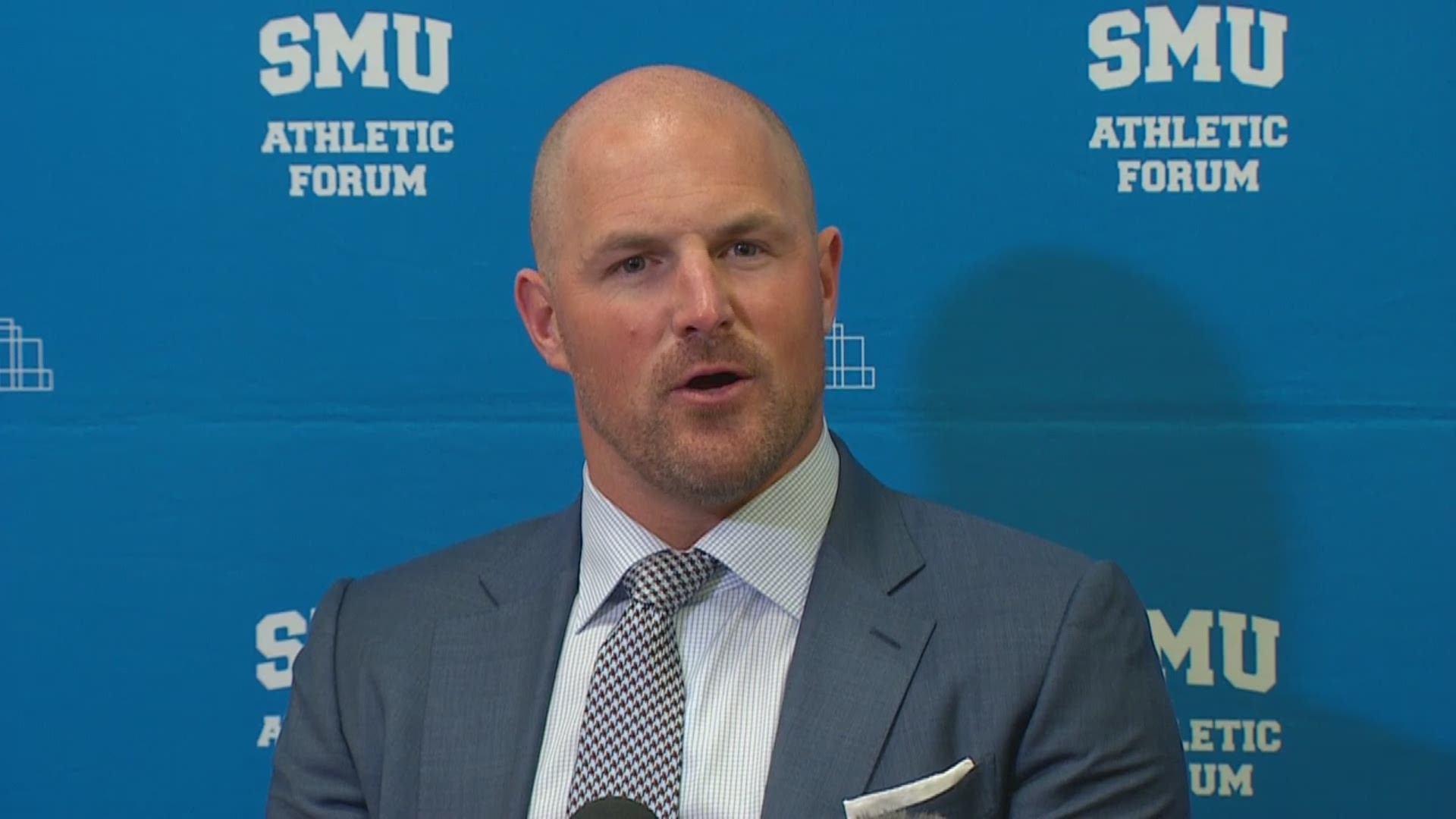 DALLAS — The NFL Draft begins Thursday night for most teams, with the Dallas Cowboys officially set to join the party late until Friday evening for rounds two and three.

If things hold as is, the Cowboys will have six picks over the seven rounds of the draft with no first-round selection due to the trade for Amari Cooper last season and no sixth-round pick due to sending a conditional pick for Bene Benwikere back in 2017. However, don’t put it past the Jones family to jump back into the first round on Thursday night if a player they have their eyes on begins to drop.

With six picks in their back pocket to set a 2019 draft class, it's time to figure out who will be the next set of youngsters that will play with the star on their helmets.

A note: This mock draft will have six selections for the Dallas Cowboys with no trades anticipated.

The Dallas Cowboys are in need of another safety next to Xavier Woods on the backend of the defense. Thornhill makes a ton of sense with his ability to not only be a sure tackler but to make plays on the ball in the air.

Thornhill has the instincts to create interceptions with his experience at cornerback and he brings position flex that this team has shown the propensity to value. Thornhill has an opportunity to take the starting role from the incumbent starter in Jeff Heath and without a first round pick, the opportunity to grab a starting-caliber player is too good to pass up.

Tight end has been one of the top needs for this team for the last two offseasons, especially following the abrupt retirement of Jason Witten at last year's draft.

Even with Witten's reinstatement, the team still has a need at the position with an eye toward the future. The Cowboys have two young tight ends who have shown flashes in Dalton Schultz and Blake Jarwin but with Witten taking many of the reps, they might not get a chance to prove themselves to be long term options.

The team lost Geoff Swaim in free agency and the jury is still out on Rico Gathers which means the Cowboys could use a prospect for the future. Kaden Smith brings physicality as a blocker and good hands as a receiver. Smith could be the guy that brings some consistency beyond the Witten era which would certainly be worth a third-round pick.

The Cowboys have shown a need for interior line help especially with David Irving no longer in the fold and the injury concerns surrounding Maliek Collins. Even after a few signings along the defensive line in free agency, the Cowboys could still use more depth at tackle.

The run defense was gashed against the Los Angeles Rams in their playoff defeat in the Divisional Round and the addition of Daylon Mack would only help in solidifying the middle.

Mack really stood out with his performances in the Shrine Game and during Senior Bowl week in Mobile, Alabama. Mack, much like Smith, is a local kid having played in the booming metropolis of Gladewater, Texas.

The addition of Crosby makes sense for a team that needs depth on the edges. After another suspension, the Cowboys can't be sure about the future of Randy Gregory at this point despite the fact that the team extended his contract which would seem to indicate that he should play this season.

There also remains the current rumor surrounding 2017 first round selection Taco Charlton about the possibility of him being traded to another team this weekend. Should that be the case, Crosby can step into the rotation behind Robert Quinn on the left side of defensive line.

Hurd would be a bit of a project but he has the tools to make an impact for the team. He could very well come in and try to replace another former Bear in Terrance Williams as a quality third wideout. He will need to work on his route tree but he has the size and length that can create issues for opposing defenders.

Another reason that Hurd could be a fit in Dallas is the Cowboys have had a need for a jump ball outside threat ever since they released Dez Bryant. Some hoped that Gathers could be that guy but he never really received an opportunity on game days. Hurd is a former running back so he provides some position flexibility and could be used in a variety of ways giving new playcaller Kellen Moore another option.

What would a mock draft be without a Boise State player making an appearance for the Dallas Cowboys? This wouldn't just be a customary selection, either, as Mattison definitely fits a need for the Cowboys as they are known to be after running back depth behind Ezekiel Elliott.

Mattison can help on chip blocks, run the ball and catch the ball out of the backfield. However, Mattison isn’t a very explosive athlete which is why you find him in the final round of the draft. What Mattison does bring to the table is the ability to be a steady back that could help this team when spelling Elliott as a backup.

How would you rate this draft class for the Cowboys? Give your thoughts and make your own predictions to Patrick on Twitter @DraftCowboys.