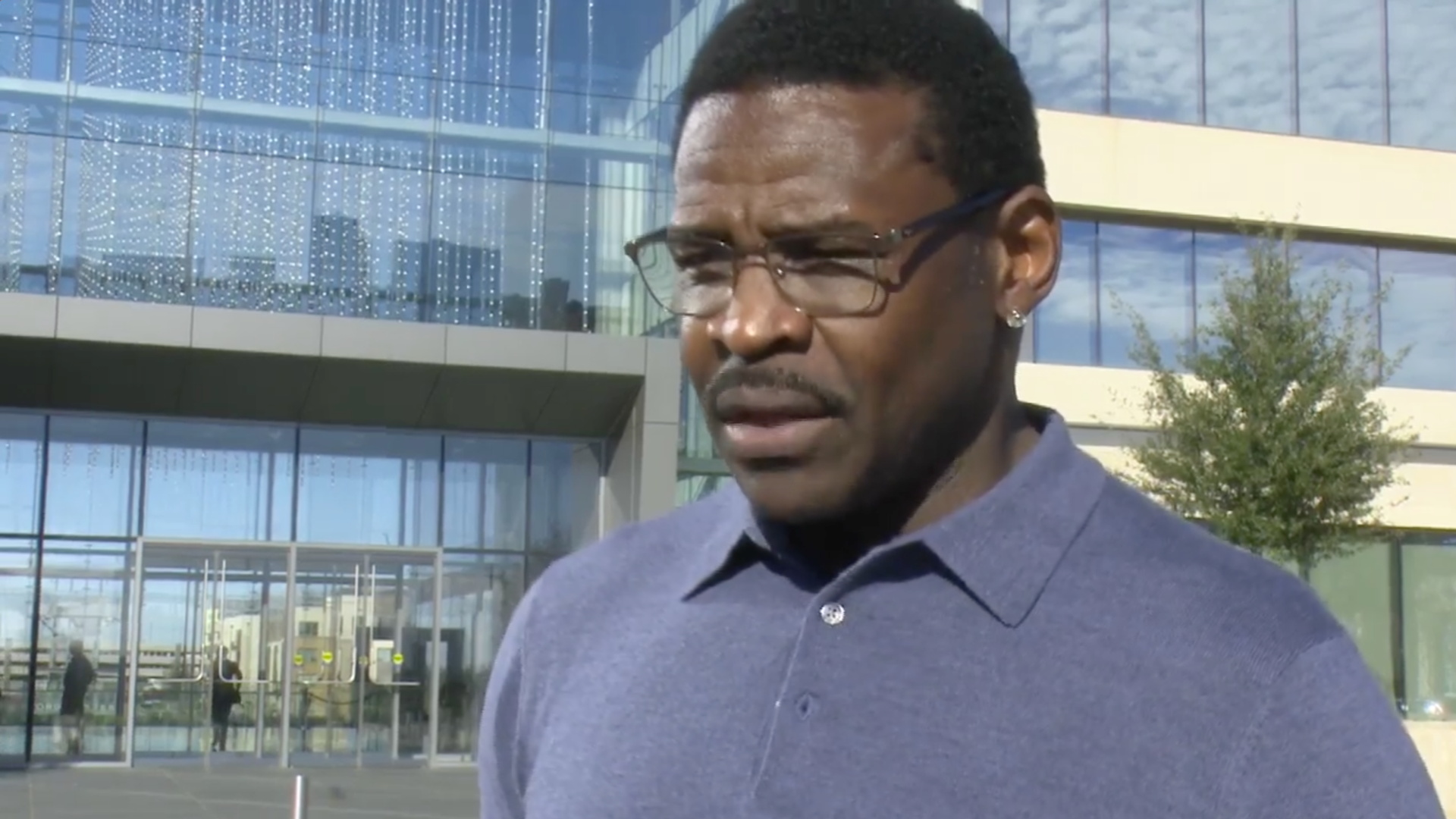 DALLAS — Former Dallas Cowboys receiver Michael Irvin is pleased with the window dressing that first-year offensive coordinator Kellen Moore will bring to the scheme, but hopes that it does not detract from the team's objective to run the football.

The three-time Super Bowl champion and Pro Football Hall of Famer joined "JaM Session" on 103.3 ESPN Radio [KESN-FM] to relay a conversation he had with Cowboys owner Jerry Jones when visiting the Jones family in Highland Park a couple weeks ago.

"He was telling me about some of the things Kellen Moore wanted to be able to do and what he wanted him to be able to do," Irvin said. "And everybody is getting into this movement offense. And I said, 'Jerry, I love that. I love all of that. But let that be the dressing now. The main thing is it has to be [Ezekiel Elliott] and running the football.'"

Even though in 2018 Elliott captured his second rushing title in three NFL seasons, the All-Pro running back seemed under utilized in then-offensive coordinator Scott Linehan's scheme. The Cowboys had red zone problems, and it was typified by the fact Elliott had six rushing touchdowns despite gaining 1,434 yards on 304 carries. Elliott's six rushing touchdowns were the lowest for a NFL rushing champion since 1982 when New York Jets running back Freeman McNeil rushed for six scores in the strike-shortened 1982 season.

Irvin hopes the Cowboys don't lose the inventory that made the shop attractive while creating a more appealing storefront.

"Put these dressings all around it," said Irvin. "Let's not get caught up in the designed stuff and forget the basic stuff. Let's add things to that offense. So, I worry about it when I hear it. It's all great. It's all cool, but I want to hear more people talk about, listen, our base is our base. I want to add to our base and not get away from it. That's how the Cowboys will win football games."

What encourages Irvin, who played for the Cowboys from 1988-99, is that the players inside the locker room at The Star endorsed Moore, according to Irvin's interactions with them. Irvin likened the transition from Linehan to Moore to when the Cowboys replaced two-year offensive coordinator Dave Shula with Norv Turner in 1991.

If Moore is able to balance taking in his skill positions' input without getting overwhelmed with their requests, then it could bode well for a Cowboys team looking to qualify for the playoffs in consecutive seasons for the first time since 2006-07. If not, it will continue the pattern, at least under coach Jason Garrett, of reaching the postseason in even-numbered years and failing to do so in odd-numbered seasons.

"They've got Kellen Moore's ear-gate, and I think that will make a difference," said Irvin. "At least, I'm hoping and praying it does."

From the Playmaker's lips to God's ear-gate.

Do you think the offense will still see plenty of Zeke in 2019 or will the Cowboys try to join the rest of the pass-happy league? Share your thoughts on the play calling in Dallas with Mark on Twitter @therealmarklane.