From memes to shirts to hashtags, lots of people want Jason Garrett gone 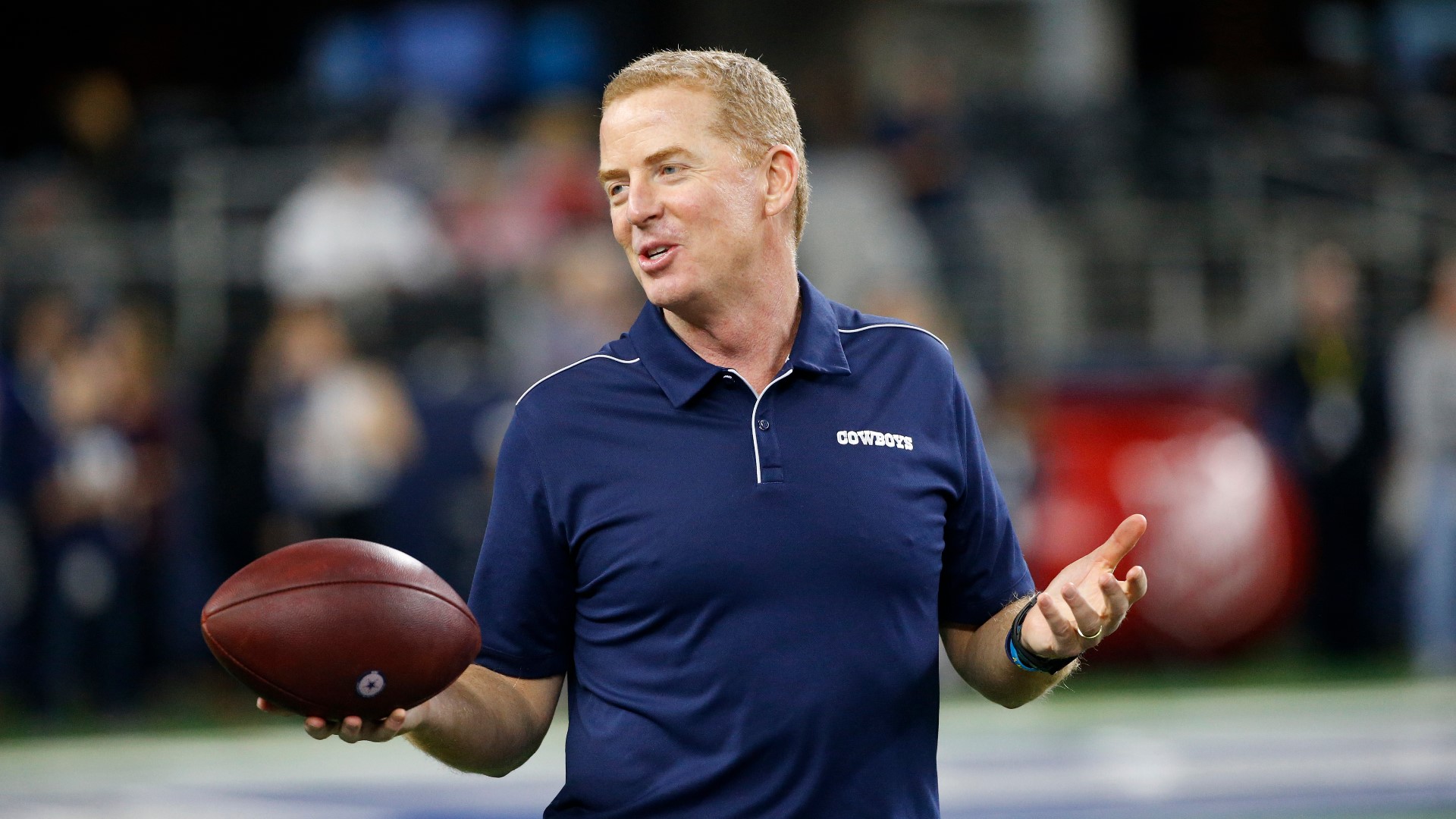 Remember him? He's practically the godfather of television news.

From the assassination of President John F. Kennedy to man's first steps on the moon, Cronkite was at the anchor desk during some of America's most important historical moments.

President Lyndon Johnson even reportedly said, "If I've lost Cronkite, I've lost middle America," after the CBS heavyweight aired a scathing report in 1968 about the Vietnam War and how America would not likely win it.

That quote from Johnson (and I say this for legal purposes) has been disputed.

Nevertheless, America's perception of the war changed after Cronkite's report.

So, what the heck does Walter Cronkite have to do with the Dallas Cowboys?

Well, after the 'Boys had an embarrassing loss to the Buffalo Bills on Thanksgiving Day, this reporter asks, "Is owner Jerry Jones losing the fanbase?"

After the game, fans were quick to pile on head coach Jason Garrett.

The former Cowboys quarterback has been at the helm of the team for nine years but is sitting in the hot seat.

He's in the last year of his contract, and patience is wearing thin after the Cowboys have lost six of their last nine games.

The hashtag #FireGarrett emerged on Twitter after the loss and was even used by NFL Hall of Fame receiver Terrell Owens, who was a standout for the Cowboys.

Bullzerk, a Dallas t-shirt company, started offering shirts on Friday that say, "All I want for Christmas is a new coach."

There's even a Hanukkah edition!

Then, there are the Jason Garrett memes. The spicy, spicy memes.

My personal favorite might be a doctored photo of the Omni Hotel, which is clearly a staple of the Dallas skyline.

Businesses and groups often use the hotel's LED lights on the building to promote themselves.

In the doctored photo, "Fire Garrett" runs across the building.

It's only fair to point out that discussions about Garrett will likely not happen until the end of the season.

Garrett is still leading the division, and the team does have a chance to make the playoffs.

But the writing is on the wall.

If Garrett doesn't magically win the Super Bowl or make a deep playoff run, it's likely he's in his final months as head coach.

And if Jerry Jones needs a Walter Cronkite for a reality check, a voice that's supported him for years and represents the interests of thousands of people, he should look no further than Stoney Kersh.

Kersh is a longtime Cowboys fan who turned his entire home into a museum for the football team. It's filled with priceless and irreplaceable memorabilia that fans flock to see before games.

NFL Commissioner Roger Goodell even showed up one time to take a tour.

So what's his evaluation of things right now?

"America's team is supposed to win on Thanksgiving Day," Kersh said. "I mean, who wants to be on national TV and lose all the games you play in?

For the record, Kersh likes Garrett but that doesn't mean he won't be critical of him.

"I don't dislike the guy as a coach, but I don't like how we've been losing so much," Kersh said. "Garrett needs to get us to the Super Bowl now this season or he needs to be gone, he's had a lot of time to get us there."

So, back to the question: Is Jones losing the fanbase?

The modern-day 'Cowboys Cronkite' gave us his two cents from the comfort of his blue and silver home.

"I don't think so, not quite. Our season is not over with by any stretch of the imagination, but we need to salvage it now. They haven't lost my confidence just yet," Kersh said.