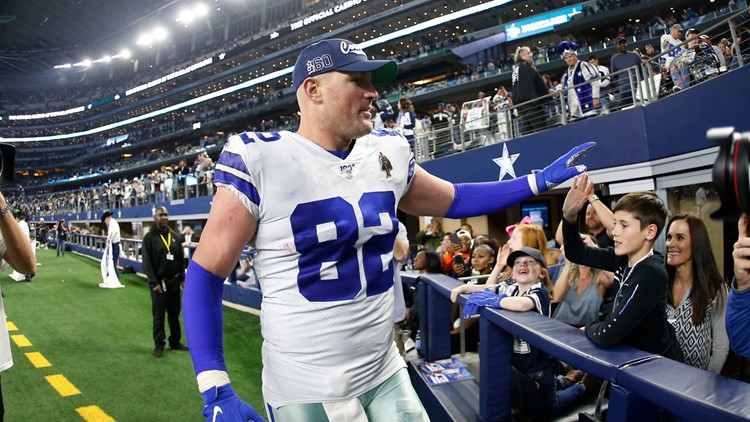 FRISCO, Texas — For the first time in his Hall of Fame career, legendary Dallas Cowboys tight end Jason Witten will suit up for a different NFL team.

Witten has agreed to a one-year deal with the Las Vegas Raiders worth up to $4.75 million, according to ESPN.

This news breaks one day after the Cowboys inked tight end Blake Jarwin to a 3-year, $24.25 million contract extension.

Drafted in 2003, Witten spent 16 of his next 17 years with the Cowboys organization. He retired in 2018 to join ESPN's "Monday Night Football" broadcast team before returning to the Cowboys for the 2019 season.

The soon-to-be 38-year-old joins the Raiders ahead of the franchise's debut season in its new home of Las Vegas.

He is expected to provide depth -- behind starter Darren Waller -- and veteran leadership for Raiders head coach Jon Gruden.