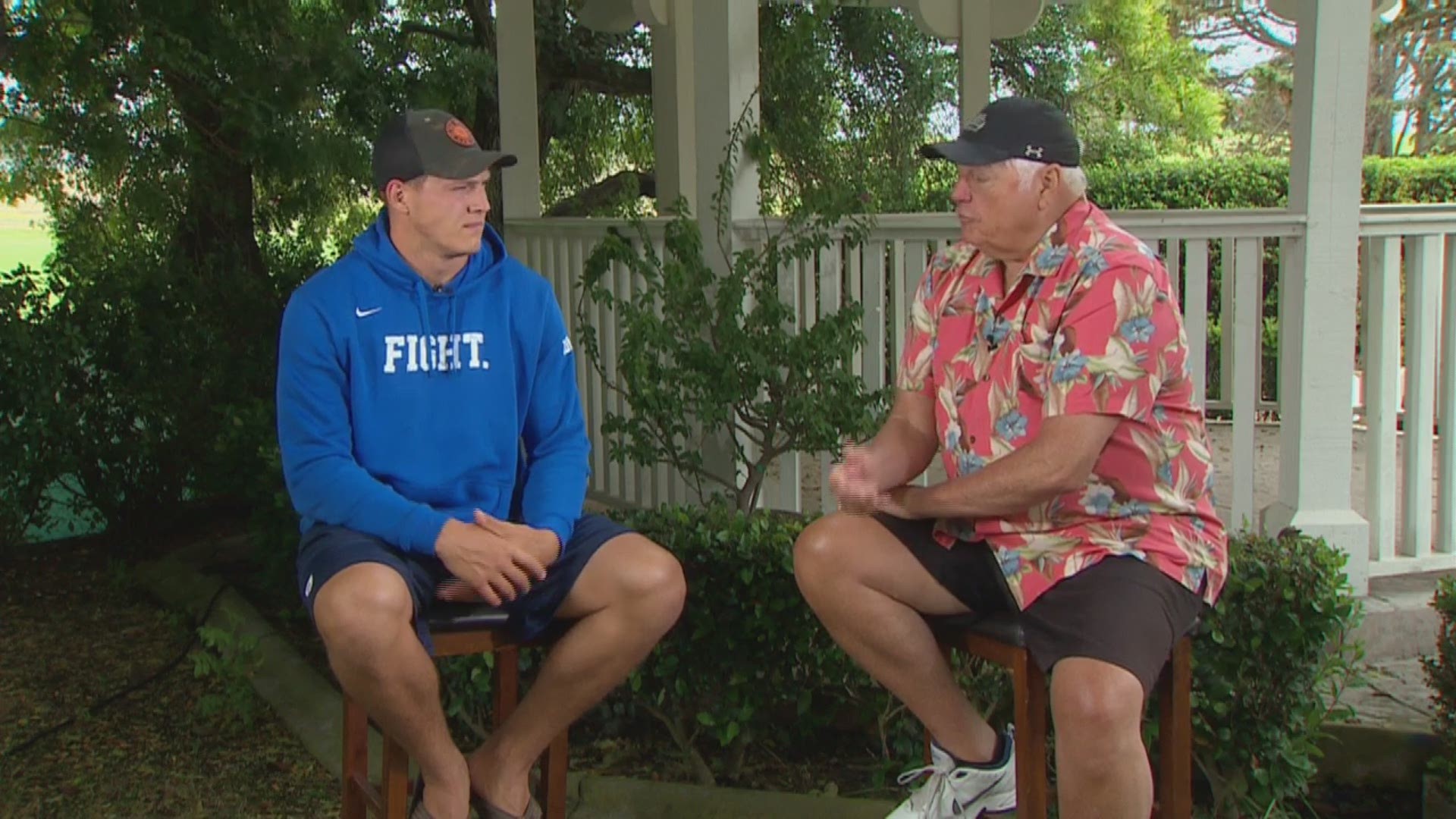 DALLAS — For Sean Lee, so much of his football career has centered around the Dallas Cowboys and helping the team meet its objectives.

If one were to diagnose Lee, it would be he's crazy for football, a syndrome Cowboys coach Jason Garrett pegged way back in 2010 during Lee's draft visit at Valley Ranch. Though Wade Phillips was the coach at the time and Garrett merely an offensive coordinator with an assistant head coach title, Garrett can still remember Lee's aura nine years later.

"I can remember him coming for the 30 visit and just he has this look in his eye, almost looks like he’s crazy, you know," Garrett told reporters Monday at training camp in Oxnard, Calif. "He just loves ball. And he’s so passionate about it and just wants to be great, wants to help our team be great."

The two-time Pro Bowler doesn't have to play special teams. He could continue to spend all of his snaps on defense with dynamic, youthful linebackers Jaylon Smith and Leighton Vander Esch, whose combined and individual excellence has to make an old man like Lee feel rejuvenated playing a young man's game. Instead, he is taken special teams reps away from the likes of Kyle Queiro, Luke Gifford, and Nate Hall, bubble players who need every rep of any kind possible to make the team.

What Lee playing special teams does is also demonstrate to other players that if a captain level player is willing to put in that type of hustle, then who are they to not put forth the extra effort?

"He’s as highly respected a guy as we have in our locker room, and that’s why," Garrett explained. "He loves the game. No stone unturned. Attention to detail. Here early, stays late. And is so engaged in this. It’s just fantastic.

RELATED: Cowboys training camp preview -- lot's of C's... is one of them 'championship'?

"So if you’re a young player, if you’re Jaylon Smith, if you’re Leighton Vander Esch, other young linebackers, other guys on our defense, guys throughout our team and you see this example, you see wow, that’s how you get to be an elite player in this league. And he shows it to us every day."

The former 2010 second-round selection from Penn State has collected 688 combined tackles, 3.0 sacks, 56 tackles for loss, two forced fumbles, four fumble recoveries, 13 interceptions, and two returned for touchdowns in his 93 career games. Though injuries have been the best blocker to keep him neutralized, Lee has nonetheless persevered and continues to pursue excellence to help the Cowboys win.

"He sees this as an opportunity," Garrett said. "He wants to help in a lot of different ways and again his impact has been significant."

Do you think the trio of Lee, Jaylon Smith, and Leighton Vander Esch can continue their dominant play in 2019? Share your thoughts on the Cowboys LB corp with Mark on Twitter @therealmarklane.