A lawsuit filed last week by Sen. Royce West claims that Dallas Cowboys wide receiver Dez Bryant caused over $60,000 worth of damage to a DeSoto home he was renting from West. 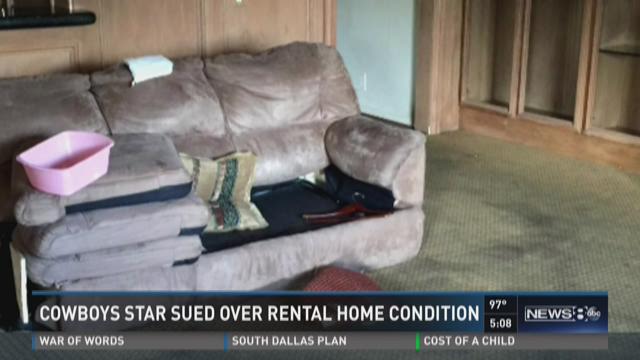 A lawsuit filed last week by Sen. Royce West claims that Dallas Cowboys wide receiver Dez Bryant caused over $60,000 worth of damage to a DeSoto home he was renting from West.

The lawsuit, filed on June 17, calls Bryant’s treatment of the house “negligent and abusive.” It stems from Bryant’s failure to accept responsibility for the damage, court documents say.

The home is located in Regents Park, a gated community.

According to the court documents, the lease agreement stated that the property was to be kept “clean and sanitary,” and that the home should be surrendered “in the same condition as when received” at the end of the lease term.

“When Mr. Bryant returned the Property to Mr. West in February 2016, however, Mr. West found it in a state of serious disrepair: littered with trash and feces, missing blinds and shutters, with cracked windows and blackened carpeting,” the lawsuit reads.

The lawsuit claims no one from Bryant’s camp showed up to perform a walk-through after he returned the property. West discovered “irreparable damage” to the property, some of which West photographed.

1 / 10
<p>Photos that appeared in a lawsuit alleging that Dez Bryant caused over $60,000 in damage to Sen. Royce West's rental home. Photo: Courtesy</p>

West claims he was forced to replace some of the flooring, lighting and ceiling fans, doors, garage locks, the gate and the home security system after Bryant moved out.

Landscaping and shutters also required repair, and the entire home needed to be repainted, the lawsuit states.

According to the Homeowner’s Association, the homes in Regents Park are supposed to be occupied by primary residents, not renters. News 8 was waiting on a statement from the HOA Wednesday afternoon.

West is part of a team of advisers assigned to mentor Bryant since he became a Dallas Cowboy in 2010.