Keys for Cowboys in Week 2 against NFC East rival Washington 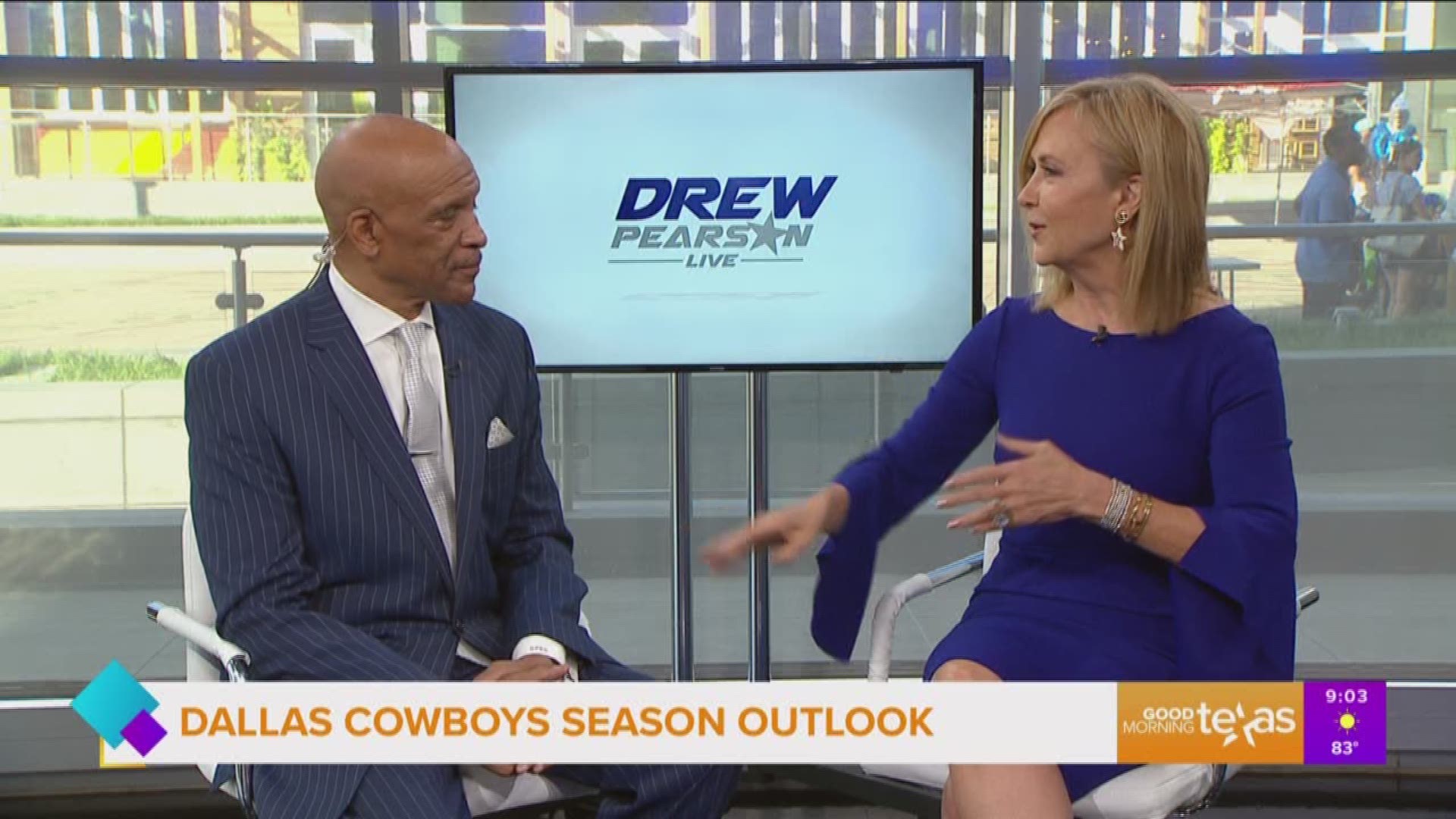 DALLAS — The Dallas Cowboys are getting ready to take their new offense on the road to a very familiar place, Washington DC. Dating back to 2013, the Cowboys are a cool 5-1 in those six games. The boys in blue will be looking to continue their winning ways against another divisional foe before shifting gears to the AFC East and the Miami Dolphins.

Dallas took its season opener with a 35-17 stomping of the New York Giant while Washington, on the other hands, will be looking to right the ship after losing a big lead against Philadelphia in their opener which ultimately ended with a five-point loss.

How can Dallas start the season with two division wins? Here's a look at the keys to victory in Washington:

Cooper is coming off a 100-yard performance against the Giants in which he averaged 17.7 yards per reception and one touchdown. In his last game against this Washington team, Amari torched the defense for 180 yards on six receptions and a couple scores. He will likely be aiming for another big performance. If you’re looking for a WR to start in fantasy, Coop may be your guy.

In their previous game, Washington was torched by a familiar nemesis in DeSean Jackson in his return to Philadelphia for 154 yards and a couple scores. It doesn’t get much easier this week with Cooper, Michael Gallup, Randall Cobb and company coming to town.

With the question marks surrounding defensive depth for Washington, it will be a favorable matchup for the Cowboys to continue throwing the ball. Cornerback Quinton Dunbar is listed as questionable and cornerback Fabian Moreau is listed as doubtful. Sunday afternoon may be another week where Kellen Moore unleashes his air raid attack that already netted a perfect passer rating for Dak Prescott in Week 1.

Get to the QB

There’s no denying that Washington has some playmakers on the outside but for the Cowboys to counteract some of their offense, the Hot Boyz will need to get to work. All-Pro tackle Trent Williams still isn’t with the team so they will have Donald Penn and Ereck Flowers on the left side of their offensive line. This is where end Kerry Hyder Jr. can really create disruption, along with Maliek Collins and Antwaun Woods up the middle.

DeMarcus Lawrence will draw Moses Morgan this week. The Cowboys need to unleash the hounds against Washington QB Case Keenum. Tank finished the last game with half a sack and a forced fumble in Week 1 against Eli Manning and New York.

The Cowboys will be looking for more of the same from their sack leader who just inked a new deal over the offseason. Throw in some blitzes from their outstanding linebacker corps and it could spell a long day for Washington.

As you often hope for when on the road against a divisional opponent, the Cowboys will be looking to get off to a fast start in this game. Washington has shown they can struggle to stop the passing game with the injury bug hitting hard in their secondary.

The Cowboys would like to get off to a swift lead to make Washington become more one dimensional on offense. Adrian Peterson has shown that he still has some juice in those legs but taking him out of the game with an early lead will only help Dallas.

The Cowboys have an aggressive group on the defensive side of the ball. If the offense is on top, and therefore make Washington a throwing team relying on the arm of Keenum, they will be playing into Dallas' hands and allowing the defensive playmakers to create short fields for this new look offense.

Cowboys win another runaway 38-17 to take a 2-0 divisional record and a leg up on any potential tie breakers.

How do you feel about Dallas' chances in Washington to take two straight against the NFC East to open the season? Share your predictions with Patrick on Twitter @DraftCowboys.