The Dallas Cowboys are expecting big things out of Randy Gregory, and owner Jerry Jones likes the way the defensive end looks so far in training camp. 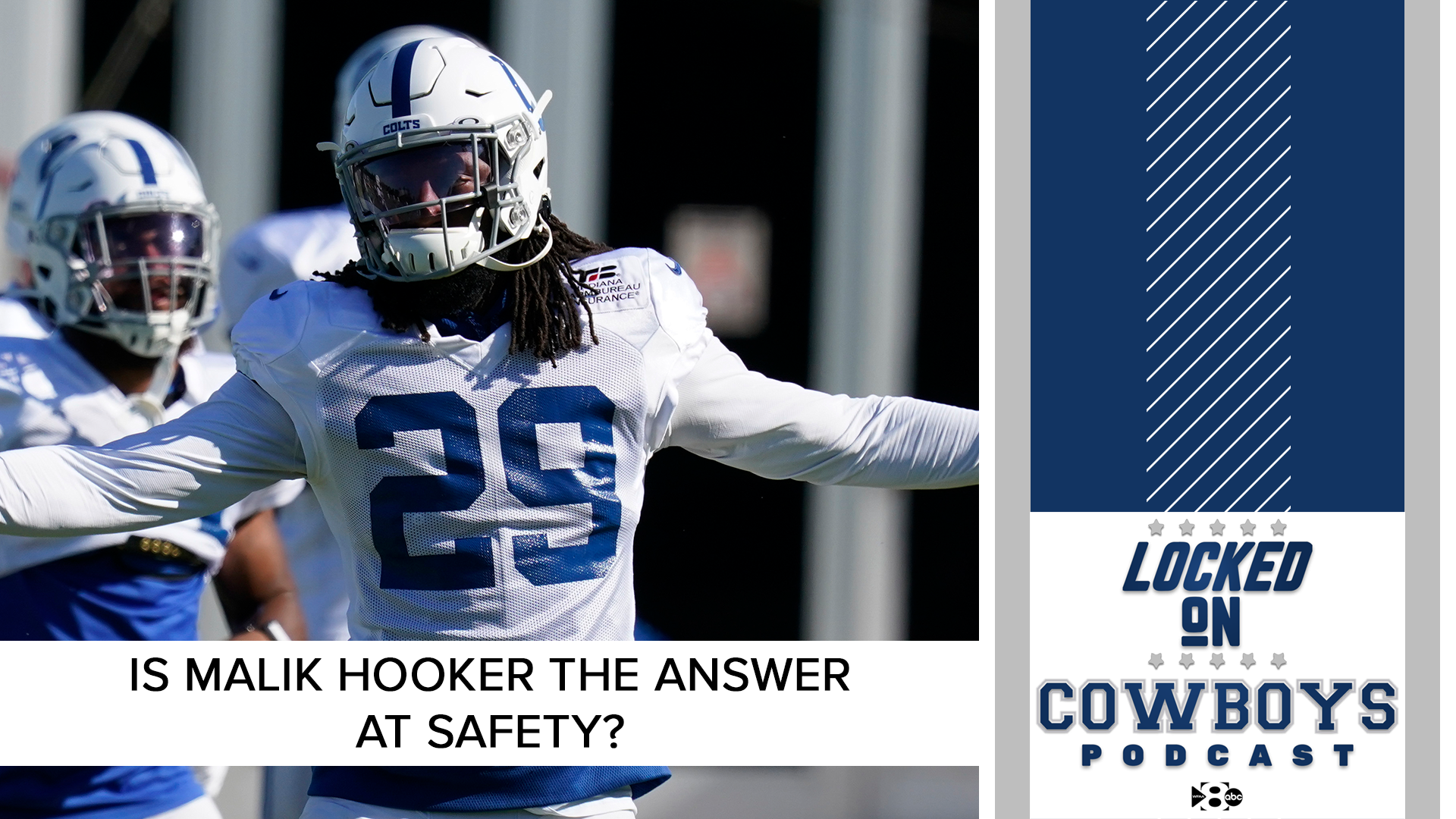 OXNARD, Calif. — Dallas Cowboys owner Jerry Jones has been thrilled with the effort from defensive end Randy Gregory through the first three practices of training camp.

Jones joined "G-Bag Nation" on 105.3 "The Fan" Monday to talk about the progress the former 2015 second-round pick from Nebraska has made.

"Because of a player's sometimes uniqueness, his circumstances, then I end up during the course of his time with the Cowboys that's been the case, spending time more with him," Jones said. "Now, I do that, provided that in my judgment that he's got some real meat on the bones, so to speak, that he's got some really — he's all there. Anybody that's ever met or been around Randy Gregory sees his depth. He's a smart guy. He's got challenges. We all do. This one sitting in this chair ain't right. But the point is the way he has stuck to his continued addressing those challenges."

Randy Gregory had a day during practice. He likely would have sacked Dak Prescott in team drills, snuffed out a reverse to CeeDee Lamb that would have led to a tackle for loss and stopped Lamb again on a jet-read flip.

Despite entering his seventh season in the league, Gregory has played just 38 games in that span. Multiple suspensions due to violations of the NFL's substance abuse policy have cost Gregory playing time, and have cost the Cowboys a chance to have an athletic edge defender who has displayed flashes of dominance as a pass rusher.

"We look for persistence in football," said Jones. "We look for guys that just, if you will, they just don't quit. They just keep coming and they keep trying to take their challenges and deal with it. Boy, he's done that, and he's done it off the field."

In 2018, Gregory played 14 games for Dallas, starting in one of them. The 6-5, 255-pound defensive end collected six sacks, seven tackles for loss, and 15 quarterback hits along with two forced fumbles and a fumble recovery.

Randy Gregory getting in some individual work with Dan Quinn pic.twitter.com/JjuO3tv4jN

Jones admits that not all of his encounters with Gregory have been smooth, waiting patiently as the Jacksonville, Fla. native served his suspensions.

"Most every time I've talked to Randy Gregory, we've had some serious things we're talking about that aren't pleasant. And, so, we've had a lot of those times," Jones said.

Jones, who is also Dallas' team president and general manager, says that Gregory is "right there in the one or two top impressive guys out here" at training camp. "That's offense or defense," Jones explained. "What's exciting is, boy, he came in here as a great potential who could develop into a great pass rusher or be one of the best one or two in the whole draft he was in."

Gregory was finishing up his most recent suspension to date, missing six games in the 2020 campaign. Gregory added 21 combined tackles, 3.5 sacks, four tackles for loss, 12 quarterback hits, three forced fumbles, and a pass breakup in the 10 games he did play.

The 29-year-old is continuing his pursuit of greatness as Jones relayed how Gregory played through a stomach ailment early in camp.

"One of his best days was one of the first two or three days out here, and, boy, he had a bad stomach and he was having trouble with that all practice and was taking time off to take care of that," Jones said. "Boy, he'd step out there and you'd think he just walked out there for the first play against the [New York] Giants. So, he's fighting through it."

Gregory has 10.5 sacks and 35 quarterback hits in his 38 career games with Dallas.

Do you anticipate seeing Randy Gregory have a breakout season with the Cowboys? Share your thoughts with Mark on Twitter @therealmarklane.