Jason Garrett: We always wanted Jon Kitna back with the Dallas Cowboys 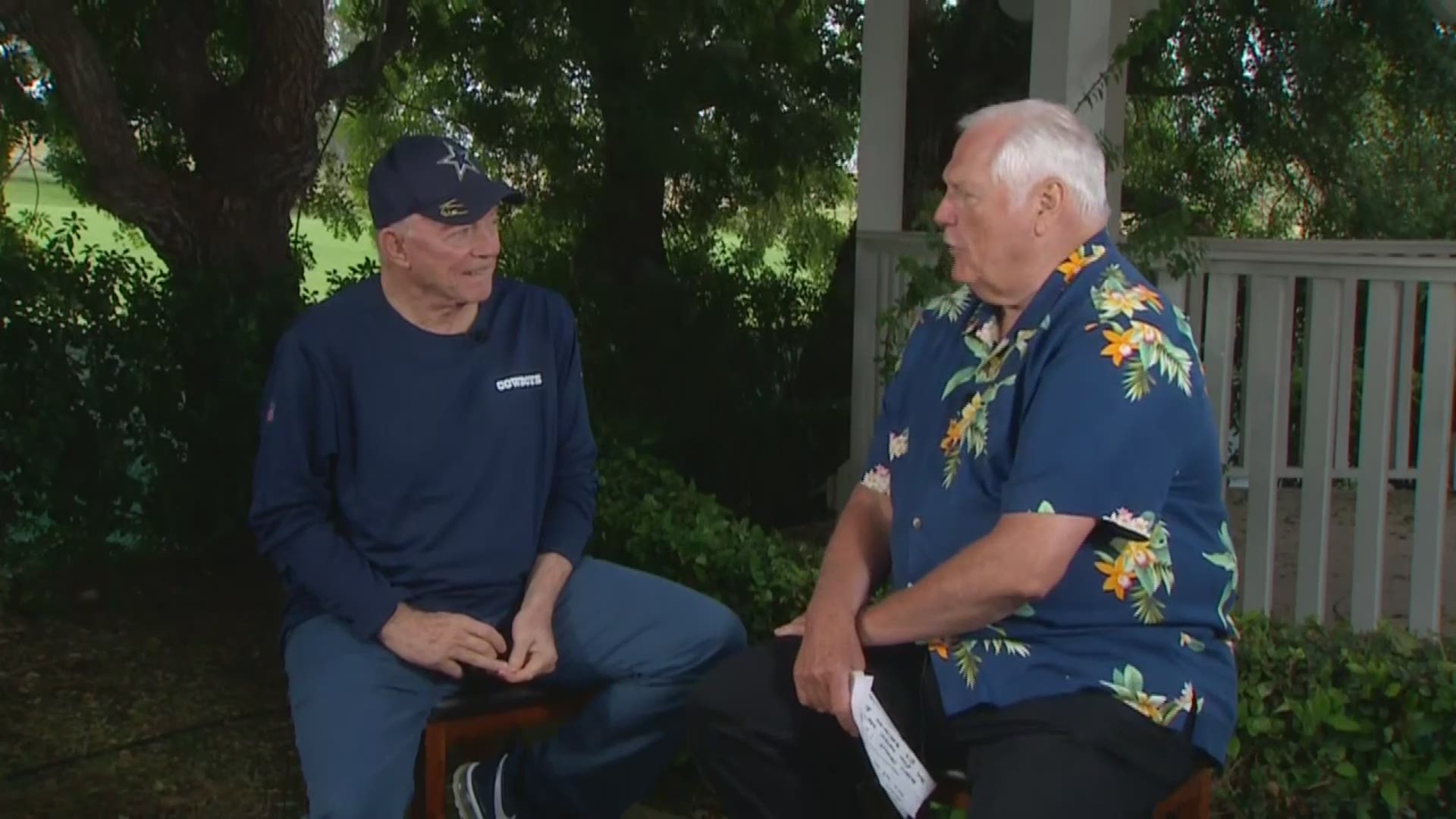 DALLAS — At some point, Jason Garrett knew Jon Kitna was going to stop playing football. When he did, Garrett wanted to make sure he got the crafty veteran backup quarterback back in the Dallas Cowboys' fold.

Dallas had a chance in the 2019 offseason with a personnel reshuffling that promoted quarterbacks coach Kellen Moore to offensive coordinator as the club let go Scott Linehan. With a shot to bring back the Cowboys backup from 2009-11 and a Week 17 game in 2013, Garrett pulled the trigger.

"He is a special person," Garrett told reporters Sunday at training camp in Oxnard, Calif. "He was a damn good player for us. He has a lot of those same things I was talking about. His command, his ability to connect with his team and have guys play for him. He played well for us when he was here."

Kitna produced a 5-5 record for the Cowboys, all in 2010 when starter Tony Romo was lost for the season with a broken collarbone. The former Seattle Seahawk, Cincinnati Bengal, and Detroit Lion even had one last heroic stand in Week 2 of 2011 as Romo dealt with broken ribs and a collapsed lung before returning to lead Dallas over the San Francisco 49ers in overtime.

In that game was one of the examples Garrett speaks of when he says Kitna can connect with his team. Receiver Jesse Holley was disconsolate before the game as he expected to be the primary complement to Miles Austin with Dez Bryant missing the game with a groin injury. Instead, the coaches passed over Holley, a veteran who struggled for every breath of his NFL life, in favor of rookie wideout Dwayne Harris. Holley was dressed out for the game, but he was hardly going to have an impact on offense.

Kitna told Holley to quit moping; as long as he had a jersey on, he could help the team win. In turn, Holley showed up big in a game the Cowboys would come back to win.

Dallas took advantage of how Kitna could help them win in 2019.

Kitna will also work with Moore, who is a rookie offensive coordinator in every sense of the phrase, along with the rest of the offense staff as the new quarterbacks coach to come up and execute game plans. More importantly, the enthusiasm the 46-year-old, who spent 16 seasons in the NFL, brings to the Cowboys is what Garrett hopes the club feeds off of.

"He is a ball guy," said Garrett. "He loves it. He is a very pure person. He cares about doing things the right way for the right reasons. He wants to help people get better. That's what he has spent his whole life doing, whether it's his family, the guys he coaches in high school and now the guys he has here.

"So he has been a great addition."

Do you think Dak Prescott will have an improved season in 2019? Share your thoughts on the franchise QB with Mark on Twitter @therealmarklane.