In Hostile Territory: What the Cowboys can expect against the Buccaneers

The Dallas Cowboys begin the 2021 season in the NFL opener where they will visit Tom Brady and the reigning Super Bowl champion Tampa Bay Buccaneers. 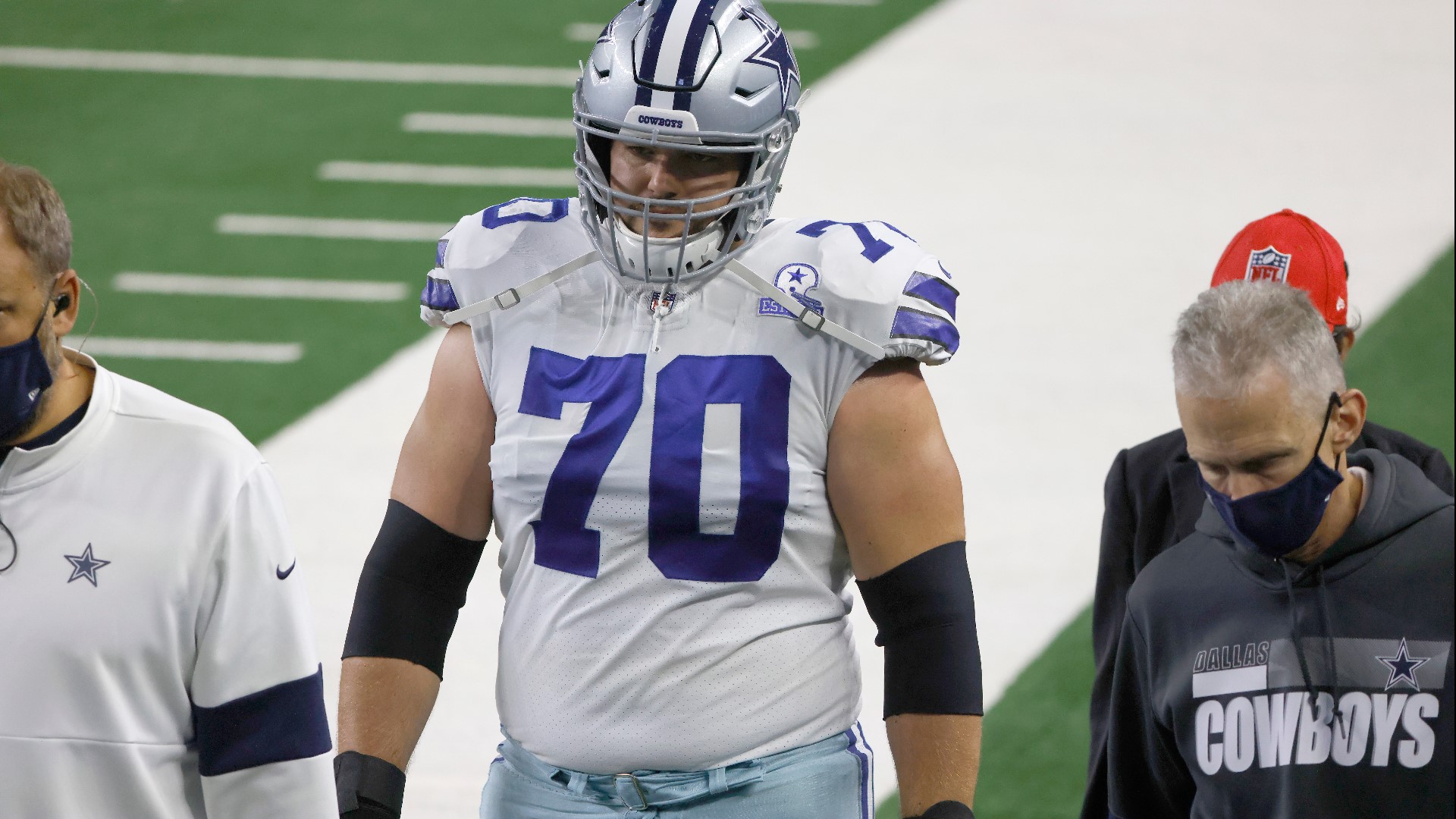 DALLAS — The Dallas Cowboys are being served up to the NFL as the initial offering for the Super Bowl champion Tampa Bay Buccaneers Thursday night at Raymond James Stadium.

The good news for Cowboys fans is, among the three teams that have managed a win against the Super Bowl champs in the Thursday night opener since 2004, one of those happened to be Dallas in 2012 when they knocked off the New York Giants 24-17.

Eli Manning was the quarterback, not Tom Brady, who will lead the Bucs in their first game of their title defense.

To get ready for the opening tilt, James Yarcho from Locked On Bucs took some time to answer a few questions about the Week 1 matchup.

Mark Lane: Much is made of the 22 returning starters for the Bucs. They did win the Super Bowl last year, but did the team need to make an upgrade at any position?

James Yarcho: Honestly, having all the starters returning from last year benefits more than some may give them credit for. Given the complexities of Bruce Arians' offense and Todd Bowles' defense, the players like Tom Brady, Rob Gronkowski, Antoine Winfield Jr., and Antonio Brown having another year in the system will make them that much better.

With Leonard Fournette re-signing with the Buccaneers, Tampa Bay will now become the first team in the salary cap era (since 1994) to bring back all 22 starters from their Super Bowl victory, per @EliasSports.

They're no longer thinking and reacting, they're simply reacting and making plays. Gronk has already spoken about how much more comfortable he is in the offense this year and Brady has said that the offense can be even better because of the understanding they all have.

So while there were maybe one or two spots that the team could have improved from an individual talent standpoint, the collective will be better with everyone returning.

ML: Tom Brady and the offense get a lot of attention. How impactful is the pass rush, especially with the addition of rookie DE Joe Tryon-Shoyinka?

JY: This pass rush was the best in the NFL in 2020 and they'll continue to be that way in 2021. The Bucs getting Joe Tryon-Shoyinka with the 32nd pick is going to cause many fans to scratch their heads when they see him on the field. The guy is an absolute monster with his combination of speed, strength, quickness, and agility.

What's really scary is that he isn't being relied upon to make an immediate impact. He can learn Bowles' defense as he goes with his number being called to give rest to Jason Pierre-Paul and Shaquil Barrett as needed.

On top of that, there will be situations where Pierre-Paul, Barrett, and Tryon-Shoyinka are all on the field together which will create serious problems for the opposing offense when it comes to protection.

Ndamukong Suh and Vita Vea are bulldozers at the front of the line - and Bowles is no stranger to sending Lavonte David, Devin White, or Antoine Winfield Jr. on blitzes. The Buccaneers have arguably the best nose tackle in Vea and the best linebacker duo in White and David that all play pivotal roles in stopping the run.

However, the offense will be getting leads early in games and forcing teams to throw against their defense which plays right into the hands of Todd Bowles.

ML: Was there any evidence that the Bucs were destined for postseason greatness when Bruce Arians took over in 2019? Albeit they upgraded at QB, was it evident in the little things?

JY: With the arrival of Arians came the first credible head coach the Bucs had since Jon Gruden. Beyond that, it was the experience and success of Arians' staff that made things seem a little different this time around. Even as raw as Byron Leftwich was, he was mentored and groomed by Arians to become a coordinator and a play caller.

Having a mind like Tom Moore in the building, with his experience and having worked with some of the all-time greats at quarterback was another big step. Same goes for quarterbacks coach Clyde Christensen. The bulk of the staff came in with successful histories and some with Super Bowl rings.

Ultimately, that's what made the difference this time around. People could get excited about what Lovie Smith had done or the potential they saw in Raheem Morris and Dirk Koetter, but this was one of the best staffs top to bottom in the NFL - and they all came because of their love for Arians.

I think many believed Arians was going to get them back into the postseason, but thoughts of Super Bowls and hoisting Lombardi trophies didn't really seem to be much more than wishful thinking until Brady came to town.

ML: Who are some Bucs that folks should keep an eye on in fantasy?

JY: There's a few answers here, but if there are those out there that have yet to draft then I have one piece of advice; draft Antonio Brown. He is going to be a PPR monster this season and his average draft position has him down in the eighth round. Brown could easily end up a top 24 receiver and you will basically get him for free.

If you have already drafted and are looking to acquire someone or want some reassurance you made the right decision, the guy to go with is Chris Godwin. Godwin had his season slightly derailed by early injuries last year, but he is the ultimate utility guy for Brady. He can line up on the outside or inside, has one of the most proficient route trees in the league, his reception percentage is outstanding, and he can beat defensive backs for the long ball. What more could you ask for? Not only that, but Godwin is playing on the franchise tag and will be out to ensure he gets his bag in the next offseason.

Obviously Bucs fans and those inside the building are hoping he gets that bag from Jason Licht, but it's far from a guarantee. Godwin would be my pick to lead the team in targets, receptions, and yards this season.

ML: What is your prediction?

JY: I think the Buccaneers are just too much for Dallas in this one. It's great to see Dak Prescott on the field again after just a heartbreaking injury last year.

With Zack Martin out and La’el Collins a major question mark, Thursday night is no longer about beating the Bucs, it’s about making sure Dak doesn’t get killed.

That said, the likely loss of Zack Martin on Thursday means Vea and Suh will be collapsing the interior of the Cowboys' offensive line far more often than if Martin was on the field. Dallas needed their A+ roster for opening night to be able to try and stay in this one and it just won't be there. Give me the Bucs to take home the win, 31-17.

Do you think the Cowboys will be able to contend with Tom Brady and the Bucs on Thursday? Share them with Mark on Twitter @therealmarklane.