At 4-1 and atop the NFC East, the Dallas Cowboys are partying like it’s the 1990s, but there’s still much to accomplish to match those legendary squads of the past. 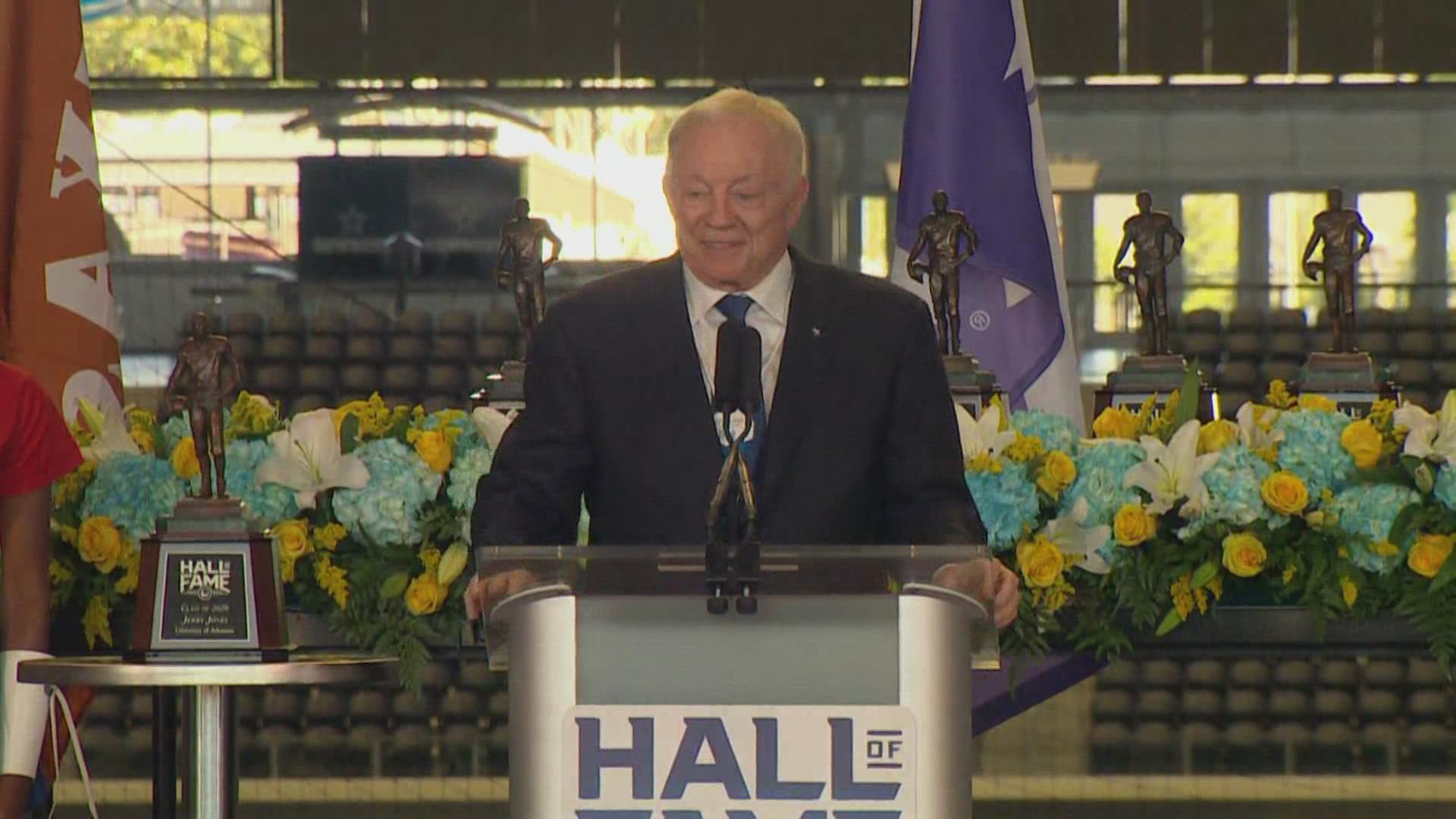 DALLAS — Don't blame the pollyanna Cowboys fans for dreaming about a revival of the early ‘90s; blame the guys who were there, and said it.

During the FOX telecast of the Dallas Cowboys' 44-20 beating of the New York Giants on Sunday afternoon at AT&T Stadium, commentator Troy Aikman compared the 4-1 squad to the now mythical Dallas teams that he played on in the early 1990s.

The era of the Triplets and three Super Bowl wins in four years seems more like a distant memory with each passing season, but for the folks who made those squads so magical, this year’s team is starting to awaken old feelings.

Similarly to his quarterback from those teams, analyst Jimmy Johnson was on his way to going that far on the postgame show until his co-hosts cut him off.

.@JimmyJohnson says this is the best #Cowboys team he has seen since — and then his cohosts drown him out.

Cowboys chief operating officer Stephen Jones joined 105.3 "The Fan" [KRLD-FM] Monday to talk about the comparisons as he was also an eyewitness to history during the Cowboys' Super Bowl stampede of 1992-95, where three Lombardi Trophies were added to the collection.

“The things I would say that I see that are very similar that I’m familiar with is it starts at the top with the quarterback," Jones told "K&C Masterpiece" on Monday. "Obviously Troy was a great leader. I think Dak [Prescott] is the same. I think he has high expectations, not only for himself, but for his teammates. He’s very unselfish, all about the team, not about individual goals. So, I think it starts there."

Prescott has played in a very Aikman-esque way through this season’s first five games. Rather than being the star of the offense and generating nearly 400 yards per game as he did last season, Prescott is putting the ball where it needs to go: specifically in the breadbasket of running backs Ezekiel Elliott and Tony Pollard. Dallas churned 515 yards of total offense against the Giants with the run game accounting for 201 of it.

Along with a game-managing quarterback — in the truest and sincere sense — and swagger on offense, the Cowboys also feature a defense predicated on speed and defensive line rotations, two key aspects of their back-to-back championship teams in 1992-93.

#Cowboys' Stephen Jones tells @1053thefan the balance they have makes it to where #Dak doesn't need to throw 400 yards a game for Dallas to have a chance.

Said Jones: "On the flip side of the ball, it’s team speed, which reminds me a lot of those teams. We have great depth. If you’ll remember, we had great rotations in the defensive line, which we have now in terms of being able to keep players fresh for the fourth quarter when you need them. Great speed at the linebacking positions obviously with Micah [Parsons] leading the way there. And then, of course, I do think we got great playmakers and great leadership in the backend as well."

The Cowboys are also 4-1 after five games, the same as the champion '92 and '95 teams were at that point in the season. However, Jones knows the '21 team has a ways to go.

"This team has a lot to prove and a long ways to go before, I think, you can compare this team to those teams that won three out of four in the early ‘90s," Jones said.

Are these Cowboys rustling up memories of the ‘90s teams for you? Share your thoughts with Mark on Twitter @therealmarklane.