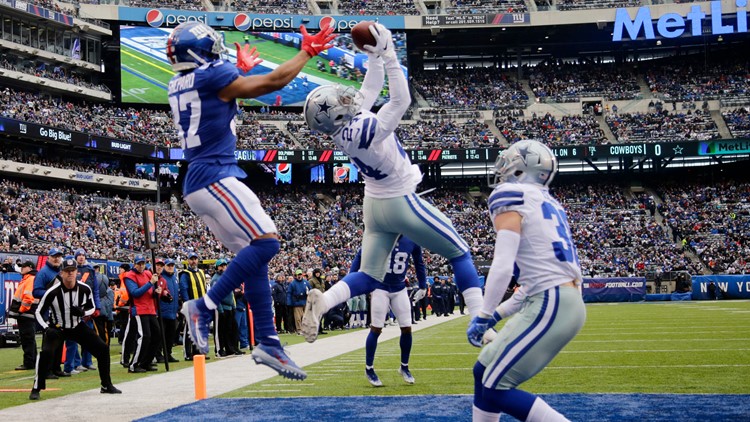 The Dallas Cowboys are projected to have the fifth-highest salary cap space in the NFL this offseason at $81.1 million, according to Over the Cap. They really don't need to pinch pennies as they did in previous years. Nonetheless, here are four Cowboys currently under contract who could save the team against the cap, qualifying them as salary cap casualties.

1. DL Tyrone Crawford — The 30-year-old from Boise State is coming off a season-ending hip injury that required surgery and limited his 2019 campaign to four games and two starts. Crawford produced just one sack, three tackles, and a tackle for loss in his abbreviated action. Because of Crawford not being available, the club traded with the New England Patriots for Michael Bennett, who provided the same position flex that Crawford was here for.

2. OT Cameron Fleming — The former New England Patriots 2014 fourth-round pick has position versatility for Dallas as the team's swing tackle. However, he will be 28 years old by the time the 2020 regular season kicks off. Fleming was active in 14 games for Dallas and started in three of them.

As has been proven even going back to the days of Doug Free, swing tackle is an important position in Dallas and one that will get even more significant the older and more worn tackles Tyron Smith and La'el Collins get. Cutting Fleming would cost the Cowboys $750,000 in dead money, but they would save $4.5 million against the salary cap if they were to let him go and look to get younger.

3. WR Devin Smith — The former New York Jets 2015 second-round pick had a breakout game of sorts against Washington in Week 2 with three catches for 74 yards and a touchdown with Michael Gallup out of the lineup with an injury. However, Smith never carried that momentum throughout the rest of the season, appearing in four games total, starting in two of them.

A return with Dallas will be dependent on what new coach Mike McCarthy wants to do with the receiving corps, but letting go of Smith would save the Cowboys $735,000 with no dead money. That could be enough to help sign the rookie class from the upcoming NFL Draft in April.

4. CB Chidobe Awuzie — The Cowboys would have to be in a world of hurt financially for this to even be a viable option. But if the Cowboys were to move on from Awuzie, it would cost them $313,833 in dead money and save them $1.1 million against the salary cap. Given that the former 2017 second-round pick will be entering the final year of his contract, it would make more sense to keep him around.

However, if they had improvements to make in other areas, it’s something to consider as far as wheeling and dealing goes if the Cowboys get top-heavy at cornerback and another team is hurting for some secondary help when training camp rolls around.

Do you think the Cowboys should focus on extensions or signing free agents? Share your thoughts on the offseason in Dallas with Mark on Twitter @therealmarklane.