Defensive End Kerry Hyder partnered with Target, and NFL players in other cities, to help bring joy to some students before Christmas. 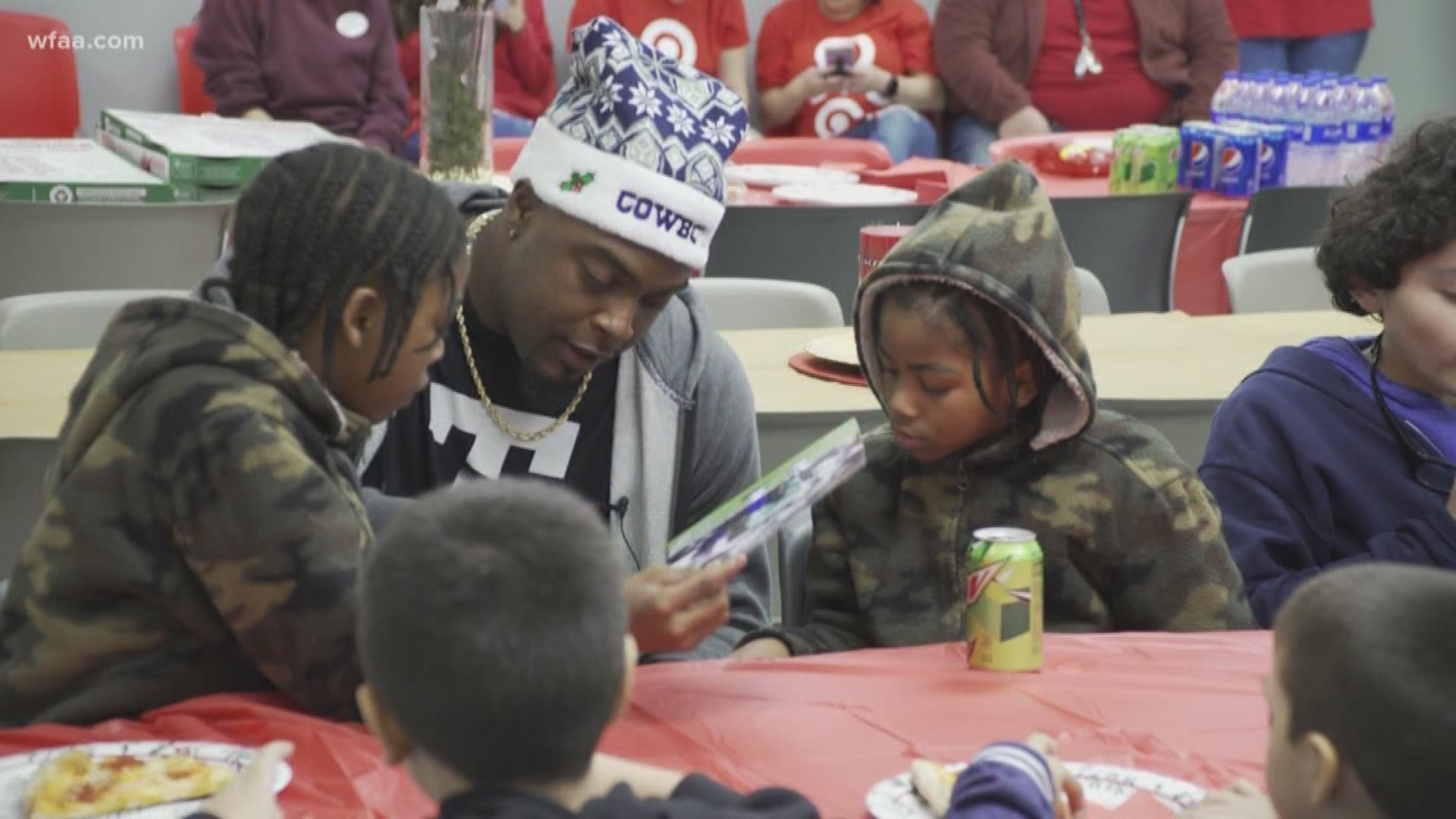 ARLINGTON, Texas — Some professional athletes are helping spread joy to children and families across North Texas this holiday season.

Kerry Hyder, a defensive end for the Dallas Cowboys, has been hard at work behind the scenes. He's been planning a special surprise for a large group of students from the Boys & Girls Clubs of Greater Tarrant County.

"The kids here at the Boys & Girls Club, they've been working really hard and I just want to give them some Christmas joy," Hyder said.

Hyder was joined by some of his teammates, including Daniel Rice, Jamize Olawale, Dorance Armstrong, Maliek Collins, and Robert Quinn.

The children thought they were arriving at Target in Arlington for a job shadowing field trip on Friday.

After a pizza party, Hyder surprised the children, telling them they were really at the store because they were receiving a shopping spree for Christmas.

RELATED: Twice as much holiday cheer: Christmas spirit and cash are in the air again in Gainesville

The children could hardly contain their excitement. Each of them was beaming when the athlete announced they were receiving a $200 gift card to spend in-store.

"I was really excited,” said Jose Matunio, “I usually don't have the amount of money to get the things I want."

Some of the children made a mad dash to electronics and toys. Others picked out new clothing.

Hyder said the event is part of an effort with his former roommate and teammate Brandon Copeland of the Jets. All of their friends in the NFL are partnering with Target stores in their respective cities.

The athletes are assisting some families this holiday.

RELATED: These kids’ adorable letters to Santa will put you in the Christmas spirit

Kamren Parks, 14, spent time during the shopping trip picking up a few items for himself. However, at one point he asked his mentors if he could pay some of his gifts forward, by sharing the blessing with someone else.

"Say someone gives you like $1,000, you're not going to go and spend it all at one time. You're going to probably give it back. Or you let them keep it. You don't spend it all," Parks said.

It’s that spirit of giving that moved a few of the football players and Boys & Girls Club mentors. They’re inspiring others to help make a difference this holiday season and beyond.