Dallas Cowboys' Jerry Jones reveals what would make him hire a GM. 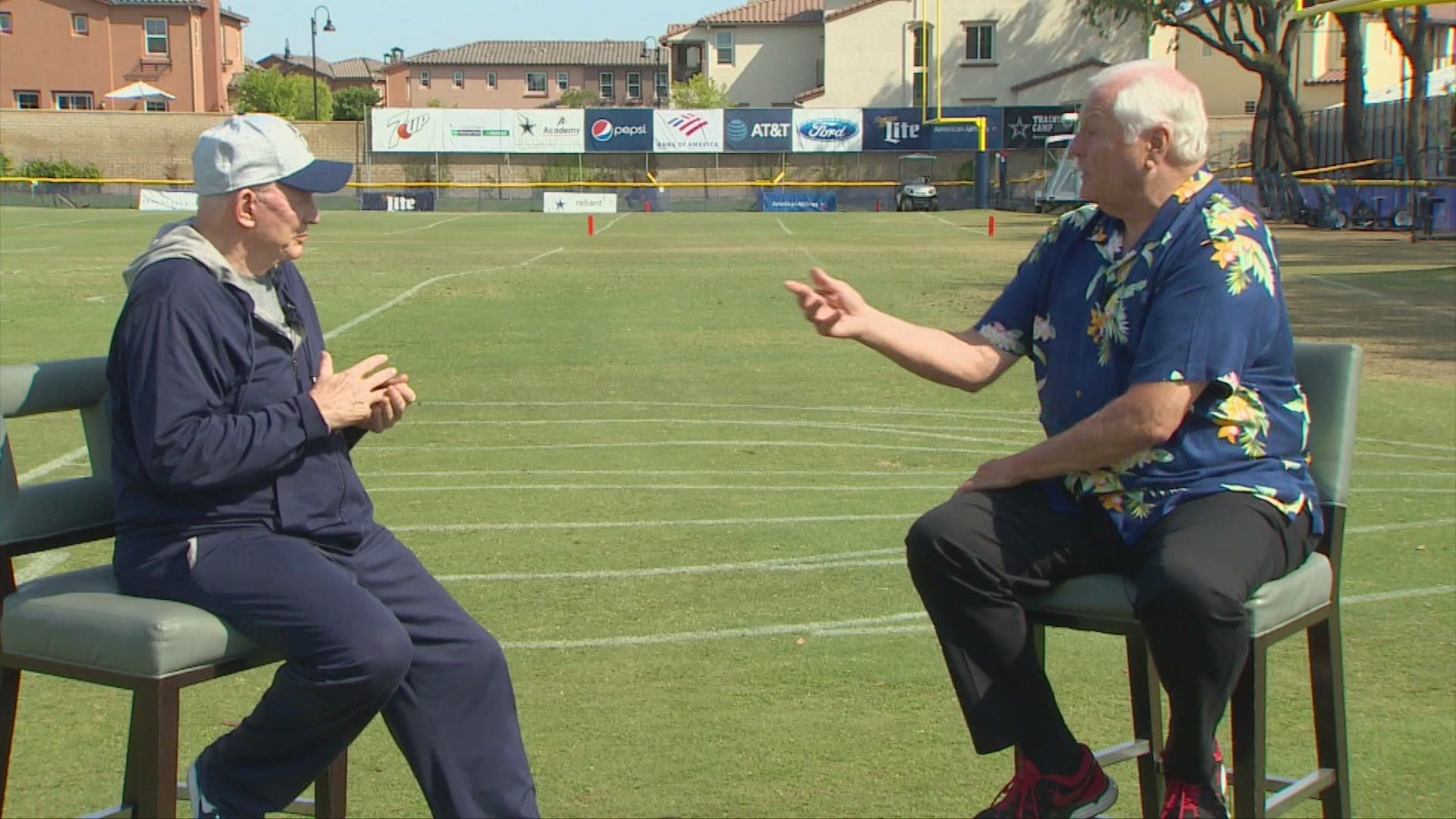 OXNARD, Calif. — Dallas Cowboys owner, president, and general manager Jerry Jones revealed to WFAA's Dale Hansen the one qualification he would need to relinquish the GM title and hire one.

In an exclusive, Hansen asked Jones if he would hire a general manager and let that person make all the football decisions.

"Yes, if I for sure knew he would win a Super Bowl," Jones said.

Of course, Jones' answer came with a catch.

"If I for sure knew he would win a Super Bowl, yesterday," said Jones. "The facts are we know that only God knows who can win the Super Bowl and who won't, and we know how many other parts have to come together."

On @1053thefan, Jerry Jones says his grandkids put him on the bench as general manager in their fantasy football league.

"My thoughts have always been: I'll have people around me that are as close to being competent, have Super Bowl type ideas and can get you to that," Jones said. "I'll have them and I'll listen. And I have and I have listened all the time. But I don't want to create some fake point."

Barry Switzer, Chan Gailey, Dave Campo, Wade Phillips, and Jason Garrett were tagged with being a "puppet coach" for Jones with only Jimmy Johnson and Bill Parcells having enough backbone, at least in the media's narrative, to stand up to Jones.

However, if Jones hired "puppet coaches," would the label not more easily transfer to "puppet GMs"? The reality is that even a general manager would have to report to Jones on the football decisions in order for him to sign off on them, thereby essentially leaving Jones as the final decision maker regardless.

"Jimmy and I have always been a subject of, 'well, who did this? Who made the decisions? Who made that?' Well, I had to agree to do it. I had to write the check. But I certainly listened to him."

RELATED: Cowboys happy to open 62nd season back in Oxnard for training camp

If Jones were to hire a general manager, a fan favorite would be three-time Super Bowl champion quarterback Troy Aikman, who is currently the A-team color commentator for the NFL on FOX. After all, if John Elway could get the Denver Broncos back to being respectable, why couldn't Aikman do the same for his former team?

"I don’t know," Aikman joked with reporters on July 25. "That job I got over there with FOX is pretty good.”

As long as Jones is signing the checks, Cowboys fans will have to accept that the owner is also the general manager. The only other team in the NFL with an owner serving as de facto general manager is Mike Brown with the Cincinnati Bengals.

Do you think the Cowboys would be better served by having a general manager other than the owner? Share your thoughts with Mark on Twitter @therealmarklane.