Blake Jarwin went from de facto starter at TE to relegated to second string with the return of Jason Witten but he hasn't let that get him down. 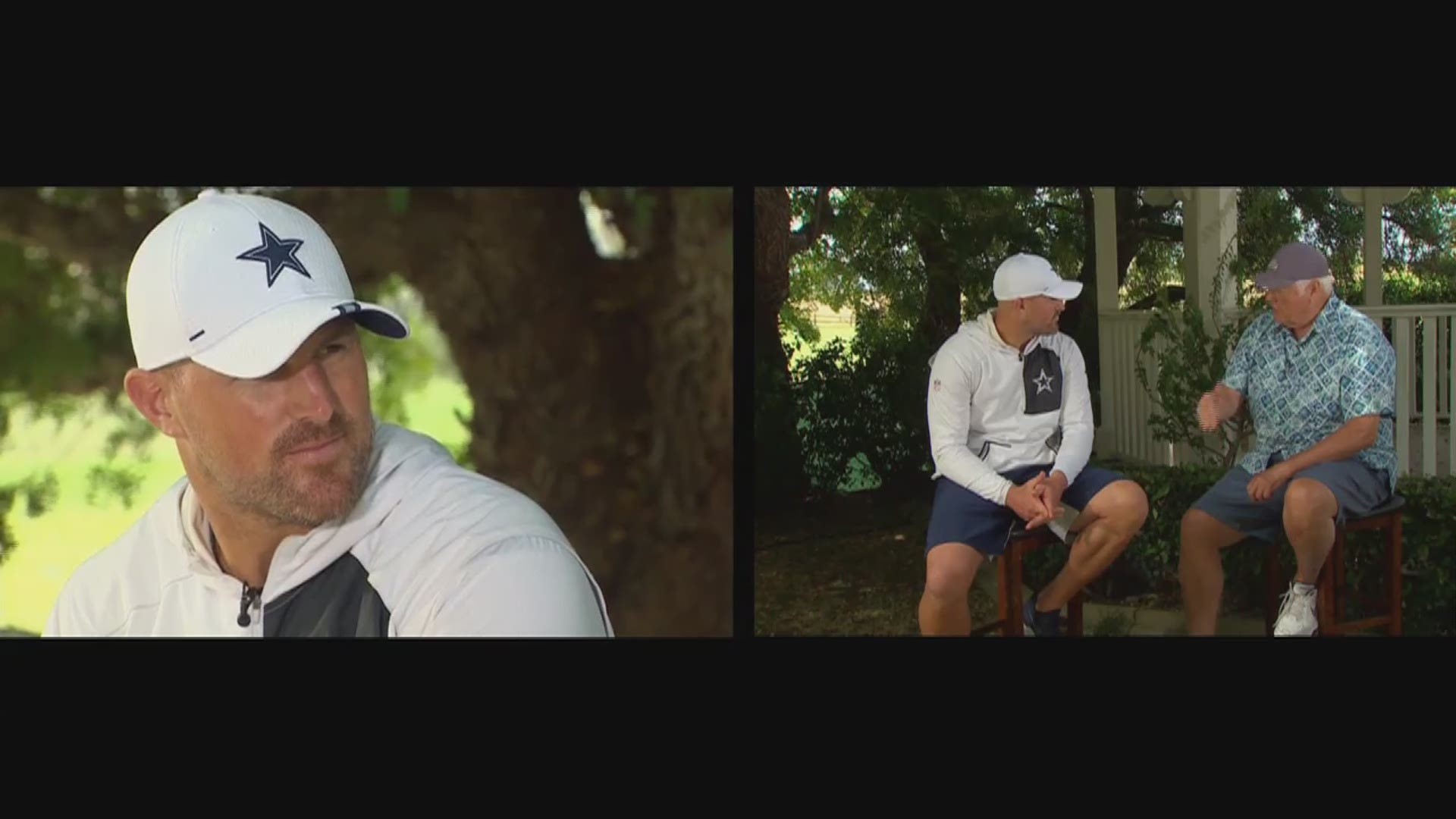 DALLAS — Blake Jarwin's workload may have decreased with the return of All-Pro Jason Witten, but the Dallas Cowboys tight end has still continued his personal growth.

Dallas coach Jason Garrett has noticed the work the former 2017 undrafted Oklahoma State product has put into his craft throughout the offseason and preseason, and believes it has bolstered his confidence despite Witten being TE1 for all intents and purposes.

"I thought his improvement over the course of last year was significant," Garrett told reporters Thursday. "He obviously had some big games down the stretch and just became more and more comfortable, more and more confident in his play, much more decisive as a blocker, as a route runner. He started making a lot of plays for us. And that carried through the offseason and into the early part of this season."

Jarwin ended the 2018 season with a seven-catch, 119-yard, three-touchdown effort in the Cowboys' 36-35 win over the New York Giants in Week 17 at MetLife Stadium. The performance was a teaser that maybe it took the Cowboys all season, but they had found the successor to Witten, who was currently retired and part of a three-man broadcast team for ESPN Monday Night Football.

As Witten announced his comeback in late February, even though the man who played more games for the Cowboys than any other player in team history was saying he was willing to integrate and not take anyone's job, the reality was it would be hard to sit a future Hall of Famer on the bench, especially when his fire for the game compelled him to return at 36 years old for his 16th season.

RELATED: A year away from the Dallas Cowboys may help TE Jason Witten knock off the rust

The one element that may be keeping Jarwin from overtaking Witten for now is a foot injury sustained in preseason. Nonetheless, he was able to catch three passes for 39 yards and a touchdown, the Cowboys' first of the season.

"He's been dealing with an injury here lately but he's a confident guy, he believes he can do it, and he can help us in a lot of different ways," Garrett said. "It certainly will help him to be around Jason Witten every day. Just see how Witten goes about it and kind of follow his lead in terms of his preparation and his play.

"He hasn't blinked in any situation that we've given him. He's handled it all really well and he's getting better and better."

As Jarwin continues to grow, it gives the Cowboys a credible second tight end threat, the likes of which they have striven to cultivate even during Witten's prime. As Jarwin grows into that role, the Cowboys are hopeful he can also overtake the top spot and provide a smooth transition when Witten eventually does hang them up.

Do you think that Blake Jarwin will be able to secure a role as one of Dak Prescott's top secondary options in this offense? Share your thoughts on the tight ends with Mark on Twitter @therealmarklane.