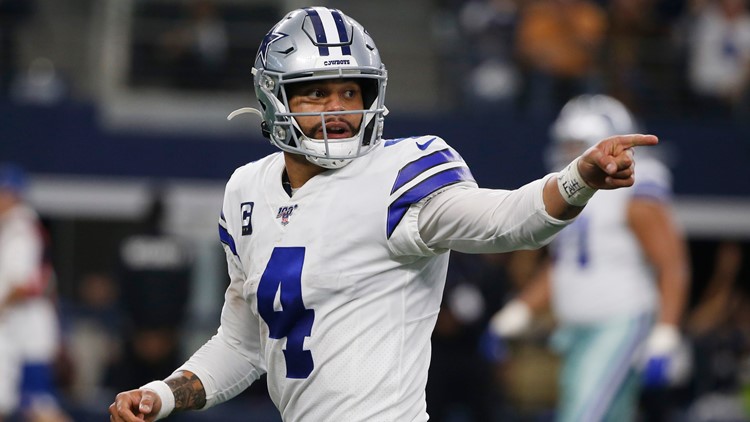 Photo by: AP
Dallas Cowboys quarterback Dak Prescott (4) during the first half of an NFL football game against the Washington Redskins in Arlington, Texas, Sunday, Dec. 15, 2019. (AP Photo/Ron Jenkins)

What happens if the Cowboys use the franchise tag on Dak Prescott?

On Super Bowl Sunday, ESPN's Adam Schefter reported the Dallas Cowboys were "likely" to use the franchise tag on quarterback Dak Prescott.

What would happen if the NFC East club that finished 8-8 decided to use their franchise tag to prevent the two-time Pro Bowler from entering free agency on March 18?

First of all, 2020, which in the NFL officially begins March 18 at 4:00 p.m. Eastern Time, is going to be a unique season as it is the final year of the current collective bargaining agreement. Until 2020, teams could only use the franchise tag or the transition tag to prevent a player from entering free agency. Now, clubs can use both according to the expiring CBA.

So, the notion that the club has to pick between Prescott and Pro Bowl wideout Amari Cooper, a la DeMarco Murray and Dez Bryant in 2015, is operating on old intel. Dallas could tag Prescott and Cooper. The problem is both would cost the market value and have an immediate impact on the salary cap.

Prescott would count around $33 million and Cooper would cost a little over $15 million. Those two maneuvers would essentially become one-year contracts that would eat into the $77.2 million that the Cowboys currently have in salary cap space.

That is why the Cowboys would like to avoid the tags this offseason.

If Dallas has to use the franchise tag on Prescott, the earliest they could do so would be Feb. 25. The deadline to declare that a player will be tagged is March 10 at 4:00 p.m. Eastern Time.

If Prescott is "tagged" during that time, the Cowboys and Prescott can continue to negotiate a long-term contract. In reality, Prescott isn't really tagged at all. He doesn't have a long-term deal or any guarantees in place to protect himself should he blow out an ACL during the club's nine-week offseason workouts, which include organized team activities and minicamp. But Prescott does have a hedge of protection that allows the Cowboys to exclusively negotiate with him.

At that point, the real deadline is July 15 at 4:00 p.m. Eastern Time, because that is when franchise tags stick. Of course, from Prescott's perspective, the tag is still non-binding as he has not signed anything. That is why the club can't fine a tagged player who missed mandatory minicamp or training camp: they aren't under contract. They haven't signed anything.

The complication for both sides, if the deadline isn't met on July 15, is that Prescott and the Cowboys will be precluded from negotiating a long-term deal until the end of the season. That is the real deadline with the franchise tag, Prescott, and the Cowboys.

There is still plenty of time to get a new deal hashed out. However, the Cowboys do need to act quickly and try to lock up Prescott before the new collective bargaining agreement hits and young quarterbacks such as Deshaun Watson and Patrick Mahomes negotiate their extensions and drive up the market value.

Do you think the Cowboys should let the franchise tag stick on Dak or should they work out an extension now? Share your thoughts with Mark on Twitter @therealmarklane.