Familiar Cowboy voice lives on through his son

Ted Emrich, the son of longtime AT&T public address announcer Roger Emrich, is set to make a remarkable debut behind the mic. 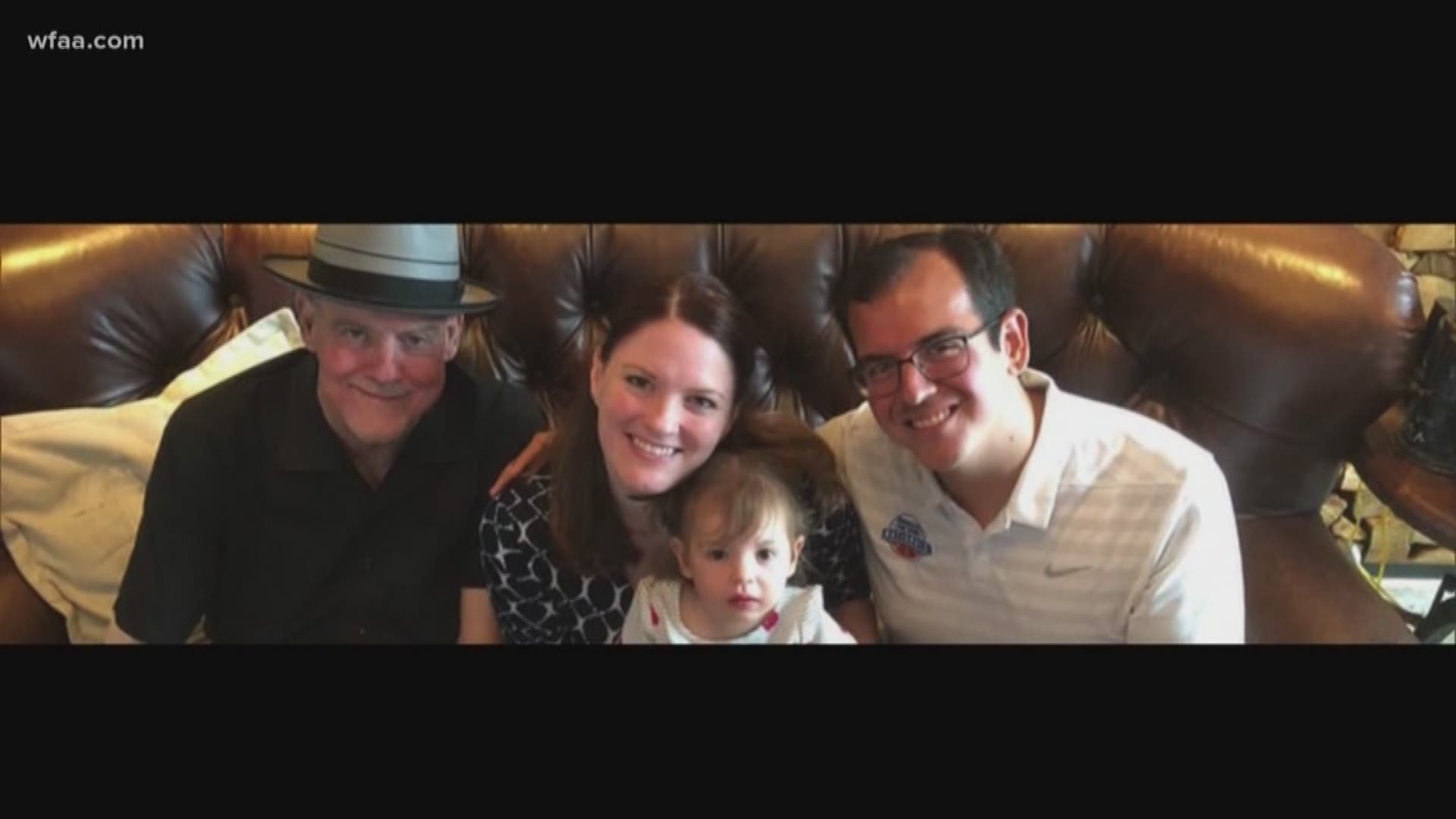 ARLINGTON, Texas — To say Ted Emrich is about to experience a dream come true may be accurate, but not adequate.

"It's something you can't conceive of,” said Emrich, who was born in Lewisville, "especially for me, as a play-by-play guy and a guy who grew up in Dallas as a Cowboys fan, it's beyond my imagination."

Emrich is an up-and-coming play-by-play voice working for ESPN and Westwood One radio.

If his last name sounds familiar, it's because his father, Roger Emrich, was the public address announcer at AT&T Stadium for several years, before passing away in April.

"To think my Dad's voice rang through AT&T Stadium for 8 years, that was his crowning achievement,” said the younger Emrich.

Now he's taking the family business to the big stage.

Cowboys play-by-play man Brad Sham, who's been an iron man in the booth, will miss Sunday's Saints game because it's a high holy day in his Jewish faith.

"I've been very fortunate,” said Sham, "went 37 years without it happening at all. Now it's happened twice in four years; luck of the draw."

The Cowboys picked Emrich to fill in.

The fact that he’ll be in the booth Sunday in the Superdome also brings an entirely different dimension to this story. Ted's father, Roger, is from New Orleans, and it's where Ted's parent's first met at a sporting event, by the way.

After the story became public, congratulatory calls have poured in, but along with them, Emrich says, there is unmistakable melancholy.

Emrich says he sure his dad knows and despite the wonderful backstory, he wants to stress the game's not about him.

While that may be true, too, it doesn’t adequately cover all that will go into the contest. There's just so much more to his story and it's just so good.

No matter the outcome of the game. The energy in the booth will be phenomenal.