Solution for struggling Cowboys: back to the basics

The solution in the wake of the Cowboys two-game slide is not complicated, but that doesn't mean it will be easy to execute. 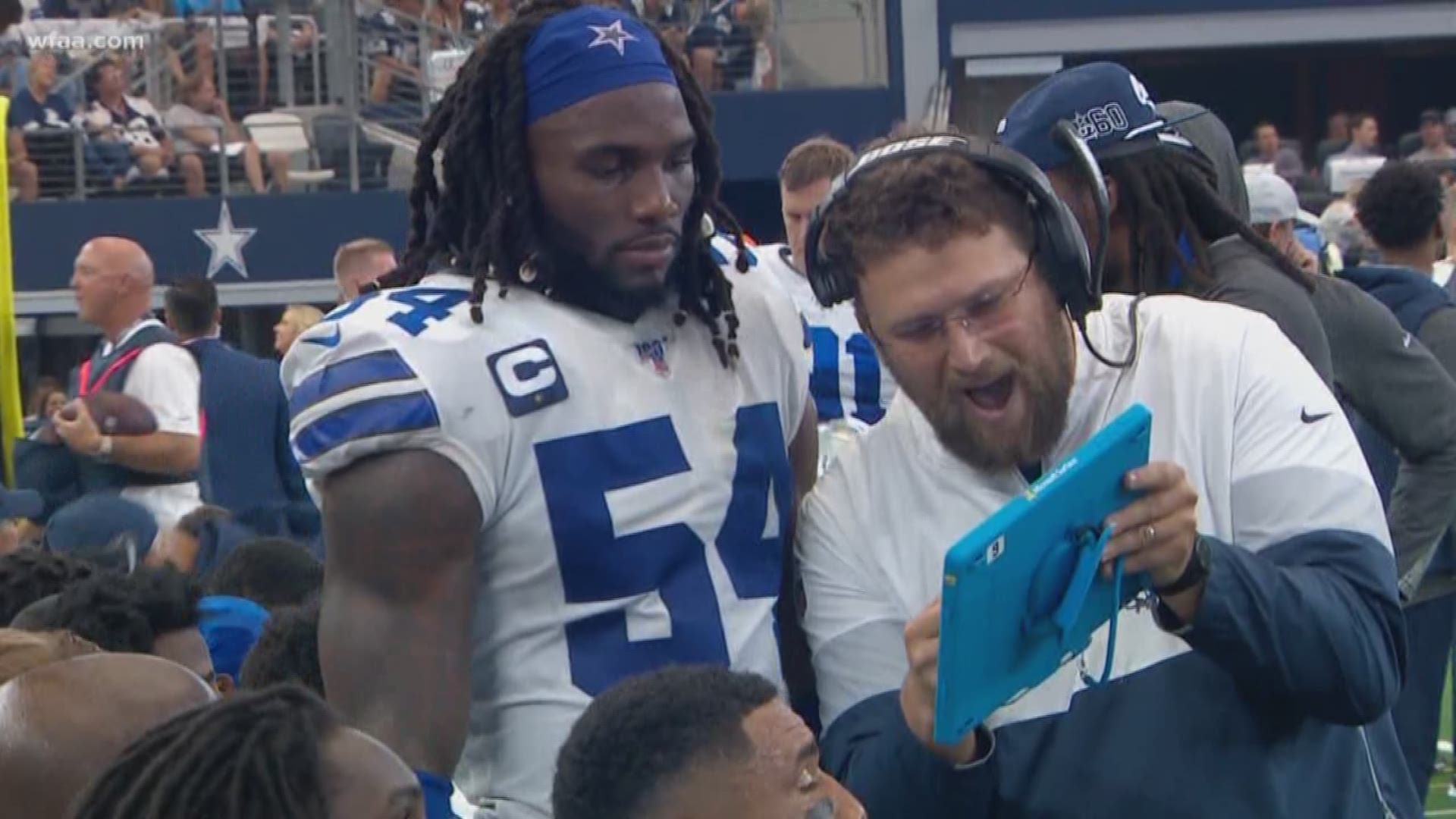 FRISCO, Texas — In the midst of a two-game tailspin, the Cowboys don't need a magic formula to turn things around. Getting back to the basics should do the trick.

"No, it’s not rocket science, just basic fundamentals,” said linebacker Jaylon Smith of what the Cowboys defenders need to do.

But changes need to occur on both sides of the ball because they've been committing football’s cardinal sins.

"We’re facing adversity right now,” said receiver Randall Cobb. "We have two directions we can go from it, so it’s on us to make a decision.”

They might want to decide to get the ground game going. Zeke Elliott has had 30 carries in the last two games. It's the lowest two-game total in his career.

Granted, part of it is situational, but that doesn’t change the fact. Elliott, for his part, says it’s not as simple as just running the ball more.

"I just think it starts with us as players playing more edgy,” he said. "Just come out there, be more physical. We’ve got to hit those guys and get back to our identity."

Another football fundament the Cowboys must improve upon - stopping the run. You can go all the way back to the days of Knute Rockne and that’s where it starts defensively. The Cowboys weren’t good enough against the Packers, and it didn’t help that they missed a whopping 12 tackles.

"It’s something that can’t happen,” said Smith. "It can’t happen, but you know it’s the National Football League and it’s all about how you respond.”

Meanwhile, defensive end and team leader Demarcus Lawrence says back to the basics is the way to go, "the basic fundaments,” he said, “team tackling, getting to the ball, wrapping up the ball carrier and bringing him down. That’s what’s been missing."

Knowing what to do is not a problem. Actually doing it, well, that's another issue.